DOLPHINS: WORST MIAMI TEAM EVER? NATIONAL PUNCHLINE COMING. MY NEWEST COLUMN: When the losing is this bad, the mocking follows. And that can be worse. It kicks you when you’re way down. It laughs at your pain. Belittles your pride. The Miami Dolphins are getting it already, two games in. The booing, the paper bags over heads, the Tanking Army among your owns fans 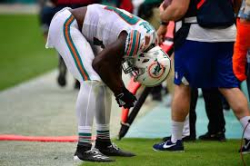 delighting in the defeat — that isn’t even the worst of it. Becoming a national joke is. Sunday on Fox Sports’ NFL show, Cooper Manning (inexplicably) has a segment. This week the older brother of Peyton and Eli was doing a bit with two Ravens players. Cooper mentioned that Seahawks and Dolphins weren’t real animals, the setup line. One of the Ravens then said, "Dolphins are real." [Short pause] "Their team isn’t!" Cooper delivered the punchline as funny music ended the segment. Soon the Dolphins’ epic terribleness will reach the late-night monologues and be fodder. I happen to be buddies with someone connected to the "Saturday Night Live" writing staff gearing for the Sept. 28 startup of its new season. I asked whether the Dolphins’ woes might make the Weekend Update segment. "On the radar," he texted back. "Just need them to keep being awful." Never on a football field, a basketball court, a baseball diamond or a sheet of ice has South Florida seen a professional sports team this bad. The use of the phrase "professional" team feels dubious, although, technically, this is one. The Dolphins have lost 59-10 and 43-0 — the worst start by any team in the NFL’s 100 seasons — and yet, with no remorse evident, players get paid, anyway. Beleaguered rookie coach Brian Flores, handed a depleted team with an eye on the future, not now, can only put his head down and shoulder on. "We come in, we make corrections and we move on," he said Monday afternoon at camp. Then, as if firing a preemptive strike against reports of unrest and some players wanting out: "We don’t point fingers," he volunteered. "We don’t make excuses. There’s a room full of guys who aren’t doing that." When I say Flores’ Fins are our worst Miami team ever, that covers 137 combined seasons of Dolphins, Heat, Marlins and Panthers, and a fair share of losing. For the full column -- updated to include last night's trade of Minkah Fitzpatrick to Pittsburgh for a first round draft pick -- visit Worst Miami Team Ever? Epic Losing Already Making Dolphins A National Joke.

Other most recent work: Quit Whining! Yes Dolphins Are Tanking, And Yes They Should / Also: It's Up to Today's Dolphins to Defend Shula's Legacy / Herald Week 1 QB Rankings / The Dolphins aren't awful. They're worse than that (game column from opening loss).

NFL PIX 'N FANTASY RESULTS: WEEK 2: NFL picks--Improved. Bounced back a rough start with a solid 11-5 mark overall and 8-8 against the point spread. LeBatard Show fantasy--Yes! Greg's Lobos crushed Mina Kimes 140-96.9 to go to 1-1, led by Patrick Mahomes' 39.6 points and and unexpected 22-and-change from Vance McDonald and Tyler Boyd. Friends n' family fantasy--Ouch. Lobos fell to 1-1 with a 128-114 loss. Led into Monday behind a combined 50 from RBs Dalvin Cook and Saquon Barkley, but got buried on MNF by 49 combined from my opponent's Odell Beckham Jr. and Le'Veon Bell. 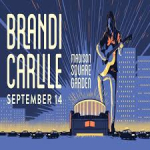 MY WEEKEND IN NEW YORK CITY: Wife and I spent a long weekend in New York City that was splendid for three main reasons: 1) Saw "To Kill A Mockingbird" Friday night on Broadway at the Shubert Theater; 2) saw Brandi Carlile and Mavis Staples on Saturday night at Madison Square Garden; and 3) lucked to be able to miss Sunday's 43-0 Dolphins home loss to New England. Not sure which would qualify as the highlight, although the first two were hard to beat. "Mockingbird" was everything I thought it would be and more, which A-list performances especially from Jeff Daniels as Atticus Finch and Celia Keenan-Bolger in a Tony Award-winning turn as his daughter Scout. It didn't hurt that we had front-row seats and were six feet from where Daniels/Finch sat onstage during courtroom scenes. Catch this play when in NYC if you can. Highly recommended. As for the concert? Well I have been a Mavis fan since the Staple Singers in the '70s and an admirer of her activism and her heart my whole life. Brandi Carlile came into my life like an epiphany just this year, and with such impact I goaded my wife into this trip mainly to see that twin-bill with Mavis opening at a sold-out MSG. It did not disappoint. An emotionally moving concert. Mavis is a national treasure still going strong at 80. Discover Brandi if you have not already, and thank me later.