[Three notes: 1) No live chat today because of a conflicting assignment. Chat returns next Wednesday to its regular 1-2 p.m. slot. 2) Click on King George for today's column by me, an ode to retiring St. Thomas Aquinas football coach George Smith. 3) Join us at Twitter.com/gregcote. It's free, and you'll get your money's worth].

WHAT DOES HEAT'S LOSS IN BOSTON "MEAN"? [Update: LeBron James and Dwyane Wade were among seven NBA players with brief voice roles in Sunday night's "The Cleveland Show." Don't worry, the show isn't about the Cavs]. I love the rampaging overanalysis of the Heat, and the 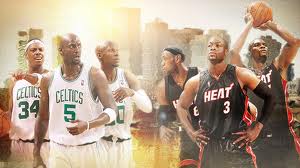 predictable, hand-wringing conclusion that a three-point loss in Boston Sunday dooms Miami to never get out of the Eastern Conference in the playoffs. Is February not a long way from June? The problem for now is that both teams have a Big 3 but Boston has a (much) better fourth in point guard Rajon Rondo, and also better bigs in the low post in Glen Davis and Kendrick Perkins. Not sure that Udonis Haslem's eventual return will solve that. Coach Erik Spoelstra (and Pat Riley, behind the curtain) need to find how to beat the Celtics in a way they obviously (0-3) haven't so far. There also are shades of sobering gloom in Miami being 1-6 vs. the six teams with the best records in the league. Let's take a temperature read on how confident Heat fans are in an NBA title with the season nearing the two-thirds mark and the all-star break near. Try to vote not wishfully, but realistically. Honestly. Vote and say why.

SPORTS ILLUSTRATED SWIMSUIT ISSUE: The 2011 edition hits newsstands today/Tuesday. Pictured left is the 2010 cover with Brooklyn Decker, and right is new 2011 cover model Irina Shayk. I'm not sure if it is deft marketing or genuine interest that this annual issue is received with such excitement. It's not as if SI is the only mag offering tastefully presented skin. Not as if bikini models can't be found elsewhere. I think much of it is tradition (the swimsuit issue started in 1964) and marketing, such as David Letterman revealing the identity of the 2011 cover model on last night's show, with his Top 10 list presented by a small army of SI bikini-ites. God bless America!

BE A CANE, FOR NO APPARENT REASON: UM athletic department has created a new brand-building fan site called BeACane.com, which allows you to upload a photo of your face onto a Hurricanes football uniform -- so it's like you're an actual player! Try it if you're incredibly bored.

A VALENTINE FROM KATIE AND I: Happy Valentine's Day everybody. University of Miami women's basketball coach Katie Meier took time out from her newly 13th-ranked team and busy schedule to dance the samba with me for this video valentine from us to you. Wasn't that nice of her? Click HERE to watch, listen and enjoy!

CANES' 2011 FOOTBALL SCHEDULE LOOKS REASONABLE...: Here it is, newly announced: Sep 5 @ Maryland; Sep 17 vs Ohio State; Sep 24 vs Kansas State; Oct 1 vs Bethune-Cookman; Oct 8 @ Virginia Tech; Oct 15 @ North Carolina; Oct 22 vs Georgia Tech; Oct 27 vs Virginia; Nov 5 vs Duke; Nov 12 @ FSU; Nov 19 @ South Florida; and Nov 26 vs Boston College. Being realistic, my initial reaction is that the probable losses are Ohio State, Va-Tech and FSU. The should-be automatic wins are K-State, Bethune, Georgia Tech, Virginia, Duke and Boston College. And the swing games are Maryland, North Carolina and South Florida. Handle who you should, take two of three swing games and pinch one of the three toughest ones and you're at 9-3 entering a substantial bowl game, Al Golden. Simple as that. Any questions?

COACH K LIKES FRANK HAITH: You know your job security might be starting to get shaky when the opposing coach who just beat you volunteers effusive praise. This was Duke's Mike Krzyzewski after Sunday's game: "I think Frank's done a remarkable job with this team." And, "I think he's done as good a job as anybody in the league." The question is whether UM athletic director Kirby Hocutt will agree if the Canes (15-10, 4-7 ACC) miss both the NCAA Tournament and NIT again.

HEAT KING-O-METER UPDATE: Update on our unpopular King-o-Meter, tracking which of Heat's would-be Kings is having the better overall season. This is after 52 games, through Sunday's loss in Boston: LeBron James leading Dwyane Wade by 3,011.14 King points to 2,644.31 in our cumulative ranking factoring 10 statistical categories. The two are tied in games led, 26-26. (Regular updates here in the blog whenever you see the crown symbol pictured). 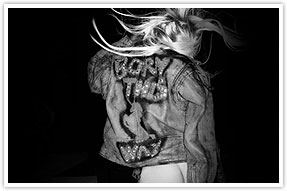 GAGA AT THE GRAMMYS: Guilty pleasure. I like Lady Gaga. I admit it. Also like her new song, "Born This Way," although the echoes of Madonna (especially "Express Yourself") are a little too real for comfort. (Yes I am aware the photo here has a slight crack in it. I assume she'll be getting that repaired...) Highlight of the Grammy Awards, for me: Watching Justin Bieber work hard to not look crestfallen when somebody else' name was called for Best New Artist. The sound you heard at that moment: A nation of 14-year-old girls weeping incredulously. 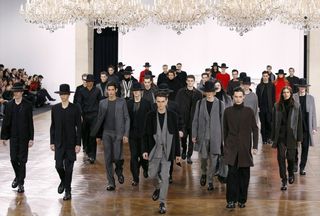