NOW LET'S HOPE PACQUIAO-MAYWEATHER IS WORTH THE WAIT: The camps of Manny Pacquiao and Floyd Mayweather Jr. have been negotiating six years to make this happen -- six years! -- and now (supposedly) it 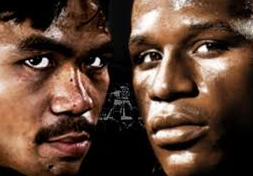 finally will, on May 2, in Las Vegas. This is the fight for the ages, the one to save the sport, the one to set pay-per-view records, the one to remind UFC that a major boxing title fight (this for the welterweight crown) still rules the fighting world. Credit the Miami Heat for a small role, perhaps in making this happen. Recall Pacquiao and Mayweather met courtside at a Heat game here three weeks ago -- astonishingly the first time the two had ever met and conversed. The unbeaten Mayweather opens as a betting favorite, the bigger question is whether two past-prime fighters can put up a show that lives up to the hype ... and the wait. Pacquiao just turned 36; Mayweather turns 38 on Tuesday. We're wondering here who you hope will win and also who you predict will win. Heart vs. mind. The answer for you may be one in the same. Or not. Take a dip in our poll and say why.

HOT BUTTON FEB. 22: TOP 10 THINGS SOUTH FLORIDA SPORTS FANS ARE TALKING ABOUT: Our blog-exclusive Sunday feature is an expanded, updated version of what appears in the Sunday pulp editions. Hot Button means what's on our minds, locally and nationally, as the sports week just past pivots to the week ahead:

1. HEAT: Dragic arrives but Bosh out for season in wild, emotional week: In a late-week whirlwind Miami fans cheered the trade for Goran Dragic then mourned Chris Bosh's medical news -- blood clots on his lungs that will shelve him the rest of the season. Almost forgot. Dwyane Wade returned from injury. Otherwise, slow week for the Heat.

3. BOXING: Mayweather-Pacquiao fight is (finally!) set: The May 2 bout in Vegas, finally on after some six years of negotiations, is expected to set pay-per view records. Question now is whether two past-prime fighters -- Manny Pacquiao is 36 and Floyd Mayweather is about to turn 38 -- can produce an event worthy of the hype ... and worth the wait.

6. UM BASKETBALL: Canes men miss big opportunity at Louisville: Miami, on the bubble in terms of making NCAA Tournament, blew a late lead and lost 55-53 Saturday at No. 12 Louisville, missing what would have been a huge win. Should coach Jim Larranaga's Canes wind up settling for NIT instead of being on the Big Dance card, they'll maybe blame this.

7. PANTHERS: Cats blow chance to take over No. 8 seed in East: Florida lost 4-1 at Ottawa last night when a win would have overtaken the idle Boston Bruins for eighth and final playoff spot in NHL’s Eastern Conference. Hey, when your team last won a postseason series in 1996, close counts and this is Playoff Fever.

8. NFL: Scouting Combine nears conclusion in Indianapolis: And, really, other than questions about his weight problem, his shoulder weakness and all of the baggage of his immaturity-fueled college shenanigans, it was a great Combine for Jameis Winston.

9. GOLF: Honda Classic in Palm Beach loses Tiger Woods: PGA Tour’s Honda Classic starts in four days, but sans Tiger Woods, who is taking a short break from golf. Jack Nicklaus called Tiger’s struggles "between his ears." NBC analyst Johnny Miller said he "must have demons in his head." On the other hand, Sigmund Freud thinks Tiger’s problem is just a hitch in his backswing.

10. MLB: Baseball institutes speed-up rules: Effective this year, for example: Hitters must remain in batter’s box after asking for time, and pitching changes will be on the clock. Good! I don’t wanna say baseball got much too slow, but the sport fell so far behind it is just now about to begin the 2009 season. 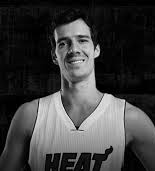 Bosh sidelined for the remainder of the season with blood clots in his lungs, this unveiled the post-Bosh Heat. With Dragic here and Dwyane Wade back, this is your new-look team. And if last night was any sort of good test and good gauge, Miami could struggle to make the playoffs without Bosh. Miami had whipped the awful Knicks the night before without Dragic, but that was no gauge. When Udonis Haslem makes his first career 3-pointer, Mario Chalmers has eight steals, eight of the only nine players available score in double figures and Tyler Johnson is on the end of an alley-oop dunk, you know the opponent is awful and all things are flowing your way.

Poll result: Heat fans loving -- loving! -- the Goran Dragic trade: We asked, and you had no doubt, with 80.4 percent "loving" and another 16.1% "liking" the Heat's trade for point guard Goran Dragic. Fewer than 4% disliked or hated the deal.

Poll result: Athletes should deal with media, but it's arguable: Little consensus. We asked if leagues and teams had a right to expect players to be available to media, and it was 47.8 percent yes and 43.8% no, with 8.4% undecided. 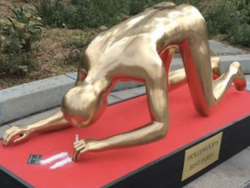 SATIRIZING THE OSCARS: The Academy Awards are Sunday/tonight as most know, and I found funny the pictured work of a Los Angeles street artist named Plastic Jesus. (Yes, Plastic Jesus). It depicts an iconic gold Oscar statuette on all fours snorting two lines of cocaine. The sign reads, 'Hollywood's Best Party.' Ah, artistic freedom! It's a wonderful thing. Although Academy Awards lawyers may not have agreed. The display was soon removed.

Check back many times daily because we constantly update and add to our latest blogposts...