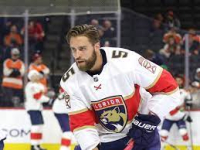 GREG COTE SHOW PODCAST: NEW EPISODE! AARON EKBLAD, GREG DOESN'T KNOW MOVIES, LOBOS: HARD KNOCKS!: Our 43rd episode of 2022 and 134th overall is out now! New episode drops every Monday at 7 a.m. ET on Apple, Spotify and wherever you pod. Find all 134 we've done so far HERE. In our newest .episode: A fun edition of 'Greg Doesn't Know Movies, special guest Aaron Ekblad (left) of the Florida Panthers, and a new Greg's Lobos/Hard Knocks. Also, Cheating scandals in chess, billiard and fishing; Dolphins-Jets talk; Dad joke of the week and more. Hit up GCS2243 for full story on latest ep, and watch our weekly YouTube preview. Thanks as always for the support, pod family. Please listen, review, follow, subscribe and so forth. We simulcast on Sirius XM, too, Mondays from 5-6 p.m. ET. And now our podcast has a website and merch store! Check it out at TheGregCoteShow.com and visit the store by clicking 'Shop'. New items including Greg's Lobos T-shirts and hats! Also check out our podcast's new YouTube channel.

Our NFL Week 5 picks: We're coming off our second straight double-digit wins week overall and a season best 9-6-1 mark against the spread. Visit NFL Week 5 Gems to find all of our latest picks for Dolphins-Jets, our Game of the Week Upset of the Week and all the rest. Got off an unlucky start in Thursday night's stinker. Denver led most of the game before falling in OT, 12-9. We had the Broncos winning and covering a 3 1/2-point line. Find that separate capsule at NFL Week 4 Thursday Gem. Oh well. Tally ho! 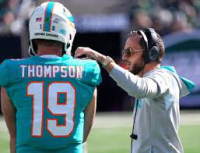 HOT BUTTON TOP 10 (OCTOBER 9-10): WHAT SOUTH FLORIDA SPORTS FANS ARE TALKING ABOUT: Our blog-exclusive Sunday-into-Monday feature is part week-in-review, part look-ahead. Hot Button means what's on our minds, locally and nationally, from a Miami perspective, as the sports week just past pivots to the week ahead. The latest HB10: 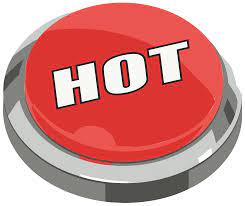 1. DOLPHINS: Oy! Tua out + Teddy hurt = 40-17 loss at Jets: Miami at 3-1 was a small road favorite at the rival Jets Sunday despite Tua Tagovailoa out concussed and backup QB Teddy Bridgewater starting. Then Teddy got hurt and left after one play. Then 3rd-string Skylar Thompson made his NFL debut. Then: A 40-17 Miami loss. Fins will try to shake off consecutive losses next Sunday vs. Vikings.

2. HURRICANES: Ouch. TVD shines but UM falls to UNC in ACC opener: The Canes had all the pressure on them Saturday at home in their ACC opener as small home favorites over 4-1 North Carolina -- after consecutive losses to Texas A&M and Middle Tennessee (!). They didn't handle it, falling 27-24 to North Carolina for a 3rd straight loss and 2-3 record as Mario Cristobal's woes continue. How does Tyler Van Dyke pass for a Canes-record 496 yards and you still lose!? Miami tries again next Saturday at Virginia Tech.

3. PANTHERS: It's Opening Week for new(ish)-look Cats: Florida wrapped up a 2-4 preseason last night and now it's Opening Week for the Panthers' 29th NHL regular season. Cats open at N.Y. Islanders and start with three on the road before their home debut October 19. A great season ended badly in the second playoff round last year, now it's a fresh start with new coach Paul Maurice and new star Matthew Tkachuk.

5. MLB: Playoffs! CLE, SEA, PHI, SD advance from wild-card: OK Aaron Judge got his AL-record 62nd homer, fell short of the Triple Crown and now forget that because -- postseason! Eight clubs (four AL, four NL) were in the best-of-3 wild-card round and Cleveland, Seattle and Philadelphia were first to advance with 2-0 sweeps. San Diego stayed alive in three games after winning at the Mets Sunday night. In Division Series starting Tuesday it'll be Yankees vs. Guardians and Astros vs. Mariners in the AL, and Braves vs. Phillies and Dodgers vs. Padres in the NL.

6. HEAT: Miami completes NBA preseason this week: Heat is 2-1 in exibitions with fake games left at home Monday and Wednesday vs. Houston and New Orleans. Erik Spoelstra has been all over the map with his lineups/rotations. Notable: Bam Adebayo flexing his offensive side, and at times on the floor with 6-11 Omer Yurtseven. Miami opens the regular season with a four-game homestand vs. the East starting October 19 vs. Chicago.

8. MARLINS: Lousy season ends; new manager, Sandy's trophy on deck: Miami finished 69-93 and fourth in the NL East, a two-game uptick over last season but out of the playoffs for the 27th time in 30 franchise years. Atop the to-do list: A managerial hunt is underway as Don Mattingly and the club agreed to part ways after seven seasons. And Sandy Alcantara is the NL Cy Young favorite, which would be a club first. Real priority should be the owner spending big in free agency for offense, but don't hold your breath.

9. SOCCER: USWNT loss caps dispiriting week in women's soccer: USWNT fell 2-1 to England in a friendly at Wembley pitting the No. 1-ranked World Cup champion Americans and the No. 4-ranked Brits who just won the Women's Euros crown. U.S. coach Vlatko Andonovski said he was proud of his players for "even being on the field" after just days after the release of a bombshell report detailing systemic abuse in women's soccer in the U.S. The independent investigation especially detailed abuse within the National Women's Soccer League (NWSL) and charged that the that the league and governing body U.S. Soccer failed to adequately protect players.

10. COLLEGE FOOTBALL: 'Dawgs leapfrog 'Bama for No. 1 in AP poll: No. 1 Alabama edged Texas A&M 24-20 Saturday while No. 2 Georgia more impressively thumped Auburn 42-10. Bulldogs moved to NO. 1 in new AP poll, with Ohio State second and 'Bama falling to third. Five more Top 25 teams lost, though the highest-ranked to lose were No. 11 Utah and No. 13 Kentucky.

Missing the HB10 cut: Max Verstappen won Formula One season title at Japanese Grand Prix to clinch his second straight championship with four races left ..... Indonesian police are bringing criminal charges against three officers and three civilians for their roles in the deaths of 131 people at a soccer match when police fired tear gas inside a stadium, setting off pandemonium ..... Cheating scandal engulfs chess world! Hans Nieman, 19, is accused of skullduggery at U.S. Chess Championships in St. Louis in wake of his upset of world champion Magnus Carlson. Nieman is alleged to have received advice on moves from his coach via wireless vibrating anal beads. Hey, this is a blog! I couldn't say it if it weren't true! ..... NFLPA agreed to toughen concussion protocols in wake of situation with Dolphins' Tua Tagovailoa. The NFL response: Changes are "likely" but no timeline has been set ..... Sixth of 10 NASCAR playoff races is Sunday in Charlotte. Homestead is up on October 23. Season champion will be crowd November 6 in Phoenix ..... Golden State Warriors are probing how video of Draymond Green punching Jordan Poole during practice was made public. Green apologized ..... Tom Brady's ugly divorce over his changing his mind and unretiring has gone all public as he and Giselle Bundchen have both lawyered up ..... No surprise, but Lionel Messi confirmed the upcoming 2022 World Cup would be his last ..... The Greg Cote Show podcast is back with a new episode out Monday at 7 a.m. ..... Update: Countdown now 1,344 days (give or take) until Miami hosts its first match in soccer's 2026 World Cup.