1) It's SATURDAY, MARCH 26. I was back in with the Le Batard Show this week. 2) Hot Button Top 10 had the Sunday off. Plan to be back with it next week. 3) Visit BIG GAME: THE MUSICAL for Le Batard Show's latest venture -- which includes a song by me and reached No.1 on iTunes chart! 4) Join me on Twitter, Instagram and Facebook. Follow the Greg Cote Show podcast separately on Twitter, Instagram and now TikTok, too! 5) In The Previous Blogpost (ITPB): Dolphins getting Tua more help but it's on him now; Why March Madness mania is rooted in psychology; Brady's comeback about holding on to who he is; new Greg Cote Show podcast. 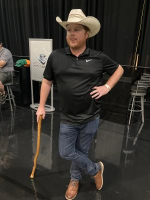 GREG COTE SHOW PODCAST: NEW EMERGENCY EPISODE ON TYREEK OUT NOW!: We dropped a surprise bonus episode last night on Dolphins' blockbuster trade for Tyreek Hill, our 14th episode of 2022 and 105th overall. A scheduled new pod drops each Monday morning at 7 ET on Apple, Spotify, Google, Amazon, Stitcher, Megaphone, iHeart -- wherever you pod, and of course at MiamiHerald.com. Find all 105 we've done so far HERE, free. Our latest pod out Monday is chockablock full, featuring a live report from the debut of Chris Cote (pictured) as Cesta Cyclones jai-alai team owner, including interviews with Dan Le Batard, Mike Ryan, Roy Bellamy, Jessica Smetana and Chris' mother and wife. Also in the ep: Greg botches the debut of his "Gerdle" word game; major music artists who shockingly never had a No. 1 hit; Mount Gregmore of our strangest podcast guests; the psychology of March Madness mania; and new Yeti song, "Greg Cote Tuesdays." Hit up GCS2214 (bonus) and GCS2213 for the full story on this weel's TWO new eps, and watch our weekly YouTube preview of latest episode HERE. Thanks as always for the support, pod family. Please listen, review and follow. Our pod also simulcasts on Sirius XM every Mondays 5-6 p.m. ET).

Personal note and thanks: I'm honored to have again been named by Associated Press Sports Editors as national Top 10 columnist for 2021 in '22 judging. The four nominated columns that won us APSE distinction: Inter Miami’s David Beckham and Qatar a budding, avoidable controversy / Hall of Famer Jimmy Johnson knows biggest victory happened in own family / Scorned, but does he deserve empathy? Behind who Aubrey Huff became and Dolphins sabotaging Tua with interest in Watson 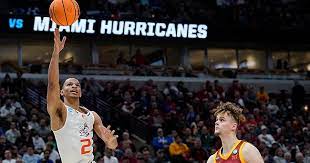 Dolphins' Moves Help Tua, But Isn't About Surrounding Cast. It's On him

Why Do We Love March Madness This Much? First, Look In The Mirror

Hilltop: The most recent five after that: Brady's Comeback Not About Another Ring. It's About Holding Onto Who He Is / When Spoelstra Joined Heat's 'Inner Circle' And Became Riley's Next Coach / Why Brittney Griner Is Lost In Russia / The Resurgence Of Miami Hurricanes Basketball as March Madness Nears / Chris Cote To Save Sport Of Jai-Alai

Other recent columns: Brady A Dolphins Part Owner? Why It Could Happen / Why Derek Jeter-Marlins Marriage Fell Apart / Players Are On Right Side In Labor Dispute, But MLB Has Far Bigger Problem To Fix / Mickelson's Support Of Saudi Tour Mirrors Sports' Blind Eye to Human Rights / Top 15 Figures (Non-Athletes) In Miami Sports History / Who Dolphins, With Windfall To Spend, Should Target In Offseason To Fix Offense Fast / Hall of Fame Keeps Saying No, But Zach Thomas Keeps Feeling Gratitude / McDaniel Overcame Much In Own Life, Now Must Overcome Dolphins' Turmoil And Win / An Inside Preview Of Le Batard Show's Upcoming Musical. Yes, Musical / The Lesson For Dolphins in Rams-Bengals Super Bowl Result / Ranking Flores/Ross Bombshell Among Biggest Dolphins Scandals / Ross Should Be Done As Fins Owner if Flores Allegations Are True  / The G.O.A.T. We Never Saw Coming: From 199th Drafted To History, A Salute To Tom Brady / Like Him Or Don't, Antonio Brown Not Always To Blame -- And Wasn't In Bucs Divorce / Ortiz Makes Hall, But Final Denial Of Bonds, Clemens A Shame on Voters, Baseball / Mahomes-Allen Air Show A Reminder How Much Better Dolphins And Tua Need To Be / Time Is Right (But Running Out) For MLB to Reinstate Pete Rose /'There Was A Pall On Us': The Panthers Season That Would Not Be Derailed / No-Vaccine Is Your Right. But There Are Consequences as Djokovic Was Reminded / State Of Miami Sports: Every Major Team, Graded Top To Bottom / Dolphins Firing of Flores The Unjustified Travesty Of A Clown-Show Owner / Canes Land Grand Prize In Cristobal, So No Excuses Left. New Glory Days A Must and 50 Years At the Herald For Me -- And a Lifetime Of Gratitude.

Select other columns: Dolphins Win, Finish 9-8, Now Must Commit To Build Around Tua / Why Saban 'What-If' Still Haunts Miami 15 Years later / No Playoffs And No Idea Yet On Tua Worst Possible Way For Dolphins To End Season / Revealing My 2022 Baseball Hall of Fame Ballot / UM Legend Frank Gore Talks NFL Future, Cristobal, Boxing As He Prepes For Ring Debut / Tua Keeps Showing Dolphins How Silly They Were To Doubt Him So Soon / UM And Blake James Parted Ways With Class -- Which Butch Davis Didn't Get From FIU / Quenneville Rightly Sacked as Panthers Coach Over 2010 Chicago Scandal / As Dolphins' Dysfunction Surrounds Him, 10 Ways Tua Is The Unluckiest Man On Earth / State of the Art: Heat, Miami's Best-Run Franchise, Sails In Opener / 'Time to Hunt': Cats' Hyped Season Off to Wild, Winning Start / Dolphins Fans, Ex-Players Gather For Emotional Farewell to Don Shula, Father of the Glory Days / If Sports Had A Spine, Kyrie Irving & Other Anti-Vaxxers Wouldn't Be Playing / Kyle Lowry Must Channel 'Doctor Of Greatness' If Heat Is To Chase NBA Title / Fairy Tale With Wrong Ending: Remembering Jose Fernandez 5 Years Later / Miami Herald's 2021 NFL Team Rankings: You Won't Believe Where Dolphins are / Why Dolphins, Canes Should Be Taking Lead In Requiring Fans To Be COVID-Vaccinated / An Appreciation of Udonis Haslem As He Re-Ups For 19th Heat Season / College Football and FSU Lose a Treasure In Passing Of Bobby Bowden /  Biles' Withdrawal For Mental-Health Reasons Merits Empathy, Not Scorn / Where Dolphins Rank Among Teams With Longest Championship Droughts / Hot Seat Scale: Ranking Miami's Biggest Coaches By Most to Least Job Security / May Sha'Carri Richardson Be Last Victim Of Olympics' Archaic Marijuana Rules / 'I'm D'Eriq King For College Hunks Hauling Junk!' It's Strange New World in College Sports / Nassib Coming Out As Gay NFL Player A Milestone In Sports History / Fate Snatched Basketball From Chris Bosh. His new Book Is Part of His Journey Of Healing / Where's Tua? Ranking Our Top 15 South Florida Pro Athletes 25 And Younger / Pythons, Peppers, Pirate Flag Raised. Inside Le Batard's 24-Hour Triumph / Le Batard Bet On Himself And His Audience -- And Won Big / Justice For George Floyd Helps Heal Our Shaken Faith, But Fight For Equality Goes On / In History And In Hearts, Howard Schnellenberger Will Matter For All Time / Women Keep Accusing Deshaun Watson of Sexual Misconduct. But Will It Matter to NFL? / Reality, Loss, Comeback: How Sports Has Been Guiding Light In America's Awful Past Year / Beckham's Resolve Tested By Tumult As Inter Miami Nears 2nd MLS Season / Time-Travelling To 1960s And Childhood, When The Baseball Card Was King / Doesn't Matter If Tiger Woods Never Wins Again. We Are Lucky He's Alive / Marlins Hit History-Making Home Run With Kim NG Hire As GM / In a Pandemic-Battered Season For FIU, Butch Davis' Love Of Coaching Survives / Don Shula, 1930-2020, R.I.P. / What Shula Meant to a Father & Son. The Boy Was Me.

Revisit this blog often because it updates regularly. The Associated Press Sports Editors writing awards again this year ranked the blog's author a Top 10 national sports columnist in the major-outlet category. Greg is also a regular on the Dan Le Batard Show With Stugotz.