1) It's SATURDAY, JANUARY 1, 2022. HAPPY NEW YEAR! 2) R.I.P. Betty White, gone on New Year's Eve. She missed 100 by 18 days. 3) R.I.P., John Madden. A football legend in so many ways. Had a chance to interview him once many years ago and he could not have been more generous or giving of his time. 4) Join me on Twitter, Instagram and Facebook. Follow the Greg Cote Show podcast separately on Twitter, Instagram and now TikTok, too! 5) In The Previous Blogpost (ITPB): Hot Button Top 10, NFL Week 16 picks, Greg Cote Show podcast.

GREG COTE SHOW PODCAST: SPECIAL EPISODE WITH BELOVED HUMORIST DAVE BARRY OUT NOW!: Our 49th episode of 2021 and 91st overall is out now -- and it's must-hear special. A new pod drops Mondays at 7 ET on Apple, Spotify, Google, Amazon, Stitcher, Megaphone, iHeart -- wherever you pod, and of course at MiamiHerald.com. Find all 91 we've done so far HERE, free. In our latest episode: Pulitzer Prize-winning author and humorist Dave Barry (pictured) joins us for a lengthy conversation ranging from the inanity of his 2021 Holiday Gift Guide to a serious talk about some of the personal tragedy he's lived through and how that has influenced his humor. Also in the new episode: My Dolphins Christmas song, Fins' winning streak, Greg's Lobos update and more. Thanks as always for the support, pod family. Please listen, rate, review and follow. (Our pod simulcasts on Sirius XM every Monday 5-6 p.m. ET). We're taking the holiday week off -- no new episode out this week -- so it's the perfect time to catch up on our latest episode or back catalog!

NFL WEEK 17 PICKS: DOLPHINS-TITANS, 2 BIG UPSETS, ALL THE REST: Our second-half heater resumed in Week 16 as went a big 12-4 overall and a solid 10-6 against the spread. Nailed Titans’ upset of Niners and Colts’ miniupset of Cards, and also had Lions-with-points covering at Atlanta. Had some bad luck related to the fact our picks are locked in on Thursdays. That has hurt us some related to Covid protocols and also injuries, such as Lamar Jackson still with a shot to play when we picked last week. Anyhow, no excuses. With two weeks to go our overall season total has risen and our number against the Evil Betting Line is now above what it was a year ago. Time to finish strong! This week we call two more outright upsets. For those, our Game of the Week, our pick for Dolphins-Titans and all the rest, visit NFL Week 17 Gems. 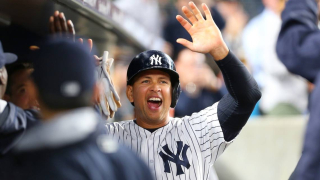 A BASEBALL HALL OF FAME VOTER (ME) EXPLAINS HIS 2022 BALLOT: The National Baseball Hall of Fame in Cooperstown, New York, is a quaint place lost in time. It’s a village with an estimated 1,750 people actually living there. It is a Norman Rockwell painting. You aren’t sure what decade you’re in. The Hall’s address is Main Street, although that might have gone without saying. Getting into the Hall of Fame is rather a quaint process, too. As if the Internet did not yet exist. The Baseball Writers’ Association of America mails the latest ballot every December to the 440 voting members — I am honored to be one — and they are due back by December 31. You fill out the paper ballot by hand. Old school, a self-addressed, stamped return envelope is included. For 53 cents (pre-paid), my ballot is mailed to an address in Bayside, New York, an upscale neighborhood in Queens, where a BBWAA official will count them by hand. Results will be announced January 25 and the 2022 induction held July 24. But who gets into sports’ most famous Hall of Fame and why — that is not simple, or quaint. Used to be, before steroids, when a voter had the luxury of just crunching stats, but all that changed with performance-enhancing drugs (PEDs) and their great influence over said stats. I reveal and discuss my 2022 ballot in my latest column. This is the final year for Barry Bonds and Roger Clemens' eligibility and the first for Alex Rodriguez (pictured), so the vote will be under particular scrutiny. For my full column, visit: Revealing And Discussing My 2022 Baseball Hall of Fame Ballot.

Column off Dolphins' Monday night win: Hey, America, After 7th Straight Win, Do Miami Dolphins Have Your Attention Yet?

Most recent other columns: Duuuuuke Lifts Fins to 6th Straight Win, .500 / Canes Land Grand Prize In Cristobal, So No Excuses Left. New Glory Days A Must / UM Legend Frank Gore Talks NFL Future, Cristobal, Boxing As He Prepes For Ring Debut / Tua Keeps Showing Dolphins How Silly They Were To Doubt Him So Soon / 50 Years At the Herald For Me -- And a Lifetime Of Gratitude

(*) OUR PICKS: BIG WEEK AS STRONG FINISH CONTINUES: Our recent hot streak resumed in Week 16 as went a big 12-4 overall and a solid 10-6 against the spread. Nailed Titans' upset of Niners  and Colts' miniupset of Cards, and also had Lions-with-points covering at Atlanta. Had some bad luck with timing of Covid stuff (our picks are in on Thursdays), but still did well overall.

(*) GREG'S LOBOS: A WIN SENDS US ONTO THE CHAMPIOSNHIP GAME!: After a first-round playoff bye the Lobos won big in the semifinal game last week, 139-121, over my nephew Joe, led by 40 points from Joe Burrow, a last-minute sub for injured Lamar Jackson. We are now in the championship game of PFPI Fantasy, our 10-team friends 'n family league. My opponent? Eldest son Christopher. He's going for his third league title and me my first. Go Dad!