1) It's MONDAY, NOVEMBER 2. I'm on ESPN's Le Batard Show today, 11 a.m. to noon, to talk Tua. 2) Hope y'all had a safe Halloween, and now happy November! (Sure hope so, anyway. Know soon enough). 3) The Greg Cote Show podcast is now separately on Twitter and Instagram. Join us on both! 4) In The Previous Blogpost (ITPB): Hurricanes bye-week look ahead, NFL Week 8 picks, Greg Cote Show podcast Episode 34 & more. 5) Join me on Twitter and Instagram.

GREG COTE SHOW PODCAST: NEW EPISODE OUT NOW!: Our Miami Herald podcast debuted in March and the new Episode 35 is out now! A new pod drops every Monday morning on Apple, Spotify, Google, Stitcher, Megaphone, iHeart -- wherever you pod, and of course at MiamiHerald.com. Find all 35 we've done so far RIGHT HERE for free. Please listen, subscribe, rate and review. In new Ep35, myself and Chris dive deep into the first career NFL start of new Dolphins QB Tua Tagovailoa -- and Greg debuts his new tribute song! Also, a new Greg's Top 10 and Mount Gregmore -- the R's. Hear all that and more on the new Greg Cote Show podcast! 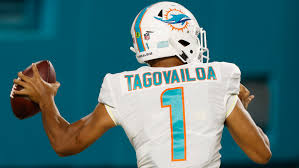 G7: DOLPHINS 28, L.A. RAMS 17: BIG DEFENSE MAKES TUA'S FIRST CAREER START EASY: My column off the game: Dolphins Defense Makes It Easy For Tua In First NFL Start. ..... Original post: It's time. Tua time. Time for the most-anticipated first start by any Miami Dolphins rookie since Dan Marino on October 9, 1983. Quarterback Tua Tagovailoa takes the football from Ryan Fitzpatrick, who was openly disappointed to give it up after leading two wins in a row and three in the past four games. The Fins’ recent success and Fitzpatrick saying he was "heartbroken" by the decision only increases the pressure on Tagovailoa to be good right away and justify the timing of coach Brian Flores’ QB switch. Having a snorting bull named Aaron Donald across the line of scrimmage won’t make Tagovailoa’s baptism any easier. Typically I’m not huge on the weight of intangibles, but the limited-capacity home crowd witnessing history and the Dolphins themselves will be stoked, firing on adrenaline. South Floridians watching from home will be ravenously glued to Fox starting at 1. Miami is coming off a bye week and L.A. off a short week after playing Monday night — another strong edge. Although these teams rarely play each other, I would also note Fins have won 10 of past 11 over Rams including five in a row in the 3-0-5. More tangible to right now, the Rams and Dolphins rank No. 2 and 3 respectively in scoring defense. Miami averages slightly more points on offense. There is little in the evidence to state the Rams are appreciably better than the Dolphins, or at least that Miami isn’t right there. The wild card on this pick? Tua. A rookie’s maiden start. For this upset to come true Tagovailoa must make quick, sound decisions, the line must give him that extra second in the pocket, and the defense must rise up and insist itself upon a low-scoring game. I see it all happening. My pick: Upset! Dolphins (+3 1/2) over Rams, 23-20. Visit NFL Week 8 Gems for all of our latest previews and picks.

HOT BUTTON TOP 10 (NOVEMBER 1-2): WHAT SOUTH FLORIDA SPORTS FANS ARE TALKING ABOUT: Our blog-exclusive Sunday-into-Monday feature is part week-in-review, part look-ahead. Hot Button means what's on our minds, locally and nationally, from a Miami perspective, as the sports week just past pivots to the week ahead. This week's HB10: 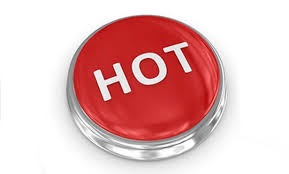 1. DOLPHINS: It. Is. Time. Tua wins first start as Fins whup Rams: Thirty-seven years and three weeks after Dan Marino's first rookie start for Miami, Tua Tagovailoa took his turn on Sunday as the Dolphins hosted and beat the favored Los Angeles Rams at The Rock, 28-17. Was the timing right? Should Ryan Fitzpatrick have been benched now, after two straight wins and three in the past four games? Will Tua be the transformational star Dolfans have longed for since Marino? We have just begun to find out.

2. COLLEGE FOOTBALL: Clemson QB Lawrence tests positive for COVID: Quarterback Trevor Lawrence of No. 1-ranked Clemson tested positive for coronavirus and was held out of Saturday's anxious win over Boston College, as little-known backup D.J. Uiagalelei led a 34-28 comeback. Lawrence also has been declared out for Clemson's huge visit to No. 4 Notre Dame next Saturday in South Bend.

3. HURRICANES: No. 11 UM comes off bye week in 4 days: The now 11th-ranked and 5-1 Canes didn't play this weekend but are back in action Friday night at North Carolina State, with UM expected to be narrow road favorites. It's prime time on ESPN, the latest national showcase for The U. The 4-2 Wolfpack also will be coming off a bye.

4. MLB: Justin Turner's idiocy sullies Dodgers championship: The Dodgers beat Tampa Bay in six games for their first World Series title since 1988, but third baseman Justin Turner quickly kicked dirt on the accomplishment. Turner tested positive for COVID late in the game, was ordered to self-isolate and blatantly defied the protocol. He celebrated on the field with teammates, no mask, no social distancing, putting everyone else at risk of being infected. He shamed MLB and the Dodgers on their crowning night. What a fool.

5. INTER MIAMI: First-year team still chasing playoffs as season wanes: MLS expansion team Inter Miami is 6-13-3 -- a decent 6-8-3 after an 0-5 start -- after Sunday's 2-1 loss at Toronto. Regular season ends next Sunday in Fort Lauderdale vs. Cincinnati. Miami presently stands 12th in the Eastern Conference but is only one point from finishing 10th and earning a postseason play-in game.

6. NASCAR: Sunday completes the Championship 4: Only Joey Logano was safely in the Championship 4 as NASCAR ran its penultimate race Sunday at Martinsville, where the other three spots would be determined for next week's season finale at Phoenix. Denny Hamlin and Brad Keselowski made it -- and Chase Elliott bumped Kevin Harvick for the final spot. Thatm after Harvick won nine regular season races. Hmm. Playoff format need another tweak?

7. FIU: Panthers season derailed by coronavirus yet again: FIU's Friday night home game vs. unbeaten No. 19 Marshall was postponed for COVID-related reasons -- the fourth FIU game this season so far postponed by the virus. The good news? The 0-3 Panthers' fourth loss is delayed, at least. Poor Butch Davis. What a nightmare season, on and off the field.

10. POLITICS: Presidential election is Tuesday: More than 60 million Americans already have early-voted. If you still have not, please do your civic duty on Tuesday. Get out there and vote for the candidate of my choice.

Missing the HB10 cut: World's No. 2 woman tennis player Simona Halep tested positive for COVID ..... College hoops starts November 25 and Hurricanes men and women still don't know their schedules, because, well, pandemic ..... NASCAR announced its 2021 schedule and Homestead-Miami Speedway will host the second race weekend of the season February 20-21, with the secondary Xfinity Series race following by one day the main-race NASCAR Cup Series race. With the Daytona 500 opening the season's schedule, this will mark the first time since 1954 the first two weekends of racing have been held in state of Florida ..... Cream is rising in UEFA Champions League. First clubs to 2-0 in group-stage play are all giants: Bayern Munich, Manchester City, Liverpool, Barcelona and Man U ..... ESPN inexplicably ranked all 116 World Series for excitement. No. 83--'97 Marlins beat Indians. No. 59--'03 Marlins over Yankees. No. 30--'20 Dodgers-Rays in a pandemic. And No. 1--'75 Reds beat Red Sox ..... NFL trade deadline is Tuesday ..... NBA Draft is November 18 ..... Mike Tyson, 54, and Roy Jones Jr., 51, will stage an exhibition fight for charity November 28 in Los Angeles without fans. Oxygen tanks ready! ..... Old rich white guy Jack Nicklaus, 80, endorsed Donald Trump. Or, did that go without saying? ..... The Greg Cote Show podcast's new Episode 35 drops Monday! ..... Update: Countdown now 2,066 days (give or take) until Miami hosts its first match in soccer's 2026 World Cup.