1) It's SATURDAY, APRIL 25. Hang in, stay apart and eventually we rise together! 2) Our Greg Cote Show podcast is now separately on Twitter and Instagram! Follow on both at TheGregCoteShow. 3) Find our latest Back In My Day from Le Batard Show on ESPN Radio HERE. 4) In The Previous Blogpost (ITPB): Our 29th annual Mock Draft, Greg Cote Show podcast & more. 5) Join us on Twitter.com/gregcote and Instagram.

GREG COTE SHOW PODCAST: EPISODE 8 OUT NOW: Our new(ish) Miami Herald podcast, "The Greg Cote Show With Greg Cote," debuted in early March and Episode 8 is now out. Find a new Greg Cote Show every Monday on Apple, Spotify or wherever you do your podding, and of course at MiamiHerald.com. Find all eight episodes we've done so far right here. Please listen, subscribe, rate and review! Our podcast is a variety show: Sports and non-sports, 3-0-5 and national, fun and (when necessary) serious. In Episode 8 we take a deep dive into Dolphins' NFL Draft with ESPN Fins reporter Cameron Wolfe, and, in Stugotz 2.0, he talks Grateful Dead and shares something you didn't know about Dan Le Batard. 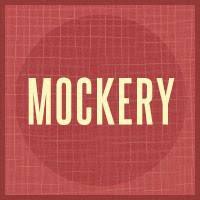 HOW WE DID ON OUR 29th ANNUAL NFL MOCK DRAFT, PICK BY PICK: Our 29th Official Miami Herald NFL Mock Draft lists our forecasts for the entire first round Thursday night, including all three Miami Dolphins picks (scheduled as 5th, 18th and 26th overall). To read our full analysis with capsules on each selection, plus Super Bonus Draft Facts, please visit Greg Cote's 2020 NFL Mock Draft. And here is my draft preview column: Hackers, Barking Dogs, Crazy Pressure: Why Virtual NFL Draft IS Biggest Ever For Dolphins. Follow here along Thursday/tonight as we grade how we did, pick by pick, below:

GREEN CHECK MARK = Partial hit. Had player in round but not to right team.

BLACK 'X' MARK = Strikeout. Player was not selected in first round.

1. Cincinnati Bengals: Joe Burrow, QB, LSU / As expected, Burrow. Never a doubt. So much for that big trade-up by the Dolphins.

2. Washington Redskins: Chase Young, DE, Ohio State / Another no-brainer. If only the rest of the first round were this easy.

6. Los Angeles Chargers: Justin Herbert, QB, Oregon / It's Herbert. I am en fuego in my mock so far!

7. Carolina Panthers: Derrick Brown, DT, Auburn / Brown. Another one right. Pinch me! No, not literally. Keep your social distance.

9. Jacksonville Jaguars: C.J. Henderson, CB, Florida / Henderson gets us back on the Bull's-Eye Train!

11. New York Jets: Jerry Jeudy, WR, Alabama / So close. They took Becton, whom I had going one spot earlier.

18. MIAMI DOLPHINS: TRISTAN WIRFS, OT, IOWA / Right position. Fins take OT Austin Jackson of USC, whom I did not have going in the first round. A reach by Miami or a misfire by me? Mel Kiper had Jackson as his 48th ranked overall prospect, which translates to second round. (Wirfs went 13th to Bucs).

19. Las Vegas Raiders: Jordan Love, QB Utah State / Pick is Damon Arnette, Ohio State CB. Did not have him in my first round.

20. Jacksonville Jaguars: Brandon Aiyuk, WR, Arizona State / They got Chaisson, whom I had going a bit sooner, at 16th.

24. New Orleans Saints: Patrick Queen, ILB, LSU / N'Awlins took C/G Cesar Ruiz, whom I did not have in my first round.

29. Tennessee Titans: Zack Baun, OLB, Wisconsin / Take OT Isaiah Wilson, whom I did not have in my first round.

30. TRADE: MIAMI, FROM GREEN BAY: Michael Pittman, WR, USC / Dolphins get CB Noah Igbinoghene of Auburn, who was not in my first round.

31. TRADE: MInnesota, from San Francisco: A.J. Terrell, CB, Clemson / Vikes get CB Jeff Gladney, who was not in my first round.

Dolphins' Grier Says He Has An Idea On Top Pick. He'd Better Be Right.

Coronavirus, Tua Make This Dolphins' Weirdest, Most Interesting Draft Ever.

Amid a Pandemic, to Florida, Pro Wrestling is 'Essential'.

A Pie Chart of QB Possibilities For Dolphins.

Baseball's Bizarre Restart Plan Would Be Unfair to Players.

Select additional recent columns: Inter Miami Is Market's Sleeping Giant As Home Opener Nears / Beckham, Inter Miami Survive To Finally Reach Opening Week / Jeter Arrives At Camp, Calls Marlins 'Layered With Talent' / Dwyane Wade, His Transgender Daughter And A Lesson In Love / Pressure On Marlins for Big Improvement Now -- and It's About Time / It's Time For Anonymous Lone Voter Who Denied Jeter To Step Forward / Heat And Gloriously Impatient Riley Win In Trade For Iguodala / Return Of Ed Reed, Even If Mostly Symbolic, Leads Surge By Canes Football / Our two-part series: How One Man Long Forgotten Changed Everything For the Miami Dolphins and How Shula Made Dolphins Perfect and Made Miami Matter, And the Coach Today at 90 / Kobe's Death Sends Sports World Reeling, But Immortality Is His / Jimmy Johnson's Biggest Triumph? Knowing When To Quit -- And Why / and Announcing Miami Dolphins' 2010-19 All-Decade Team