1) It's MONDAY, APRIL 13. Hang in, stay apart and eventually we rise together! Hope y'all Christians had a happy Easter! 2) Our new Greg Cote Show podcast is now separately on Twitter and Instagram! Follow the show on both platforms at TheGregCoteShow. 3) Find our latest Back In My Day from the Le Batard Show on ESPN Radio HERE at about the 21-minute mark. 4) In The Previous Blogpost (ITPB): Pie chart of QB possibilities for Fins, MLB's bizarre startup plan, NFL Draft and the Hurricanes, Greg Cote Show podcast & more. 5) Join us on Twitter.com/gregcote and Instagram.

GREG COTE SHOW PODCAST: NEW EPISODE 7 OUT NOW!: Our new(ish) Miami Herald podcast, "The Greg Cote Show With Greg Cote," debuted in early March and Episode 7 is out now! You can find a new Greg Cote Show out every Monday on Apple, Spotify or wherever you do your podding, and of course at MiamiHerald.com. Find all seven episodes we've done so far right here. Please listen, subscribe, rate and review! Our podcast is a variety show, sports and non-sports, 3-0-5 and national, fun and (when necessary) serious. In Episode 7 we welcome special guests Stugotz from the Le Batard Show for a ton o' fun. We also talk coronavirus financial impact with the god of sports business, Rick Horrow. Check it out now HERE! Le Batard Show fans will especially want to hear it.

HOT BUTTON TOP 10 (APRIL 12-13): WHAT SOUTH FLORIDA SPORTS FANS ARE TALKING ABOUT: Our blog-exclusive Sunday-into-Monday feature is part week-in-review, part look-ahead. Hot Button means what's on our minds, locally and nationally, from a Miami perspective, as the (non)sports week just past pivots to the week ahead. This week's HB10: 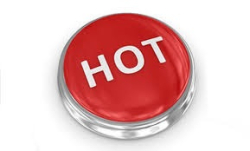 1. CORONAVIRUS: Introducing the South Florida Games-Lost Tracker: The SFGLT will update you each week on how many local pro sports games have been lost to the coronavirus shutdown. Through today/Sunday -- 49 games lost: Marlins 17, Heat 15, Panthers 13, Inter Miami 4. Heat would have two games left in NBA regular season. NHL would have finished regular season and been in first round of Stanley Cup playoffs. Marlins and Inter would be early in their seasons.

2. MLB: A startup with every team playing in Phoenix?: It was reported baseball is considering beginning its delayed season as soon as May with all 30 teams playing in and around Phoenix, with no fans of course. Sure, Rob Manfred, yes. Separating players from their families for 4 1/2 months in the middle of a deadly pandemic sounds like a greeeaaat idea! Other options being mulled including realignment for an abbreviated season, with all games at the teams' Florida or Arizona spring training sites, and playing the season in (!) Japan.

3. TOM BRADY: New Bucs' QB finds a famous home in Tampa: The G.O.A.T QB wrote a long piece for The Players Tribune that thanked everybody in New England except Bill Belichick, then said there's no beef there as the entire country said in unison, "Yeah, right!" Brady later appeared on Howard Stern, admitted his marriage to Giselle went through a rough patch two years ago, and discussed Gronk's penis. Oh, and (seriously) Tom has filed trademark patents to the phrases "Tompa Bay" and "Tampa Brady." Busy week!

4. TUA TAGOVAILOA: Tua would like you to know he's healthy: The former Alabama QB (and potential Dolphins pick at fifth overall later this month) sent a personal workout video to all 32 teams, in lieu of individual team workouts wiped out by the coronavirus. Everybody including his two surgeons swear he'll be good to go when (or if) training camps open. The only doubters seem to be media curmudgeons and attention-seeking analysts.

5. NBA: Hey it's a H-O-R-S-E tournament!: The NBA regular season should be ending and the playoffs about to begin. Instead, Houston's Devin Booker won the NBA 2k tourney, and now, starting Sunday, we get eight people playing the backyard game of H-O-R-S-E. And it's on ESPN! Oh my L-O-R-D. NBA stars Chris Paul and Trae Young are co-betting faves, verifying that yes you can bet on anything. Also playing: Mike Conley and Zach Levine, retirees Paul Pierce and Chauncey Billups, WNBA star Allie Quigley and retired Tamika Catchings. Meanwhile reports are a majority of NBA teams want the June 25 draft postponed.

6. MLB: Hey it's a video game season!: A "season" is underway in which one player from each team (Marlins' rep is reliever Ryne Stanek) play each other in the MLB The Show video games. It's a 29-game season, with top eight making the playoffs. You can watch the games on Twitch. (Note to self: Find out what in the hell Twitch is).

7. NFL: Brandin Cooks dealt in (semi) major trade: The Rams traded receiver Brandin Cooks to the Texans for a second-round draft pick, after Houston had earlier traded away star wideout DeAndre Hopkins. Cook's good. But he ain't no Hopkins. Meantime, Cowboys Dak Prescott and Zeke Elliott reportedly were partying during a pandemic. If so, they a--holes.

8. OLYMPICS: Might even delayed Games be in doubt for 2021?: The Tokyo Olympics CEO said the Summer Games, postponed a full year, might not even happen in 2021 unless there is a coronavirus vaccine by then.

9. UFC: Dana White relents, gives in to pandemic: Brick-headed UFC boss Dana White finally relented and agreed his upcoming April 18 show on a "private island" would not happen, and that other fight cards would be postponed indefinitely. Why the change of heart? UFC's sugar daddy, ESPN/Disney, insisted.

10. HORSE RACING: 50 cents becomes half-million for lucky bettor: An off-track bettor turned a 50-cent Pick 5 bet into a $524,966.50 payday off Saturday card at Gulfstream Park, raising the question: So I guess horse racing is an "essential business," huh state of Florida, Broward County and city of Hallandale? Shameful.

Missing the HB10 cut: The Greg Cote Show podcast, new Episode 7, is out Monday morning! Please listen, subscribe, rate, review and stay home ..... R.I.P. Colby Cave, 25. The Edmonton OIler died following brain surgery ..... Today would be the final round of The Masters at Augusta had it not been postponed by the coronavirus. Let us take poetic license and imagine Tiger Woods in a blood-red shirt with a three-shot lead ..... The Heat's Derrick Jones Jr.'s Cinderella run in the NBA 2K players tournament ended in the quarterfinals ..... The British Open canceled, as expected ..... Ronda Rousey says she left WWE because of the ungrateful fans ..... The XFL laid off almost all of its staff and has no plans to return in 2021, surprising absolutely no one. R.I.P., XFL (2020-2020 1/2) ..... A bat used by Lou Gehrig sold for $1 million. There is only one baseball bat in the world worth $1 million. It's the one with a check for $999,000 taped to the barrel ..... Oklahoma State football coach Mike Gundy, a coronavirus denier who wants his players back at work May 1, shows every sign of being what psychologists call "a flaming idiot" ..... Some are more concerned than Gundy. A Seton Hall University poll found 72 percent of Americans said they would not attend sporting events again until a vaccine is developed ..... The good thing about no baseball? The sign-stealing Astros can't cheat ..... Update: Countdown now 2,268 days (give or take) until Miami hosts its first match in soccer's 2026 World Cup, by which time hopefully we're all out of the house.

A Pie Chart of QB Possibilities For Dolphins -- Tua Tagovailoa or Justin Herbert with Miami's first pick (fifth overall) on April 23? A trade-up for Joe Burrow? Something else entirely? We have the percentage likelihood for every option.

Baseball's Bizarre Restart Plan Would Be Unfair to Players -- One option MLB is considering -- starting the season as soon as next month with every team playing in Phoenix, and no fans -- would separate players from their families for 4 1/2 months.

NFL Draft Will Offer Blunt Verdict on Canes' Talent -- The once-gushing pipeline to the pros out of Coral Gables has dried up. We quantify the change, and bring you the (meager) outlook for UM players in this month's draft.

Le Batard Show Deals with Coronavirus-Related Upheaval / Dolphins' Most Important Rebuilding Is Yet to Come / Brady Leaving Patriots for Tampa. Will Belichick Be Proved Right In Letting Him Go? / Desperate Fans Turn to NFL After Reality Of First Weekend With No Games / Miami Sports Now Utterly Engulfed By Coronavirus Threat -- But Precaution Is Justified / It's Dominate Or Bust For Dolphins GM Grier Over Next 6 Weeks

Select additional recent columns: Repentant Cheater A-Rod Slams Astros With Lesson On How to Handle Their Own Scandal / Inter Miami Is Market's Sleeping Giant As Home Opener Nears / As NFL Free Agency & Draft Near, All You Need To Know About Dolphins' QB Situation / Beckham, Inter Miami Survive To Finally Reach Opening Week / Jeter Arrives At Camp, Calls Marlins 'Layered With Talent' / Dwyane Wade, His Transgender Daughter And A Lesson In Love / Why Marlins Aren't Pursuing Puig All About Change In Ownership / and Pressure On Marlins for Big Improvement Now -- and It's About Time / It's Time For Anonymous Lone Voter Who Denied Jeter To Step Forward / Heat And Gloriously Impatient Riley Win In Trade For Iguodala / Return Of Ed Reed, Even If Mostly Symbolic, Leads Surge By Canes Football / Poor Dolphins Finally Getting Rid Of Brady Only to Have Mahomes Take His Place / Our two-part series: How One Man Long Forgotten Changed Everything For the Miami Dolphins and How Shula Made Dolphins Perfect and Made Miami Matter, And the Coach Today at 90 / Kobe's Death Sends Sports World Reeling, But Immortality Is His / Jimmy Johnson's Biggest Triumph? Knowing When To Quit -- And Why / and Announcing Miami Dolphins' 2010-19 All-Decade Team