1) It's TUESDAY, MARCH 24. R.I.P. Kenny Rogers, The Gambler, gone at 81. 2) In The Previous Blogpost (ITPB): Not everyone loves Dolphins' free agency haul, Tom Brady to Bucs, surviving our first weekend without sports & more. 3) Join us on Twitter.com/gregcote. Also on Facebook and Instagram.

NEW GREG COTE SHOW PODCAST, EPISODE 4, OUT NOW!: Our new Miami Herald podcast, "The Greg Cote Show With Greg Cote," premiered this month and the new Episode 4 rolled out this mornings out! You can find a new 'The Greg Cote Show' out every Monday on Apple, Spotify, Stitcher or wherever you do your podding, and of course at MiamiHerald.com. Or find all four episodes we've done including the new one directly right here. Please listen, subscribe, rate and review! Our podcast is a variety show, sports and non-sports, 3-0-5 and national, fun and (when absolutely necessary) serious. In Episode 4 we talk about staying at home, bring you a new Greg's Top 10, dive deep into NFL free agency and the Dolphins, and welcome guest Juju Gotti, the rapper. Check it out now!

'BACK IN MY DAY': QUARANTINING!: I talk about being hunkered down at home in my latest BIMD, which premiered Friday on the Le Batard Show on ESPN Radio. Here is the link to it from the show's Instagram: Back In My Day; Quarantining!

HOT BUTTON TOP 10 (MARCH 22-23): WHAT SOUTH FLORIDA SPORTS FANS ARE TALKING ABOUT: Our blog-exclusive Sunday-into-Monday feature is part week-in-review, part look-ahead. Hot Button means what's on our minds, locally and nationally, from a Miami perspective, as the sports week just past pivots to the week ahead. This week's HB10: 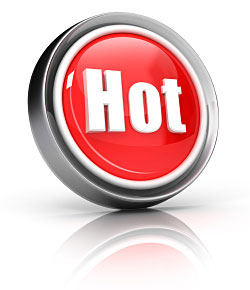 1. CORONAVIRUS: Hunkering down to a life at home, with no sports: Everybody is self-quarantining (#IStayHomeFor) against this growing coronavirus/COVID-19 threat, including the athletes with no sports to play and the fans with none to watch. A testing site has opened at Marlins Park. Of course when I say "everybody" is doing the right thing, I mean everybody except oblivious or perhaps just idiotic spring breakers who are incapable of not socializing and therefore volunteering themselves as modern-day lepers.

2. NFL: Brady divorces Pats, joins Bucs in free agency blockbuster: Except that Saints coach Sean Payton has tested positive, the NFL is the sport least affected by the pandemic -- for now, anyway. Free agency began as scheduled, with G.O.A.T. quarterback Tom Brady leaving New England and signing with Tampa Bay the biggest news by miles. "Praise God, thank you!" said ESPN for having some fresh content to talk about.

3. DOLPHINS: Top cornerback Jones fronts Miami's free agency haul: The Dolphins have been active and free-spending, although the bounty has gotten mixed national reviews at odds with mostly wildly praise by local media. Leading the crop: No. 1-rated available cornerback Byron Jones and capable pass rushers Shaq Lawson and Kyle Van Noy, each with 6 1/2 sacks last year. Some other moves -- RB Jordon Howard? $10 million a year for OL Ereck Flowers? -- have been head-scratchers.

4. NBA: Four Nets players including Durant test positive: There have now been seven confirmed cases by NBA players after four Brooklyn Nets including Kevin Durant tested positive. Meanwhile the NBA has been criticized by the New York City mayor and others for testing players with no symptoms while so many who are sick wait as demand for test kits far outpaces supply.

5. HORSE RACING: Florida Derby on as scheduled ... well, sort of: The Florida Derby at Gulfstream Park, a major prep race for thoroughbred racing's (eventual) Triple Crown season, will run this coming season Saturday as planned. Except with no spectators allowed. No media, either. Weird. Eerie. Horses are not believed susceptible to coronavirus, making them superior to humans in at least one not-unimportant category.

9. TENNIS: French Open. Postponed: Year's second tennis was moved from late May to (they hope) September.

10. WRESTLING: Wrestlemania still on ... well, sort of: WWE announced that Wrestlemania 36 will go on as planned but as a two-day event April 4-5 in Orlando -- with no fans. If you are so desperate to watch a live sporting event that even this qualifies for you, it'll be on pay per view.

Missing the HB10 cut: The Greg Cote Show podcast, Episode 4, is out Monday morning! Listen, subscribe rate, review, stay home! ..... ESPN said it would broadcast a mix of live studio shows, archival content and "stunt event programming" moving forward. Which reminds me: "competitive marble racing" is an actual thing ..... The IOC said it is "fully committed" to the 2020 Tokyo Summer Olympics still taking place, which of course suggests they have merely postponed their announcement of a postponement ..... UFC finally announced it is postponing fights as Dana White reluctantly decides to take pandemic ..... For NASCAR fans capable of pretending a video is sort of like almost the real thing, a virtual Homestead-Miami Speedway hosted the eSports finale of its iRacing season, and I have no idea what any of that means ..... For hockey fans capable of deluding themselves into pretending the rerun they're watching is live, Fox Sports Florida is replaying Florida Panthers victories from the postponed season starting Sunday ..... Keep booing the Astros, please. Even when they're at home self-sequestering ..... And In March Madness -- oh wait, sorry ..... Update: Countdown now 2,289 days (give or take) until Miami hosts its first match in soccer's 2026 World Cup, presuming the world has survived this pandemic.

NBA CONTROVERSY OVER PLAYERS' CORONAVIRUS TESTS REFLECTS THE NEW NATIONAL MOOD: The Brooklyn Nets and some other NBA teams have been testing players and staff for the COVID-19 coronavirus as a precaution — even those who have showed no symptoms. Controversy has ensued. The mayor of New York City, home to one-third of Americans who have tested positive, has criticized the NBA. The public outcry has centered on privilege — the idea the well-connected or wealthy can access test kits that are in such short supply and desperate demand. NYC mayor Bill de Blasio made an issue of it, writing in a tweet, "With all due respect, an entire NBA team should NOT get tested for COVID-19 while there are critically ill patients waiting to be tested. Tests should not be for the wealthy, but for the sick." National Basketball Players Association executive director Michele Roberts countered by saying, "There is nothing irresponsible about trying to get the tests," instead blaming the federal government for the scarcity of them. Let’s not demonize either side in this. De Blasio, at the new center of this pandemic’s reach into America, makes an undeniably legitimate point on behalf of his residents as his city is increasingly hard hit by the coronavirus and the shortage of testing. In turn it also seems harsh to fault the NBA or anybody else for trying to do whatever it can to protect itself. There is something larger at play in this festering into a controversy. It is anxiety, the new national mood. To read our full latest column, please visit Backlash Over NBA Coronavirus Testing Mirrors Growing Anxiety, the New National Mood. Below, NBA commissioner Adam Silver responds to the controversy on ESPN:

Our other most recent columns:

Dolphins' Most Important Rebuilding Is Yet to Come

Brady Leaving Patriots for Tampa. Will Belichick Be Proved Right In Letting Him Go?

It's Dominate Or Bust For Dolphins GM Grier Over Next 6 Weeks.

Other select recent columns: Repentant Cheater A-Rod Slams Astros With Lesson On How to Handle Their Own Scandal / Inter Miami Is Market's Sleeping Giant As Home Opener Nears / As NFL Free Agency & Draft Near, All You Need To Know About Dolphins' QB Situation / Beckham, Inter Miami Survive To Finally Reach Opening Week / Jeter Arrives At Camp, Calls Marlins 'Layered With Talent' / Dwyane Wade, His Transgender Daughter And A Lesson In Love / Why Marlins Aren't Pursuing Puig All About Change In Ownership / and Pressure On Marlins for Big Improvement Now -- and It's About Time. Also: It's Time For Anonymous Lone Voter Who Denied Jeter To Step Forward / Heat And Gloriously Impatient Riley Win In Trade For Iguodala / Return Of Ed Reed, Even If Mostly Symbolic, Leads Surge By Canes Football / Poor Dolphins Finally Getting Rid Of Brady Only to Have Mahomes Take His Place / Our two-part series: How One Man Long Forgotten Changed Everything For the Miami Dolphins and How Shula Made Dolphins Perfect and Made Miami Matter, And the Coach Today at 90 / Chiefs, Mahomes And A Former Dolphin Win Super Bowl 54 -- And So Does Miami / Kobe's Death Sends Sports World Reeling, But Immortality Is His / How The NFL, Even Amid Safety Concerns, Bounced Back And Is Healthier Than Ever / Jimmy Johnson's Biggest Triumph? Knowing When To Quit -- And Why / and Announcing Miami Dolphins' 2010-19 All-Decade Team.

Visit Greg Cote Column Headquarters, and revisit this blog often because it is updated regularly. The Associated Press Sports Editors 2018 writing awards ranked the blog's author a Top 10 national sports columnist in the major-outlet category. Author of 'Fins At 50,' available on Amazon. Regular co-host on the Dan Le Batard Show With Stugotz on ESPN Radio and ESPNews. Follow on Twitter @gregcote. And check and our new Greg Cote Show podcast HERE and subscribe for free!