« NFL Week 14 picks: Dolphins-Jets, marquee games, big upsets and the rest, all here; plus most recent columns & more | Main | Minor bowl, small foe, but here's why Hurricanes need to prove something in a game that should be beneath them -- but isn't. New column; plus tonight's Jets-Ravens pick, NFL Week 14 Pix 'n Fantasy results, updated Herald NFL QB rankings & more »

1) It's MONDAY, DECEMBER 9. Check out our Miami Dolphins book, 'Fins At 50,' on Amazon. It's the perfect holiday gift for the Dolfans in your life. 2) In The Previous Blogpost (ITPB): NFL Week 14 picks & more. 3) Join us on Twitter.com/gregcote. Also on Facebook and Instagram.

Our most recent columns: Fitzpatrick Gives Dolphins Luxury Of Options In 2020 Draft and Off Bad End to Down Season, Miami Hurricanes Should Decline Bowl Invite. 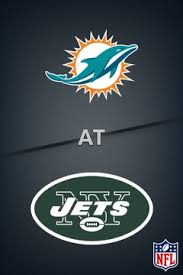 G13: N.Y. STINKIN' JETS 22, DOLPHINS 21: MIAMI LIVES, DIES BY FIELD GOAL: Miami settled for a team-record seven field goals and lost when Jets kicked one of their own on final play -- after a controversial reversal on a pass-interference call against the Fins ..... Original post: This is first time this season that Miami has not been a double-digit underdog on the road. (Hey, sometimes progress comes in small packages!) A couple of things make this a very tough pick between the 3-9 Fins and 4-8 Jets. First, the Jets are wildly erratic under Adam Gase. They can be credible; they'd won three in a row. Then last week they get blown out by the winless Bengals. Which NYJ will show up? Second, there are sharply conflicting trends here. For example, the Dolphins have won six of the past seven in this rivalry (including 26-18 in Week 9) and eight of the past 11 trips to NYJ. But Miami also has lost 11 of its past 12 road games overall. The Fins catch break by the likely injury absence of top Planes safety Jamal Adams, with RB Le'Veon Bell also iffy to play. But does that mean inconsistent Ryan Fitzpatrick and the inconsistent Fins can produce the same performance on the road as the one that stunned Philly at home last week? The Jets’ superior defense and Miami’s poor offensive line and lack of running game tilt this pick. The point spread (five points) is fat, though. I mean these are the Stinkin’ Jets. Cote’s pick: NYJ 23-20. See Week 14 Gems for all of our latest NFL picks. And watch for the latest  Dolfan Satisfaction Meter postgame poll, here and elsewhere online, right after today's game ends.

DOLFAN SATISFACTION METER: G13: VOTE NOW!: Results are certified in the latest of the Miami Herald's Dolfan Satisfaction Meter postgame polls, and they show 77.4 percent approval -- the combination of "very" and "somewhat" satisfied votes -- in the wake of Sunday afternoon's 22-21 loss at the New York Jets putting Miami's season record at 3-10. In its 12th season, the DSM is a continuous gauge of how Dolfans are feeling about the team and its direction. Right after each game I invite you to share your overall degree of satisfaction. Criteria for voting is your own, but I suggest fans consider the most recent game's performance and caliber of opponent, season as a whole, direction the club is heading and your own overall degree of optimism -- all in the context of reasonable expectations. Online voting determines the final result, which is final the morning after one full day of voting. In this case that was around 6:30 a.m. today/Tuesday.

Most recent other work: Beating Canes Was Huge For FIU, But Even Bigger For Butch Davis / FIU's Historic, Magical Night A New Low For Canes / Le Batard Explains the Papi Mystery / If Jeter Doesn't Get In With Unanimous Vote -- Don't Blame Me! / and Draft Uncertainty Means Dolphins Need to Hedge Bets. His Name Is Kaepernick.

HOT BUTTON TOP 10 (DECEMBER 8-9): WHAT SOUTH FLORIDA SPORTS FANS ARE TALKING ABOUT: Our blog-exclusive Sunday-into-Monday feature -- back after taking last week off -- is part week-in-review, part look-ahead. Hot Button means what's on our minds, locally and nationally, from a Miami perspective, as the sports week just past pivots to the week ahead. This week's HB10: 1. COLLEGE FOOTBALL: Championship Weekend sets playoff's final four: On Saturday No. 1 Ohio State won the Big Ten, No. 2 LSU won the SEC and No. 3 Clemson won the ACC, nailing down three-fourths of the College Football Playoff. Only question was who would be fourth? Answer: Oklahoma. The semifinals: LSU-Oklahoma and Ohio State-Clemson. No Alabama or Nick Saban. Ain't it great!?

2. DOLPHINS: Fins lose heartbreaker at Stinkin' Jets: Miami lost when a controversial pass-interference reversal went against the Fins and gave NYJ an easy winning field goal on the final play. Brian Flores was livid. But when you settle for a team-record seven field goals, should you complain too loudly that you lost?

3. HEAT: Miami stays hot, readies for LeBron visit: The Heat are sailing along at 17-6 -- including a perfect 10-0 at home -- after Sunday's home win over Chicago. Erik Spoelstar would tell you his team mustn't look ahead. But that doesn't mean we can't. Here on Friday night: the NBA-leading Los Angeles Lakers led by Anthony Davis and some guy named LeBron James.

5. MARLINS: Fish add offensive pop with two (fairly) big gets: Ahead of the Dec. 8-12 baseball winter meetings the Marlins acquired versatile infielder Jonathan Villar from Baltimore for a minor-league pitcher and signed former Tampa Bay first baseman Jesus Aguilar off waivers. Villar, 28, had a career year in 2019, with 24 homers, 40 stolen bases, a .279 bat and 4.0 WAR. Aguilar fell of last year but was an all-star in '18 with 35 homers and 108 RBIs. Good moves, Fish.

7. PANTHERS: OK, are we worried about Bobrovsky yet?: The Panthers are 15-14 after winning two straight and are seventh in the conference -- the far edge of playoff pace. That despite being one of NHL's top-10 scoring teams. So what's the problem? Defense, especially new, high-priced goaltender Sergei Bobrovsky, of the career-worst saves percentage and goals-against average. Pick it up, Bob!

8. LANE KIFFIN: FAU coach headed back to SEC with Ole Miss: Three seasons in Boca Raton with the Owls were enough, apparently, to convince a Power 5 conference team to let Lane Kiffin back in. Saturday Kiffin coached FAU to a win in the Conference USA championship game, then changed hats and headed to Ole Miss in a return to the SEC. He's colorful, great on Twitter. Pretty good coach, too.

Missing the HB10 cut: Former Canes coach Al Golden accuses UM of libel and negligence in a lawsuit against the university set for trial early next year, Palm Beach radio station WMEN reported. Allegations he is owed money from his 2015 buyout is the crux of the matter. Golden hopes his verdict in court exceeds his results on the field while at UM ..... Knicks firing David Fizdale = shameless scapegoating ..... OK, Houston and James Harden got screwed out of a dunk. Get over it, already! ..... Congrats on the second kid, Erik Spoelstra ..... It's 75 days until Homestead hosts another NASCAR race ..... Update: Countdown now 2,387 days (give or take) until Miami hosts its first match in soccer's 2026 World Cup.