« How Flores won Dolphins' respect before ever coaching a game. New column; plus it's Greg Cote Day!, latest on Le Batard drama, countdown to Canes-Gators opener, NFL's weak lenience on Tyreek Hill, return of 'Soup of the Day' (with video), The List & more | Main | R.I.P. Nick Buoniconti (1940-2019). New column; plus Dolphins, Canes' QB battles: And the winners are...; also, we talk Greg Cote Day on ESPN Radio (with videos) & more »

Latest Hot Button Top 10 (updated): Dolphins and Canes' camp openings battle for No. 1 and see what else falls where; plus thank you Fort Myers, our latest columns & more

1) It's MONDAY, JULY 29. Thank you, Fort Myers! To the minor-league Miracle ballclub and to all of the fans who turned out Saturday night for Greg Cote Day. We were truly humbled to be honored at such a truly ridiculous event. Loads o' fun! Le Batard would have shown up, but his private jet was in the shop. 2) It's always the perfect time to check out my 'Fins At 50' book at Amazon. 3) In The Previous Blogpost (ITPB): Flores' Dolphins open camp, countdown to Canes-Gators, Greg Cote Day in Fort Myers, Le Batard back on ESPN air, NFL lenience for Tyreek Hill, The List, Soup of the Day & more. 4) Join us on Twitter @gregcote. Also on Facebook and Instagram.

Our previous week's work: Latest columns: How Brian Flores Won Dolphins Players' Respect Before Ever Coaching A Game / Le Batard Headed Back On The Air / Countdown To Hurricanes-Gators On As Practices Begin / and In Tyreek Hill, Goodell And NFL Turn Blind Eye To Domestic Violence.

Other most recent columns: Le Batard Defies Trump, ESPN's No-Politics Policy / The 4 Ways Miami Heat Had A Winning Offseason / What If Everybody's Wrong About The Dolphins? / and Wimbledon, Tiger, U.S. Women For Starters. Why 2019 Is Greatest Sports Year Ever. 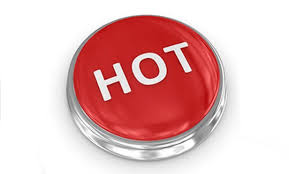 1. DOLPHINS: Fins training camp underway, QB battle on, preseason looms: It's back, folks. Football. King Sport! The Dolphins and new coach Brian Flores on Thursday staged the first of 10 preseason practices and one scrimmage (this Saturday at Hard Rock Stadium) prior to their Aug. 8 exhibition opener vs. the Atlanta Falcons. Meanwhile the Ryan Fitzpatrick vs. Josh Rosen quarterback battle heats up as Miami tries to show indications it won't be as lousy as most people seem to think.

2. HURRICANES: UM preseason practice begins with opener in less than a month: Canes and new boss-coach Manny Diaz held their first preseason practice Friday night indoors as the bell rang for real on the N'Kosi Perry-Tate Martell battle to start at quarterback. And flying fast into view: The Aug. 24 season opener vs. the Florida Gators in Orlando. UF was a fat 7 1/2-point favorite last I looked. Bet you that line about cuts in half as kickoff draws nearer.

3. INTER MIAMI: Teams Beckham reveals first player signing: Inter Miami made official Friday what had been revealed in the Argentine press four days earlier: Miami's first player signing is 19-year-old winger Matias Pellegrini, who will continue to play for the Argentine club Estudiantes until joining Inter Miami for the club's inaugural 2020 MLS season. Pellegrini has been a callup for Argentina's U20 national team. David Beckham's team will have splashier signings (we hope), but this is a promising start.

4. SOCCER: Barcelona confirms Messi for Miami game: Barcelona confirmed that Lionel Messi, Luis Suarez and other stars would make the trip to Miami for the Aug. 7 La Liga Serie A Cup match vs. Napoli at Hard Rock Stadium. Show Messi the love, South Florida, and maybe he'll give Inter Miami a thought in a few years.

5. MARLINS: Gallen wins, hot-ish Fish return home: Promising rookie Zac Gallen earned his first career win as Miami won its last two road games at the White Sox before heading home, with Fish now having won four of past five games in the midst of a seven-game homestand vs. Arizona and Minnesota continuing tonight. Season has been full of bright spots like Gallen, making the hurtling toward 100 losses a tad easier to take.

6. CYCLING: French not smiling as Tour de France concludes: Cycling's premier annual race wrapped up Sunday, but someone other than Julian Alaphilippe would win. Alaphilippe, who led for much of the grueling three-week test, was trying to be the first Frenchman to win the Tour de France since 1985. Instead, Egan Bernal became the first Colombian to win and, at 22, the youngest since World War II.

7. MLB: Baseball's trade deadline looms: Deals must be struck by Wednesday, July 31 as teams in the playoff chase look to buy and bolster and teams going nowhere look to divest. Others (likely including Miami) will do neither and stand pat. Fish dealt closer Sergio Romo to Twins for 1B prospect Lewin Diaz, but no major deals are expected. The baseball trade I'd like to see? Game trades all the homers and strikeouts for good old-fashioned contact hitting.

8. PRO WRESTLING: WWE SmackDown visits Miami: The clowns of the ring performed a B-list show at the Heat arena this past week, with Kofi Kingston vs. Dolph Ziggler the championship match. I'd look up who won, but I don't care and what does it really matter?

9. SWIMMING: World Aquatic Championships wrapping up: The WACs being held in South Korea end Sunday. The Americans are doing slightly better this year than in 2015, but still not that great, and and that pretty much exhausts by knowledge of U.S. swimming post-Michael Phelps and in a non-Olympic year. Katie Ledecky!

10. BASKETBALL, SORT OF: BIG3 league coming to Miami: The Big3 basketball league founded by rapper Ice Cube, and featuring retired NBA players, plays its next-to-last regular season week of 3-on-3 action in Miami with an Aug. 10 tripleheader at the Heat arena. If you've long to see guys who once were, like Joe Johnson and the ghost of Amar'e Stoudemire, have at it!

Missing the HB10 cut: It was Greg Cote Day on Saturday night in Fort Myers at a minor-league baseball game. And, yes, it was every bit as ridiculous as that sounds ..... Boxers are dying from ring injuries. Can somebody please do something about that? Thank you ..... Dan Le Batard survived his ESPN brouhaha. Which would-a made the HB10, except you knew he would ..... The Monster Jam trucks event, astonishingly still a thing in 2019, is coming to the Panthers' Sunrise arena Aug. 10-11 ..... The World Korfball Championships begin this week in South Africa. Korfball is two teams of eight (four men, four women) trying to throw a ball  into a netless basket. In other words, its coed basketball, but with a ridiculous name ..... U.S. Open tennis begins Aug. 26. Another chance for Serena Williams to try -- again -- to tie the all-time majors records ..... Golf's Senior Open ends Sunday. Sorry, but can't watch that sport without remembering how good those guys used to be, and feeling sad ..... Little League World Series is close. My favorite part is always the one 12-year-old who looks like he shaves and drove to the park ..... Update: Countdown now 2,520 days (give or take) until Miami hosts its first match in the 2026 World Cup.

Select other recent columns: Heat And Riley Lose On Westbrook, But Loss Might Still Be  A Win / If You Don't Like Rapinoe, USWNT -- That's On You, Not Them / Coco's Wimbledon Runs Ends, But U.S. Tennis Just Found Its Next Big Thing / Queens of the World. U.S. Soccer Wins Again / U.S. Women Reach World Cup Final -- Not With Arrogance, But Excellence / Bold Moves To Get Jimmy Butler Make Heat -- And Pat Riley -- Relevant Again / New-look Panthers: Lots Of Hope, Zero Excuses Left / It Is Megan Rapinoe's World Cup -- On And Off The Field / Kawhi to Lakers Would Mean More Rings, Last Laugh For LeBron / An Era Ends As Panthers' Luongo Retires / Heat's Haslem Doesn't Need Us Telling Him Whether To Retire / Drip Or Swag, Herro Brings It, And Heat Need It / O.J. Can Tweet What He Wants, But How He's Seen Is Not Up To Him / U.S. Women's Soccer Should Be Celebrated -- No Apologies / Ranking Dolphins, Heat, Marlins & Panthers' Best Young Players / Heat Must Dump Bad Contracts Starting With Whiteside, Dragic /Inter Miami Aiming High With Barca's Suarez / For Marlins, An Encouraging Two Weeks Is Progress / End The Illogical Shame and Honor Schnellenberger / Smart Decision A No-Brainer: Dolphins Should Start Rosen / Dolphins Land Big Prize in Wilkins / Oh To Be Hated Again! Lean Times For Miami Sports / Why Tiger's Masters Triumph Is About More Than Golf / Case For Kaepernick's Comeback As A Dolphin / Transgender-Athlete Firestorm A Necessary Debate / Across the Rio Grande to the PGA Tour / From Dark and Empty to Top Of the World: Dan Le Batard at 50 / And, our Dwyane Wade Farewell Trilogy: The Last Star: Post-Wade, Miami Sports Is Bereft; Wade Fittingly Goes Out A Winner And 30-point Star; and Thank You, Dwyane Wade, Miami's G.O.A.T.