« Latest Hot Button Top 10 (updated): Heat, soccer, drafts brawl for top spot. See who gets it, and what else falls where this week; plus our two Heat draft columns (a Herro sandwich) & more | Main | The new Hot Button Top 10 (updated): Heat/Jimmy Butler, U.S. World Cup run, Luongo retirement all battle for week's top spot. See who's No. 1 and what else lands where; plus the Rapinoe and Butler columns, radio today, Raconteurs video & more »

1) It's SATURDAY, JUNE 29. Always football season around here, so always the right time to check out our 'Fins At 50' book for the Dolfans in your life, at Amazon. 2) In The Previous Blogpost (ITPB): Hot Button Top 10, our (Tyler) Herro sandwich of columns & more. 3) Join us on Twitter @gregcote. Also Facebook and Instagram.

U.S. RIDES RAPINOE INTO WORLD CUP SEMIFINALS!: U.S. beats host France 2-1 behind two more goals by Megan Rapinoe to reah Woemns' World Cup semifinals vs. England. Original post: A few thoughts on the U.S. women reaching the quarterfinals of the World Cup and next facing host France on Friday, after beating Spain 2-1 Monday in the round of 16. 1) Tired of hearing how the second U.S. penalty kick was a "soft call." American Rose Lavelle did not trip over her own feet in the box, nor the wind blow her over. She was tripped. It may have been inadvertent and the opponent's foot barely made contact, but barely counts. It was a PK call that survived VAR review. Move on. 2)  The U.S. survived as much as beat Spain, and that same effort/performance on Friday will not be good enough to beat France. It's also a shame that group pairings were such that the U.S. and France -- the two World Cup favorite -- would meet in the quarters and not later. Friday's game will feel like the championship match. 3) To beat France the Americans will need better individual play, especially from star Alex Morgan (pictured being fouled vs. Spain Thursday) and from goalkeeper Alyssa Naeher and her defense. Morgan was unusually quiet and seemed bothered by Spain's close marking, fouling and aggression. And the defensive lapse that caused Spain's goal (Naeher's dumb short rollout to a defender closely marked and pickpocketed) was not the only mistake that led to Spanish chances. The U.S. is the best team in this tournament, but Thursday reminded the Americans are not unbeatable. 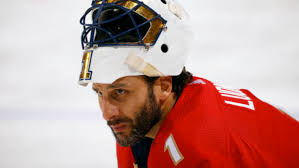 for more than twice as many games as anybody else said goodbye to hockey Wednesday afternoon, retiring at age 40 after 19 NHL seasons. With typical good humor Luongo announced his decision on Twitter by saying, "I’ve decided to take my talents to a South Beach retirement home." Cats fans in turn say goodbye to one of the most popular players in franchise history, an 11-season Panther from 2000 to 2006 and again from 2014 through this past season. He was the league’s active leader in games played and games won in goal, and made five all-star teams. All-time, Luongo is second in games played in goal, second in saves and third in wins. He is, in our view, a certain future Hall of Famer, and he’ll certainly get the ceremonial night he deserves from the club this coming season. Luongo, his wife Gina and their two kids live in Parkland, where he did all he could to help that community heal after the Stoneman Douglas tragedy. Look for Luongo to continue to have a role with the club in some capacity -- but off ice. "This is one of the toughest decisions I’ve faced in my life and it took me a long time to make it,” Luongo wrote in an open letter on NHL.com and the Panthers’ website. “After thinking about it a lot over the past two months and listening to my body, I made up my mind. It just feels like the right time for me to step away from the game." He said his kids Gianni and Gabriella cried when he told them. "We cried together," he said. The retirement was not unexpected given his age and declining production. Plus, the Panthers just drafted a goalie in the first round and are targeting another, Sergei Bobrovsky, in coming free agency. Still, though expected. Luongo's retirement hits heavy. An era ends. For my latest column, please visit An Era Ends As Panthers' Luongo Retires. 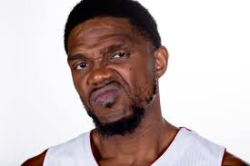 UDONIS HASLEM TAKES A FLAMETHROWER TO THOSE WHO WANT HIM GONE: Miami Heat veteran Udonis Haslem can be fierce presence on the court but off it has always kept a low profile. Not this week! U.D. broke character Monday on Instagram with an angry rebuke for those critics and Heat fans who think it's time he retired, at 39, so Miami can use the roster spot on a younger guy who'd contribute more. A few thoughts. 1) He might retire, and doesn't need your help in deciding. If anything, in a life and career fueled by doubters, the more volume that he should retire, perhaps the less likely he is to do so. 2) Nobody who's the 14th or 15th man on any NBA roster is going to play or contribute much. 3) Haslem's contribution to the Heat cannot be measure in minutes or points or games played alone. His value as a lockerroom presence and mentor is palpable, only more so with Dwyane Wade retired. Haslem embodies Heat culture. He should be showed the respect to retire on his terms, at his time. Pat Riley and Erik Spoelstra are giving him that. So should all Heat fans.  I explore all of this and more in standing with Haslem in my recent column. To read it, kindly visit Heat's Haslem Doesn't Need Us Telling Him Whether To Retire.

Our previous week's columns: Heat introduces its top pick: Drip Or Swag, Herro Brings It, And Heat Need It. From draft night: Heat, Riley Need To Have Hit Big With Herro. As free agency nears: Heat Can Only Watch As Seismic Talent Shift Quakes NBA. And, uh oh: O.J. Can Tweet What He Wants, But How He's Seen Is Not Up To Him. Also: Why Florida Panthers Are Poised To (Finally) Be The Next Big Thing / U.S. Women's Soccer Should Be Celebrated -- No Apologies / Miami Dolphins Will Be Better Than You Think In 2019 /  Ranking Dolphins, Heat, Marlins & Panthers' Best Young Players.

WILLIE NELSON'S "IMMIGRANT SONG": The times we are living in have given rise to a new era of protest songs. Recently I mentioned Taylor Swift's bouncy pro-LGBTQ, anti-hate anthem "You Need to Calm Down." Here now is Willie Nelson's impassioned bid that we remember the ideals that helped found our nation. "Give me your tired, your poor, your huddled masses," is what we remember from school, of Emma Lazarus' The New Colossus poem. But my favorite part of that Statue Of Liberty inscription, "A mighty woman with a torch, whose flame is the imprisoned lightning, and her name is Mother of Exiles." Make this about politics if you must. For me, it is about heart,

Select other recent columns: Heat Must Dump Bad Contracts Starting With Whiteside, Dragic /Inter Miami Aiming High With Barca's Suarez / Reasons To Like Flores & 5 Keys To Dolphins Season / For Marlins, An Encouraging Two Weeks Is Progress / End The Illogical Shame and Honor Schnellenberger / Meet Tyler Gaffalione: Local Jockey Who Made It Big / Smart Decision A No-Brainer: Dolphins Should Start Rosen / Maximum Security's Disqualification Is Kentucky Derby's Ultimate Stain / Dolphins Land Big Prize in Wilkins / Oh To Be Hated Again! Lean Times For Miami Sports / Why Tiger's Masters Triumph Is About More Than Golf / Why Tannehill's Legacy Probably Isn't What You Think / Case For Kaepernick's Comeback As A Dolphin / Transgender-Athlete Firestorm A Necessary Debate / Across the Rio Grande to the PGA Tour / From Dark and Empty to Top Of the World: Dan Le Batard at 50 / And, our Dwyane Wade Farewell Trilogy: The Last Star: Post-Wade, Miami Sports Is Bereft; Wade Fittingly Goes Out A Winner And 30-point Star; and Thank You, Dwyane Wade, Miami's G.O.A.T.