1) It's WEDNESDAY, MARCH 27. Florida Panthers officially eliminated from NHL playoff race. Or, did that go without saying? 2) Football is never done, and so it's always the perfect time to buy our 'Fins At 50' book for the Dolfans in your life. Check it out on Amazon. 3) In The Previous Blogpost (ITPB): Hot Button Top 10, Heat playoff-opponent poll, Beckham's Miami soccer odyssey & more. 4) Join us on Twitter @gregcote. Also Facebook and Instagram.

Big podcast news: Pleased to say I'm on Sarah Spain's newest That's What She Said podcast on the Le Batard & Friends Podcast Network. Was honored that she'd have me. It premiered yesterday. We laughed, we cried! Find it here, and please listen.

BOSH RISES TO RAFTERS AS HEAT FALL FLAT: Stakes were high last night in the bayside arena as the 8th-seeded Heat hosted the 9th-seed Orlando Magic. Miami with a win would have climbed to .500 and earned a bit of breathing room in the chase for the playoffs. Instead, Miami's 104-99 fall-from-ahead loss dropped the Heat to 9th and at least temporarily off playoff pace with eight games left in the NBA regular season. Also last night, of course, the team retired Chris Bosh's No. 1 jersey in a night of appreciation, nostalgia, but also regret, for what we had, and lost, as the Big 3 era ended too soon. I was at the arena. To read my column, please visit Bosh Honored On A Wistful Night Of 'What If'. 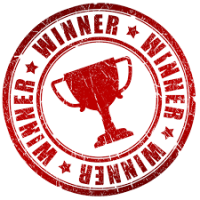 MARCH MADNESS HAIKU CHALLENGE ANOINTS A CHAMPION!: Our blog's 14th annual March Madness Haiku Challenge drew a record 248 entries in four days last week, 144 via my Herald email and 104 via my Twitter account at hashtag #Haiku. Thanks to all who played along. (Because nothing celebrates the NCAA Tournament and bracket-mania like a dive into ancient Japanese short-form poetry!) So who made the best use of  17 syllables? Our judging committee, consisting entirely of me, pored over every entry. The results:

I liked the analogy of a disintegrating bracket and and an exploding sneaker, appreciated the topicality of Zion Williamson and his footwear calamity, and enjoyed the allusion to Duke basketball being the program so many love to hate. Congrats, Andrew. I'll email you soon and we'll figure out some sort of grand prize that won't be the least bit grand.

RUNNERUP: "Rub the Billiken / Dancin' with the Blue Devil / March on to cut nets" [from David R.]. HONORABLE MENTION: "Duke, Carolina / The title game we all need / And what we deserve" [from Paul N.] and "College basketball / Only matters once a year / It is candy corn" [from Estabante T.]

Thanks again to all who played. My appreciation in haiku form: "Yay to Andrew S. / On a ladder with scissors / The gold belt all his"

MY NCAA BRACKET EXISTS TO MAKE YOU FEEL BETTER ABOUT YOUR BRACKET: My men's NCAA Tournament bracket is in the Le Batard & Friends group through ESPN.com. And I am sorry to say that, right now, entering the Sweet 16 round, my bracket is tied for 117th place among 215 entries. I do have 12 teams alive of the 16 left, so that isn't too bad. (Right?) The eight teams I need to win later this week: Duke, Michigan State, Virginia, Tennessee, Gonzaga, Michigan, North Carolina and Kentucky. I gambled on Virginia as my overall champion, so if that somehow happens I think my limping bracket might still have a respectable finish.

POLL RESULT: YOU WANT 76ERS FOR HEAT: We asked,"Which of the 3 most likely first-round opponents would you most like to see Miami Heat face to start NBA playoffs?"And you had it 51.16 percent for Philadelphia 76ers, 25.58% for Milwaukee Bucks and 23.26% for Toronto Raptors.
Our most recent columns: Beckham's Miami Soccer Odyssey Takes Latest Detour / Will Diaz's Canes Justify 'The New Miami' Hype? / Why Tannehill's Legacy Probably Isn't What You Think / Case For Kaepernick's Comeback As A Dolphin / 'Coach Crutch' Has Nova Southeastern Soaring / Dolphins Not Better Now Than When Last Season Ended / Trip to Miami Inspired a National Bobblehead Shrine / Jeter Gets Reminder Why Marlins Boss Is His Toughest Position Yet / The Intrigue Left: Will LeBron Go Out On Top? / Transgender-Athlete Firestorm A Necessary Debate / Across the Rio Grande to the PGA Tour / From Dark and Empty to Top Of the World: Dan Le Batard at 50.