« Entries close noon today in 14th annual March Madness Haiku Challenge! Find rules and how to enter here and do it now!; plus our Canes-football-hype column, Tannehill's legacy and your verdict on his Dolphins era, Radio Friday & more | Main | Bosh rises to rafters as Heat fall flat. My column from a bittersweet night; plus our March Madness Haiku Challenge results, my NCAA bracket (ouch), podcast news, your verdict on Heat playoff opponent & more »

1) It's MONDAY, MARCH 25. Happy 72nd birthday to Elton John. 2) Football is never done, and so it's always the perfect time to buy our 'Fins At 50' book for the Dolfans in your life. Check it out on Amazon. 3) In The Previous Blogpost (ITPB): Annual March Madness Haiku Challenge announcement, Diaz's re-branding of Canes football, Tannehill's legacy and your verdict on his Dolphins era & more. 4) Join us on Twitter @gregcote. Also Facebook and Instagram.

Haiku Challenge update!: Entries closed at noon Friday in our 14th annual March Madness Haiku Challenge. Thanks to all who played along! We'll announce the winner here in our blog ON TUESDAY MORNING. Also tomorrow, we'll share how we're doing thus far in our NCAA Tournament bracket. Spoiler alert: It ain't pretty.

1. MARLINS: It's Opening Week for Fish and MLB!: Marlins finished 15-13 as one of the bigger pleasant surprises in baseball as they concluded their spring schedule Sunday vs. St. Louis, with a big team vs. top prospects fun game today. Opening Day is Thursday at Marlins Park vs. Colorado. Might still be a long season for a young, rebuilding team, but March suggests it might also be a team with some fight, and one easy to like.

2. UM BASKETBALL: Canes women gunning for Sweet 16: Miami, a No. 4  seed in the women's NCAA Tournament, won its opener and but lost 57-55 to No. 5 Arizona State on campus Sunday evening -- denying UM its first Sweet 16 appearance since 1992. But for coach Katie Meier, this team and 25-9 season were a big success, especially compared to the men's team's struggles.

3. HEAT: Hot Heat host huge home game Tuesday: Miami and Dwyane "Last Dance" Wade are 36-37 after winning nine of past 12 games and can get to .500 at home Tuesday vs Orlando. Heat hold the 8th and last East playoff spot with nine games left in the regular season, but the Magic is only one game back in 9th. So expect a playoff feel Tuesday. Or desperation, at least.

6. INTER MIAMI: First two seasons in Broward gets OK: Fort Lauderdale city commission unanimously approved a Jorge Mas/David Beckham plan to build a new Lockhart Stadium at the current site and for Inter Miami to play its first two MLS seasons there while the team's permanent home at the Melreese Miami site. Hmm. Um, that's less than one year to build a $60 million, 18,000-seat "new Lockhart." Chop chop, fellas. Beckham, let me know if you need to borrow my weed wacker!

8. PANTHERS: Cats on brink of elimination from playoff contention: Florida is 10 points off playoff pace with seven games left in the regular season starting Monday at Toronto -- not officially eliminated yet, but all but. Cats may need to win the last seven games for any shot, and even that may not be enough. Not gonna happen, puckheads.

9. HURRICANES: Raves for new QB as spring football digs in: Teammates are raving and the media is swooning over new Canes transfer quarterback Tate Martell. Dear Everybody: We are three games into 15 spring practices. It's March. Can he beat Florida -- or at least win the starting job -- before we anoint him?

10. DOLPHINS: Countdown: One month 'til draft!: The NFL Draft is April 25-27 in Nashville, so today begins the one-month countdown. That's one full month of incessant speculation on whom the Dolphins might select 13th overall, on top of the month-plus of honking and blather Your Friend the Media has already put out there.

Missing the HB10 cut: Patriots owner Robert Kraft said he is "truly sorry" for being caught at a Florida "spa" in a prostitution sting. I wonder if this story will have a happy ending. Wait. Too soon? ..... Ouch. UM baseball has lost five in a row and tries to avoid being swept at home today by No. 5-ranked North Carolina State. Honeymoon over, Gino DiMare ..... NFL owners meeting in Arizona this week will include a vote on 16 possible rule changes for 2019. One wild one: An alternative option to the onside kick giving teams a 4th-and-15 play from their own 35-yard line. That's really interesting. So it has no shot of approval ..... ESPN and UFC signed a massive agreement for the Worldwide Leader to champion UFC fights. Sorry, Disney. No interest ..... Angels' Mike Trout signed a record $430 million deal. Should we start a GoFundMe page for poor Bryce Harper? ..... Seattle opened MLB season with two games vs. Oakland in Japan, and Ichiro played and then retired in front of fans who idolize him. That's about as perfect and ending as sports can deliver ..... Florida Derby is next Saturday at Gulfstream, a major prep race for the Kentucky Derby and Triple Crown season. So it's almost time to fake interest in horse racing ..... Funniest thing about that college admissions scandal? That we're all shocked that rich people would try to buy advantages for their spoiled-brat kids ..... Update: Countdown now 2,645 days (give or take) until Miami hosts its first match in the 2026 World Cup. 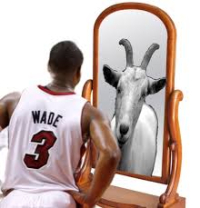 WHAT OPPONENT DO HEAT FANS WANT IN THE PLAYOFFS' FIRST ROUND?: Miami holds the No. 8 East seed with 11 games left in the regular season, entering tonight, but the hot Heat -- winners of three straight and eight of past 10 -- still have a plausible shot at the 7th seed or perhaps even the 6th. That's why Miami is in realistic play to face any of the current 1-2-3 seeds. (Indiana or Boston rising to 3rd is possible, but unlikely enough that we don't include them in our poll. The question is which of the 1-2-3 teams you'd most want Miami to end up facing in the first round? Vote based on which team the Heat might have the best chance to win the series against or which series might be the most fun to watch -- your call.

NEW COLUMN: INTER MIAMI? INTERIM FORT LAUDERDALE AS BECKHAM'S WILD RIDE TAKES DETOUR: Nothing has been easy (or fast) in David Beckham's six-year odyssey to realize his dream of Major League Soccer in Miami, and the latest example is Inter Miami having to play its first two seasons at a yet-to-be built new Lockhart Stadium at the old site in Fort Lauderdale. That's assuming they can built the new Lockhart stadium in about 10 months, with 2020 preseason games starting in January. And "only" two years in Broward assumes the massive Miami Freedom Park project including the new stadium on the Melreese golf site will be ready by 2022. For my newest column, please visit Beckham's Miami Soccer Odyssey Takes Latest Detour.

Other most recent columns: Will Diaz's Canes Justify 'The New Miami' Hype? / Why Tannehill's Legacy Probably Isn't What You Think / The Case For Kaepernick's Comeback As A Dolphin / 'Coach Crutch' Has Nova Southeastern Soaring / Dolphins Not Better Now Than When Last Season Ended / Trip to Miami Inspired a National Bobblehead Shrine / Jeter Gets Reminder Why Marlins Boss Is His Toughest Position Yet / The Intrigue Left: Will LeBron Go Out On Top? / Transgender-Athlete Firestorm A Necessary Debate / Across the Rio Grande to the PGA Tour.