« The new Hot Button Top 10 (updated): See who's No. 1 and what else ranks where; plus our Le'Veon Bell/Dolphins column, your Hall verdicts on Bonds, Clemens, A-Rod and Rose & more | Main | New: Why Dolphins are poised to hit big with Flores gamble; plus Patriots win and so did I on Super Bowl Sunday; also, our SB pick, Smirk Quintet, your Canton verdict, latest Hot Button Top 10 (updated) & more »

1) It's SATURDAY, FEBRUARY 2. Happy new month, all. Do good, Feb! 2) Visit Greg Cote Tuesday for best-of podcast from this week's Le Batard Show on ESPN Radio. The new Back In My Day chugs in around the 17-minute mark. 3) Football is at its crescendo and so it's the perfect time to delight Dolfans you know with the (late) gift of our 'Fins At 50' book. Check it out on Amazon. 4) In The Previous Blogpost (ITPB): Hot Button Top 10, your verdict on Bonds/Clemens/A-Rod/Rose & more. 5) Join us on Twitter @gregcote. Also Facebook and Instagram. 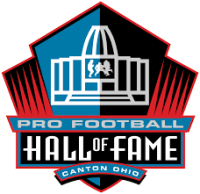 WHO SHOULD BE VOTED INTO CANTON? YOU DECIDE, RIGHT NOW!: By the numbers, there are 18 finalists for 2019 Pro Football Hall of Fame induction. There are 48 voters who will decide on Saturday, with winners revealed that night. Between four and eight men will be anointed. In this poll I list all 18 finalists alphabetically and invite you to VOTE FOR AS MANY AS SIX (6), or as many as you feel are Hall-worthy up to six. From a consensus of your votes we'll separate wheat from chaff. Based on most estimations including my own only two men -- former Miami Hurricanes safety Ed Reed and tight end Tony Gonzalez -- are considered no-doubt locks for induction. Others with a good chance include Champ Bailey, Fort Lauderdale-born Isaac Bruce, Alan Faneca and Kevin Mawae. Another ex-Cane, Edgerrin James, is a close call; his induction would not surprise, but neither would his being denied. I would invite even Hurricanes fans to vote as dispassionately and honestly as possibly. But enough from me. It's your ballot and your vote. Note, in a six-vote ballot, the highest vote total possible for any one person would be 16.7 percent IF every voter cast all six votes. Any totals above that means some voters voted only for those people. Multiple a person's vote total times six for a rough idea the overall percentage of ballots that included that player. Ready? Go!

NFL PLAYOFF PICK / SUPER BOWL: AND THE WINNER IS...: It's Los Angeles Rams vs. New England Patriots on Sunday in Atlanta in the 53rd Super Bowl, and a  million Saints fans saying they'll boycott watching the game (but we all know they won't). Tom Brady and Bill Belichick are 2 1/2-point favorites to win their sixth SB crown together. But will young Rams Sean McVay and Jared Goff represent an NFL changing of the guard and the end of the New England dynasty? This is not a rhetorical question, folks. I have the answer! For our Super Bowl LIII preview/analysis and prediction, visit Super Bowl Gem.

CELEBRATE 'SUPER BOWL WITH A SMIRK' WEEK IN MIAMI!: It's Super Bowl Week and that means 'Super Bowl With A Smirk' returns in the Miami Herald for five daily notes columns. Join us as we merrily poke fun at the self-important NFL and the gravitas of its big game. Our Smirk Quintet:

Smirk IV: Of 100-plus Super Bowl Canes, he was 1st: Meet the Miami Hurricane whose historical distinction will always be his alone. Also included: Merriam-Webster's SB analysis, amputation and the Etrade Baby.

Most recent non-Smirk columns: Le'Veon wants Dolphins, And Interest Should Be Mutual / Bonds and Clemens Inch Toward Cooperstown, But A-Rod Faces Tougher Road / We All Got Cheated, Not Just Saints. Also: This Is Offseason for Dolphins to Be Bold, Not Think Tanking / Blueprint For Dolphins Is Right In Front Of Them / Kooch Never Made Canton But Helped Make Dolphins History / A Better Coach Isn't Dolphins' Biggest Need / From Dark and Empty to the Top Of the World: Dan Le Batard at 50 / Hurricanes' Wild Ride From Chaos to Calm / Wade Deserves All-Star Sendoff / The Dolphins Seem Desperate, And It's About Time / Getting Diaz Back The Perfect Fit For UM / Richt Can Call It Retirement, But He Just Quit On The Canes / Miami's Hate-Hate Relationship With Nick Saban.