1) It's MONDAY, NOVEMBER 12. Veterans Day is when we honor all of those who have served in our military. Thank you! 2) Find results of the latest Canesfan Satisfaction Meter poll in the previous blogpost or directly here. 3) Football is raging and the holidays are upon us. That means it's the perfect time to delight Dolfans you know with the gift of our 'Fins At 50' book. Check it out on Amazon. 4) In The Previous Blogpost (ITPB): Hurricanes lose fourth straight with CSM poll, other state Collball, your Dolphins-in-playoffs verdict & more. 5) Join us on Twitter @gregcote. Also Facebook and Instagram.

Our latest columns: Sabermetrics ace and Red Sox adviser Bill James fell into hot water by saying baseball players are replaceable, likening their importance to that of beer vendors. By extension he meant athletes in general. But here's the thing. He may be right. I discuss in my newest column. To read: Bill James Struck A Nerve, But He's More Right Than Wrong. Also: Marino Set the Blueprint For Mahomes and State of Shock For Canes, Gators and Noles.

DOLFAN SATISFACTION METER: G10: Results are certified in the latest Dolfan Satisfaction Meter postgame poll, and they show 5.8 percent overall approval -- the combination of "very" and "somewhat" satisfied votes -- in the wake of Sunday's 31-12 loss at Green Bay putting Miami's season record at 5-5. That ties for the season low. The DSM is a continuous weekly gauge of how Dolfans are feeling about the team and its direction. Right after each game I invite you to share your overall degree of satisfaction. Criteria for voting is your own, but I suggest fans consider the most recent game's performance and caliber of opponent, season as a whole, direction the club is heading and your overall degree of optimism -- all in the context of reasonable expectations. Results are certified official the morning after one full day of voting. In this case that was around 6:45 a.m. today/Tuesday. (The DSM also takes place on our Twitter site @gregcote. The approval rating there was 25%).

Next poll: Nov. 25 (after bye week) following game at Indianapolis.

12 on Jones 12-yard TD run. Like I said, FGs will nit beat Rodgers in Green Bay ... MIA 12-14 on 40-yard FG ... Halftime thoughts: Rodgers less than 100 yards passing? Gore kicking ass? Good, encouraging signs for Miami. But field goals will not beat Rodgers at Lambeau. Book that ..... 2Q: MIA 9-14 on 47-yard FG. Fins competitive, but will settling for threes come back to haunt? ... MIA 6-14 on 25-yard FG after red-zone fizzle ... GB 14-3 on Jones 2-yards TD run set up by his 67-yard run ... 1Q: Fins defense gouged for 67-yard run to arrange another Pack score as quarter ends ... MIA 3-7 on 37-yard FG after Pack fumble. A 3rd-and-8 sack forced the three ... Miami recovers fumble on punt return near midfield ... GB 7-0 on Rodgers-Adams 7-yard TD pass, capitalizing on Miami turnover ... Nice opening drive by Fins ruined by lost fumble. Shotgun snap to Osweiler looked fast and high, but catchable ..... Pregame: Patriots loss today means Miami can move within one game and re-energize whole season with win at Lambeau ... Starting OTs Laremy Tunsil and Ja'Wuan James both inactive today. Oh my. Good lukc, Osweiler! ..... Original post: Miami is a surprisingly not-terrible 5-4 and Green Bay is a surprisingly desperate 3-4-1 and yet the Packers are favored by a big 10 points in today's 4:25 p.m. Lambeau Field kickoff before CBS cameras. Why? Quotation of the week to Dolphins coach Adam Gase, who said it deadpan-perfect, when asked if his defense could carry the momentum of last week’s domination of the Jets into this Sunday’s game in Green Bay: "Aaron Rodgers is a little different than Sam Darnold," noted Gase. I might further note that Mr. Rodgers also is a little different than Brock Osweiler. And that temperatures diving into the 20s at Lambeau will be a little different for the Fins than the advantageous comfort of home humidity. I’m scrounging around for reasons to believe in a Miami upset, and finding the cupboard bare short of assuming least a couple of Dolphins takeaways. (Perhaps a pick by Reshad Jones, if he deigns to actually appear in the game rather than pouting on the sideline?) Reasons to not like the Dolphins today are easier to spot. Osweiler is gradually becoming Osweiler again; he has not thrown a touchdown pass for almost nine quarters. Miami is 1-3 away and the Gee Bees 3-0-1 at home. All four of Miami’s losses have been by double digits, and the Dolphins are on a 1-8 skid when kicking off as road underdogs. Miami’s best shot might be that Green Bay — after facing the Patriots last week and with roadies to Seattle/Minnesota on deck — might sort of not pay much attention to this game. Except the Pack’s scant margin of error in the playoff chase assures Rodgers and the Cheesers will be on high alert here, buoyed by the Frozen Tundra and the ghost of Vince Lombardi in a fedora. Bonus fact: GB’s offensive coordinator is Joe Philbin. How much do you figure he’d love to run up the score? The forecast for today in Green Bay: Temps in the 20s, Pack points in the 30s. My pick: Green Bay, 37-20.

Visit Week 10 Gems for all of our latest NFL picks. 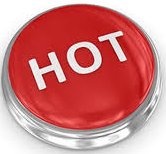 1. HURRICANES: It's four straight losses with UM's fall at Tech: With Saturday's 27-21 loss at Georgia Tech the Hurricanes are now 5-5, have lost four in a row, are not yet bowl-eligible and are 5-8 in the past 13 games. Let's all agree that the honeymoon is over for Mark Richt. Heck, at this rate, the divorce lawyers may be on call.

2. DOLPHINS: Miami fizzles on the frozen tundra: The Dolphins' defense handled the Jets in winning last week but Aaron Rodgers is different than Sam Darnold about as subtly as Green Bay temps in the 20s are to South Florida humidity. And so 31-12 Green Bay on Sunday has the Fins, once 3-0, now stalled at 5-5.

3. HEAT: Sputtering Heat brace for Sixers and Butler, then LeBron: Heat at 5-7 have lost two straight and five of seven as they prepare to host Philadelphia and newly acquired Jimmy Butler Monday night. Minnesota trading Butler into the East made Miami's playoff chase that much more problematic. Almost forgot: Lakers and LeBron here in seven days.

4. NASCAR: Championship Four is set for Homestead: Joey Logano and Kevin Harvick were joined by Kyle Busch and Martin Truex in the Championship Four for next Sunday's NASCAR title run at Homestead. The final two spots were filled in yesterday's penultimate race in Phoenix. Now the entire sport packs up and heads south of Miami.

6. PANTHERS: Ice on fire! The Cats are heating up: Slow-starting Florida has now won four in a row to rise to 6-8 with Sunday's victory over Ottawa prior to a six-game road trip. Credit some of the rally to the return of goalie Roberto Luongo. They honored the late Bill Torrey, Panthers founding father, before Saturday's home win. All hail the Bowtie!

7. UM HOOPS: Canes men, women off and runnning: UM men routed Lehigh in their opener and will now beef up their record vs. a soft schedule until the serious games start in January, when we start paying attention for real. Meanwhile he 25th-ranked Canes women are 2-0 and continue relentlessly competitive under Katie Meier.

8. GATORS: UF protects ranking with big rally: No. 15 Florida scored the game's last 21 points Saturday to survive South Carolina in the Swamp, 35-31. UM and FSU have lost a combined seven games in a row, but The Gator (oh, and 9-0 UCF) are holding up the state.

9. FIU: ButchCats sail to 7-3 record: Well at least one Miami college football team is winning. As the Canes marinate in a four-game losing streak, FIU is 7-3 with Saturday's 45-7 rout of UTSA. Overlooked program continues to climb under Butch Davis.

Missing the HB10 cut: State of Florida's election recount is underway in several key races. Depending on your point of view, it's a noble effort to get it right or screwing your candidate who thought he'd won ..... Alabama, Clemson, Notre Dame, Michigan: the CFP top four, uninterrupted ..... Would somebody give Bryce Harper and Manny Machado a bunch of money already!? ..... I'd like to report that the Duke men's basketball team is, like, really good ..... Update: Countdown now 2,780 days (give or take) until Miami hosts its first match in the 2026 World Cup.

Other select recent columns: Dolphins Win, But Under Cloud, Not Rainbow. Time For Faith In Richt, And Patience. Moving Beyond Tannehill Smart But Not Easy For Dolphins. Dolfans, Your Team Is Not Easy To Love. Snakebit Adam. Family Tradition. Victor-y, Miami! Wade Reminds Us Why We'll Miss Him. No More Excuses, Florida Panthers. Tannehill: Requiem For A Quarterback. Whatever Happened to Kenyan Drake? NFL 2018 Team Rankings. Dolphins? Heat? Nope. UM Football Owns This Town. NFL Enters Year 3 Of Anthem-Protest Quagmire. To The Good-Guy Grinder In The Shades. Time to Flip the Old Narrative On Miami As a Sports Town. Can Riley Rescue Heat From Purgatory? When 3 World Cup Legends Were Ours.