1) It's MONDAY, OCTOBER 8. Latest Canesfan Satisfaction Meter results (they're sky-high) may be found in the previous blogpost. 2) Football's here and that means it's the perfect time to delight the Dolfans in your life with our 'Fins At 50' book. Check it out here on Amazon. 3) In The Previous Blogpost (ITPB): Canes rally past FSU with CSM poll, other state Collball, your World Series rooting-interest verdict & more. 4) Join us on Twitter @gregcote. Also Facebook and Instagram.

Latest column: From Canes' comeback win over FSU: From the stadium on Miami's 28-27 victory over the Seminoles, led by N'Kosi Perry's four touchdown passes: Kid QB Passes His Big Test. Also, voting continues all day in the latest Canesfan postgame poll. Find it in the blogpost directly below or get there directly here.

Select recent other columns: Whatever Happened to Kenyan Drake? and With All D.Wade Has Meant, One Year to Say Goodbye Might Not Be Enough.

DOLFAN SATISFACTION METER: G5: 6.4%: Results are certified in the latest Dolfan Satisfaction Meter postgame poll, and they show a season-low 6.4 percent overall approval -- the combination of "very" and "somewhat" satisfied votes -- in the wake of Sunday's 27-17 road loss at Cincinnati putting Miami's season record at 3-2. The DSM is a continuous weekly gauge of how Dolfans are feeling about the team and its direction. Right after each game I invite you to share your overall degree of satisfaction. Criteria for voting is your own, but I suggest fans consider the most recent game's performance and caliber of opponent, season as a whole, direction the club is heading and your overall degree of optimism -- all in the context of reasonable expectations. Results are certified official the morning after one full day of voting. In this case that was around 6:30 a.m. today/Tuesday. (The DSM also takes place on our Twitter site @gregcote. The approval rating there was 20%).

G5: CINCINNATI 27, DOLPHINS 17: COMPLETE COLLAPSE AS MIAMI BLOWS 17-POINT LEAD!: Postgame thoughts at Bengals, 27-17: A tale of two Miamis. Saturday, the Hurricanes overcome a 20-7 halftime hole to beat FSU 28-27. Today, the Dolphins blow a 14-0 halftime lead, completely collapse and fall in Cincinnati 27-17. It was a Tannehill second-half meltdown, first with a 22-yard interception-return TD, then with a sack/fumble returned 19 yards for a score, and finally with another interception. Penalties hurt Miami again, too. As usual. So a season once 3-0 is now 3-2. And Dolfans are left to wonder which was worse: Getting blown out 38-7 in Foxboro. Or the 27 straight unanswered points given up today. Close call. No winning answer .....     Halftime thoughts at Dolphins, 14-0: A Kiko Alonso red-zone interception. A 22-yard Ryan Tannehill TD strike to Kenyan Drake. Vincent Taylor's block of a short field goal attempt. Jakeem Grant's late 70-yard punt=return score. Big plays are carrying the Dolphins so far in Cincinnati, a low-scoring upset in the making. Long way to go, but thus far a very impressive bounceback performance by Dolphins after last week's fiasco in Foxboro ..... Original post: Dolphins need a healing win after last week's 38-7 loss to the Patriots in the Fiasco at Foxboro, but finding

that remedy Sunday in Cincinnati will be tough in this duel of 3-1 teams and unlikely division leaders. Miami hasn't been 4-1 through five games since 2003, and I do not see them getting there on the road vs. the Bengals. This marks only these teams' seventh meeting since 2000, with Cincy winning the most recent, 22-7, in 2016. Andy Dalton is 1-2 in his career vs. Miami with five interceptions, but the Bengals' uptempo offense is the best and most balanced it has been in years, and the ‘Gals add two key pieces here, getting top defender Vontaze Burfict back from suspension and also expecting to have starting running back Joe Mixon back from injury. In contrast, Miami could be missing as many as six starters to injuries. Yes, there are reasons Cincy is favored by 5 1/2 points. This in some ways might be a bigger defensive challenge for Miami then even the Patriots were last week. Dalton to A.J. Green will be a handful for Xavien Howard, and Mixon and Gio Bernard form one of NFL’s better running back tandems. (Speaking of running backs, look for Dolphins coach Adam Gase to remember that Kenyan Drake is pretty good and start feeding him the ball again. That was the focus of this column by me. Maybe Adam read it). Ball control to limit Cincy’s offensive forays might be Miami’s best upset shot. I do think the Dolphins are a fair bet to cover the point spread. Bengals could be in letdown mode after last week’s last-second 37-36 upset win in Atlanta. But the Fins lost a lot of trust capital with me in that utter collapse last week. Also, the Dolphins are only 1-6 in their past seven road games, making this a strong venue call. My pick: Bengals, 30-20.

Visit Week 5 Gems for all of our latest NFL picks. 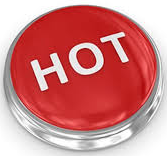 2. DOLPHINS: Miami blows 17-point in monumental collapse in Cincinnati: At 3-0 Dolfans were chanting "Su-per Bowl!" After a 38-7 loss in New England it was "Here we go again." And then came Sunday's 27-17 loss in Cincy after Fins blew 17-0 lead. Until further notice: Same ol' Dolphins.

4. PANTHERS: Cats open 25th season with loss, Luongo injury: A 2-1 season-opening shootout loss at Tampa Bay and goalie Roberto Luongo helped off the ice in the second period with a knee injury made for what you'd call an inauspicious debut Saturday night. Luongo will be sidelined two to four weeks, missing Thursday's home opener.

5. MLB: Brewers first team to clinch division series: Brewers swept Rockies 3-0 while Dodgers are up 2-1 on Braves and can cinch today. In AL, Astros lead Indians 2-0 and can clinch today, while Red Sox and Yankees are tied 1-1 entering Game 3 today. Over/under on that one is what, 4 hours?

6. UFC: Nurmagomedov beats McGregor, brawl ensues: Khabib Nurmagomedov defended his lightweight title in Las Vegas by submitting Conor McGregor in a chokehold, a highly anticipated and well-fought bout that devolved into a post-fight brawl. Admit it. Didn't you want both guys to lose?

7. GATORS: Florida drowns No. 5 LSU in the Swamp: No. 22 Florida impressively won a third straight SEC game Saturday with a big 27-19 win over favored and 5th-ranked LSU. The Gator defense will keep this team in every game and Dan Mullen is the mayor of Gainesville.

8. MARLINS: The sting of Yelich as Fish begin offseason: Off an NL-worst 63-98 record, the salary-cutting, rebuilding Marlins plan for 2019. But this hurts: Seeing Christian Yelich lead Milwaukee in the playoffs in a likely MVP season. So cheap to keep, Yelich was. (Shake my head...)

9. BRETT KAVANAUGH: Controversial judge confirmed to Supreme Court: Several women testifying about his past lechery and sexual misconduct were not enough to derail Kavanaugh's approval to the Highest Court. Remember when saying "Only in America" was a good thing?

10. CRISTIANO RONALDO: Soccer god face rap allegation: Ronaldo has resumed league play for Juventus despite the Portuguese superstar facing a rape allegation in the United States stemming from a 2009 accusation he has steadfastly denied. No matter how it shakes out, Ronaldo may have a future on the U.S. Supreme Court!

Other select recent columns: NFL 2018 Team Rankings. Dolphins? Heat? Nope. UM Football Owns This Town. NFL Enters Year 3 Of Anthem-Protest Quagmire. To The Good-Guy Grinder In The Shades. Time to Flip the Old Narrative On Miami As a Sports Town. Can Riley Rescue Heat From Purgatory? When 3 World Cup Legends Were Ours.