« Canesfan Satisfaction Meter: 13.0% following 16-13 UM loss at Virginia; plus I TOLD y'all it was a 'Nervous-Night Alert' for Canes!, other state Collball, your Heat/Butler verdict & more | Main | Miami Heat open with loss in Orlando. You set bar on season expectations/wins. New poll. Vote now!; plus how Dolphins went from Dullphins to exciting and fun, Herald NFL QB rankings, Pix 'n Fantasy results, college State of the State rank & more »

1) It's MONDAY, OCTOBER 15. Football's here and that means it's the perfect time to delight the Dolfans in your life with our 'Fins At 50' book. Check it out here on Amazon. 3) In The Previous Blogpost (ITPB): Hurricanes at Virginia with CSM poll, rest of state Collball, your Heat/Butler trade verdict & more. 3) Join us on Twitter @gregcote. Also Facebook and Instagram.

Latest CSM results in: Voting is complete in the latest Canesfan Satisfaction Meter poll following Saturday's 16-13 loss at Virginia. Find it in the previous blogpost or directly here.

Our most recent columns: No More Excuses, Florida Panthers and Tannehill: Requiem For A Quarterback. Also: Kid QB Passes His Big Test, Whatever Happened to Kenyan Drake? and With All D.Wade Has Meant, One Year to Say Goodbye Might Not Be Enough.

DOLFAN SATISFACTION METER: G6: 75.0%: Results are certified in the latest Dolfan Satisfaction Meter postgame poll, and they show 75.0 percent overall approval -- the combination of "very" and "somewhat" satisfied votes -- in the wake of Sunday's 31-28 overtime home victory over Chicago putting Miami's season record 4-2. The DSM is a continuous weekly gauge of how Dolfans are feeling about the team and its direction. Right after each game I invite you to share your overall degree of satisfaction. Criteria for voting is your own, but I suggest fans consider the most recent game's performance and caliber of opponent, season as a whole, direction the club is heading and your overall degree of optimism -- all in the context of reasonable expectations. Results are certified official the morning after one full day of voting. In this case that was around 8 today/Tuesday. (The DSM also takes place on our Twitter site @gregcote. The vote there was 67% approval).

G6: CHICAGO AT DOLPHINS: BOUNCEBACK BY FINS DOUBLY TRICKY WITH TANNEHILL OUT: Postgame thoughts: The Dolphins' 31-28 overtime home win over favored Chicago today had to be one of the better regular season shows in franchise history. Ryan Tannehill sat out inactive with a shoulder injury. Miami should have had no chance against a vaunted Bears defense. But the Fins, down 21-10 deep ino the third quarterback, kept fighting back, kept answering. There were heroes everywhere. Brock Osweiler passed for 380 yards and three TDs. Albert Wilson had 155 yards receiving and two scores. Frank Gore rushed for 101 yards. The depleted O-line erased Khalil Mack and gave up zero sacks. But it allwould have zeroed in on Kenyan Drake's goalline lost fumble in OT had Miami not won on a last second 47-yard field goal. What an exhilarating win for a Dolphins team that overcame consecutive bad losses and is now 4-2 on the year ..... Halftime thoughts: With QB Ryan Tannehill unexpectedly inactive with a shoulder injury, Brock Osweiler has done well: 12-for-19 for 114 yards and a 5-yard TD pass to Nick O'Leary. Only a later interception has smudged his day so far. Meanwhile two big defensive  plays -- a Reshad Jones fourth-down stop and a Kiko Alonso goalline fumble -- have preserved the shutout. This would be a significant upset. But can Miami close the deal? ..... Original post: Miami coach Adam Gase has a brief history with the Bears, having served one year as their offensive

coordinator in 2015, in between his time in Denver and his coming to the Dolphins. His relationship with Jay Cutler that year led to Cutler's ill-fated signing by the Dolphins last season. Alas, I don't see Gase getting much more from the Bears on Sunday. Chicago is 3-1 and coming off a bye as a 3-point favorite entering Sunday's 1 p.m. game here. Miami is 3-2 and coming off consecutive awful road losses. It's the right time for a home game for Miami. But the wrong opponent. Our NFL predictions get from conception to delivery in myriad ways. Here, the gut feeling out the gate was to go with Miami — one of seven home ‘dogs in Week 6 — in a pretty big upset. The gut is usually enough. I’m a bit superstitious about thinking one thing and then changing my mind. But I did on this. Yes, the Dolphins (2-0 at home) have a reasonable upset shot, although I’d feel better about that if I was sure left tackle Laremy Tunsil (concussion protocol) would play. I mean, Bears sackstar Khalil Mack will wreak havoc regardless, but the likelihood of a Ryan Tannehill nightmare spikes sharply without Tunsil. This game arrives as a rare treat; it is only these teams’ fifth meeting since 2002 realignment, and also carries the faint echo of the famous 1985 meeting at the Orange Bowl, when the Bears were 12-0 but Miami won 38-24 to protect the Perfect '72 Fins' place in history. Alas, this meeting finds Miami coming off two straight dispiriting losses in Foxborough and in Cincy while hot Chicago is percolating on both sides of the ball. That’s why the betting line opened dead-even but moved strongly as money poured onto the Bears. Tannehill must outperform (not to mention outscore) Mitch Trubisky, but that’s a bigger ask of Tanny versus a Bears defense I’d judge among the league’s top three. For a Dolphins squad trying to heal from consecutive road meltdowns, this home game is well-timed. If only this opponent were as well. My pick: Bears, 23-16.

Visit Week 6 Gems for all of our latest NFL picks. Explainer: There was some confusion on two of my picks this week. I had Vikings winning and covering Sunday vs. Cardinals. I had Texans beating Bills, but Bills covering. 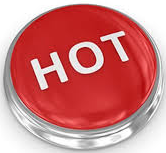 1. HEAT: Butler deal dead (for now) as season tips off in 2 days: Preseason? Done. Jimmy Butler trade? On life support. Regular season? Upon us. Miami's 31st NBA season tips off with road games Wednesday and Thursday at Orlando and Washington, and then the home opener on Saturday vs. Charlotte. The season will be about Dwyane Wade's "last dance" with Miami. It might have co-starred Jimmy Butler, but it appears that would-be trade has left the building.

2. DOLPHINS: Miami beats Bears in overtime thriller: Consecutive awful road losses -- 38-7 in Foxboro and then a blown 17-point lead in Cincinnati -- had the Dolphins hoping for some home healing Sunday vs. Chicago, and finding it in a 31-28 OT triumph. Ryan Tannehill sat out unexpectedly with a shoulder injury. Didn't matter. Brock Osweiler, the Wizard of Os, threw for 380 yards.

3. HURRICANES: UM loses at Virginia as benched Perry fails in first road start: Miami was No. 16 and 5-1 entering Charlottesville Saturday night but a mere 6 1/2-point favorite over the 3-2 Cavaliers in N'Kosi Perry's first career road start. We saw why. Perry stunk, Miami lost 16-13 and it appears Mark Richt is a man without a quarterback.

4. PANTHERS: Cats' launch 25th home season with losses: Florida fell down by two goals early only to fight for a 4-3 lead and then lose 5-4 to the Columbus Blue Jackets in Thursday night's home opener. Worse: Cats have played three games in the young season and are yet to win. Way too desperate way too soon is where this team finds itself.

5. MLB: NL, AL championship series underway: The Brewers and Dodgers are two games into their NLCS and tied 1-1 while the Red Sox pulled even with the Astros in their ALCS Game 2 Sunday night. Milwaukee, having never won a title in 50 seasons, is your Cinderella-designate of the final four. Amazing Christian Yelich had the season he did in those glass slippers.

6. MARLINS: Fish boot half of coaching staff after last-place finish: The Marlins fired four from their coaching staff including their pitching coach and popular longtime infield guru Perry Hill. Yeah, that'll solve it. It wasn't the massive payroll dump that caused the losing. It was coaching!

7. GATORS: Florida escapes Vanderbilt: The Gators trailed much of the game Saturday but a big second half carried UF, 37-27.

10. MMA: Controversy throughout sport!: Scandal in the wake of the Conor McGrgeor fight and now controversy in Bellator, too. Or, did that go without saying?

Other select columns: NFL 2018 Team Rankings. Dolphins? Heat? Nope. UM Football Owns This Town. NFL Enters Year 3 Of Anthem-Protest Quagmire. To The Good-Guy Grinder In The Shades. Time to Flip the Old Narrative On Miami As a Sports Town. Can Riley Rescue Heat From Purgatory? When 3 World Cup Legends Were Ours.