1) It's MONDAY, OCTOBER 22. Football season means it's the right time to delight Dolfans you know with our 'Fins At 50' book. Check it out on Amazon. 2) In The Previous Blogpost (ITPB): Hurricanes bye-week to-do list with Perry vs. Rosier poll, Heat home opener, other state Collball & more. 3) Join us on Twitter @gregcote. Also Facebook and Instagram.

On Dolphins' defensive collapse: Oh let us count all the ways the Dolphins defense embarrassed itself at home Sunday in the 32-21 loss to Detroit. To peruse my column from the stadium, visit: When the Dolphins D Was A Letter Grade.

Wade shines in Heat rally, but Miami loses home opener: Heat trailed by 26, fought back but lost 113-112 in Saturday's home opener behind Dwyane Wade's 21 points to begin his "Last Dance" season. For my column: Wade Reminds Us Why We'll Miss Him.

Select other recent columns: Dolphins Are Fun For A Change, and Playoff-Good. No More Excuses, Florida Panthers. Tannehill: Requiem For A Quarterback. And With All D.Wade Has Meant, One Year to Say Goodbye Might Not Be Enough.

and "somewhat" satisfied votes -- in the wake of Sunday's 32-21 Dolphins home loss to Detroit putting Miami's season record 4-3. The DSM is a continuous weekly gauge of how Dolfans are feeling about the team and its direction. Right after each game I invite you to share your overall degree of satisfaction. Criteria for voting is your own, but I suggest fans consider the most recent game's performance and caliber of opponent, season as a whole, direction the club is heading and your overall degree of optimism -- all in the context of reasonable expectations. Results are certified official the morning after one full day of voting. In this case that was around 7 a.m. today/Tuesday. (The DSM also takes place on our Twitter site @gregcote. The approval rate there was 25 percent).

G7: DETROIT 32, @DOLPHINS 21: 'MR. BROCKTOBER' CONTINUED TO SHINE. IT WAS FINS' DEFENSE THAT STUNK: Postgame thoughts: For my full game column: When the Dolphins D Was A Letter Grade. How clear the blame for this loss. It isn't on Brock Osweiler. He was great. Even betgter than last week. This was on the defense. Period and unequivocally. Miami could not stop Matthew Stafford or the Detroit passing game,and could not stop Kerryon Johnson or the Lions ground game. The Fins defense got beaten all day, from the very first play. Miami now 4-3 and sure to be a huge underdog this Thursday night in Houston. That 3-0 start seems a long time ago now. ..... Halftime thoughts: Could Miami's defense be any worse? How are the Fins only down by 10 at 17-7? Matthew Stafford has a near-perfect 140.9 passer rating. Lions backs are one yard shy of averaging 10 yards per carry (14-139). Offensively, Brock Osweiler has been solid (11-13, 103 yards, one TD) but there is zero space for any sort of ground game. The 10-point deficit feels unusually big .....Original post: Dolphins are 4-2 including 3-0 at home, Lions arrive 2-3 and yet Detroit is a 2 1/2-point betting favorite for

Sunday's 1 p.m. kickoff. Not sure I get that. Did you notice how the Bears were wheezing late in last week’s game like me after five flights of stairs? What, you thought it might be an ankle injury or mighty Dolphins blocking that made Khalil Mack disappear? Welcome to 1 o’clock games in hot, humid Miami. And now here come the Lions, from the mild temps of their home dome into the Hades-on-Earth that is South Florida — conditions the Dolphins practice in. Miami has scored 46 points in the fourth quarter of its three home games, because opposing defenses are wilting like week-old roses by then. Did I mention Detroit is 0-2 on the road? I rarely factor heat as favoring either team, but it’s something tangible here this time of year. It makes Miami too tempting a home ‘dog to pass by. Yes, Ryan Tannehill out again (shoulder) and Brock Osweiler in again concerns me. Don’t delude yourself that Osweiler is as good. Then again Miami’s offense was electric last week with Osweiler — the Wizard Of Os, Mr. Brocktober — and the Lions’ defense isn’t as good as Chicago’s. Motown allows 27.4 points per game and is especially generous against the run, inviting a big day by Frank Gore/Kenyan Drake. (Lions worked out Gore in free agency this summer but said no-thanks, so Frank will be extra-pumped Sunday). Could be looking at a shootout. Some of that is Matthew Stafford. And some of it is the heat/humidity toll on the visitors. Give me the game-changing speed of Albert Wilson, Jakeem Grant and Kenny Stills over a bunch of sweating, sagging defenders Almost forgot: Detroit’s offensive coordinator is named "Jim Bob Cooter," if you needed one more reason to like the Fins. Upset! My pick: Dolphins, 27-23.

Visit Week 7 Gems for all of our latest FL picks. 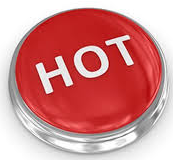 1. HEAT: Home-opening loss caps Opening Week: After a 1-1 split on the road Miami was awful (trailed by 26) and brilliant (rallied heroically) in its home opener Saturday before falling to Charlotte, 113-112. Dwyane Wade had a team-high 21 points to begin his "Last Dance" season before the home fans. He's not as good as he once was, but he's as good, once, as he ever was.

2. DOLPHINS: Miami falls to Detroit in defensive collapse: The Dolphins and fill-in QB Brock Osweiler were pretty brilliant in beating Chicago last week. Osweiler was solid again Sunday vs. Detroit. The rest of the Dolphins, not so much in a 32-21 home loss.

3. MARLINS: Fish reel in major double-signing of Cuban brothers: Fish on Monday will formally announce the signing of highly regarded Cuban outfield brothers Victor Victor Mesa, 22, and kid bro Victor Mesa Jr., 17. Yes, the more MLB-ready of the two Mesas is named Victor Victor. I guess among the many things in short supply in Cuba are middle names!

5. HURRICANES: UM on bye, preps for Boston College trip: Canes are enjoying an off-week. Although "enjoying" may not be the right word, coming off a bad loss at Virginia, preparing for a dangerous game at Boston College and stuck in a waffling QB situation. It's back to Malik Rosier ... for now.

6. PANTHERS: Cats finally win after 0-4 start: Florida has now played six games in the new NHL season and lost five after last night's 4-3 overtime home loss to a bad Detroit team. The Panthers wanted a fast start. What they've gotten is a fall into frigid water through thin, cracked ice.

7. COLLEGE FOOTBALL: Ohio State loss shakes things up: The first College Football Playoff ranking is due out Oct. 30. And with Saturday's loss by No. 2 Ohio State (don't we all feel bad for Urban!?), all that's assured as of now is Alabama, Ohio State and Clemson in the coveted top four, and UCF moaning and complaining to whomever will listen.

POLL RESULT: YOU WANT PERRY OVER ROSIER AS CANES QB: We asked, "Who would you prefer to see as the Hurricanes' starting quarterback the rest of this season?" And you had it N'Losi Perry over Malik Rosier just over a 2-to-1 margin -- 68.82 percent to 31.18%.

Other select recent columns: Kid QB Passes His Big Test. Whatever Happened to Kenyan Drake? NFL 2018 Team Rankings. Dolphins? Heat? Nope. UM Football Owns This Town. NFL Enters Year 3 Of Anthem-Protest Quagmire. To The Good-Guy Grinder In The Shades. Time to Flip the Old Narrative On Miami As a Sports Town. Can Riley Rescue Heat From Purgatory? When 3 World Cup Legends Were Ours.