The new Hot Button Top 10: Football in top spot, but see which team and what else falls where; plus our latest columns, your Dwyane Wade verdict, 4-Man Outfield (updated) & more

1) It's SATURDAY-MONDAY, AUGUST 4-6. Posting Sunday's Hot Button Top 10 early this week because I'm-a takin' the long weekend off! 2) Football's back so it's the perfect time to delight the Dolfans in your life with the surprise of our 'Fins At 50' book. Check it out here on Amazon. 3) In The Previous Blogpost (ITPB): Dwyane Wade's next move with poll, Frank Gore's perfect end run, NFL cluelessness on anthem protests, Zach Thomas and Canton & more. 4) Join us on Twitter @gregcote. Also Facebook and Instagram.

Our most recent columns: On NFL's quagmire, Gore's homecoming: Click on NFL Enters Year 3 Of Anthem-Protest Quagmire and Gore Back In Miami Is The Perfect End Run to read my most recent columns. The headlines are pretty self-explanatory. One's on Roger Goodell's cluelessness, the other's a feelgoodie on ex-Cane Frank Gore back in the 3-0-5 for first time in 14 years.

HOT BUTTON TOP 10 (AUGUST 5): WHAT SOUTH FLORIDA SPORTS FANS ARE TALKING ABOUT: Our blog-exclusive every-Sunday feature (posted a bit early this week) is part week-in-review, part look-ahead. Hot Button means what's on our minds, locally and nationally, from a Miami perspective, as the sports week just past pivots to the week ahead. This week's HB10: 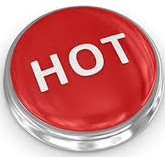 1. DOLPHINS: Let the (preseason) games begin!: Are you ready for some football? Better question: Are the Miami Dolphins ready for some football? After a little over a week of practice and then Saturday's midday scrimmage at Hard Rock Stadium, Miami plays its first of four exhibition games Thursday August 9 vs. Tampa Bay at The Rock. It'll be a play-everybody dress rehearsal with early roster trims in mind, yes. Who wins won't count for much, no. But, still: Football's back, baby!

2. HURRICANES: UM football No. 8 in first big preseason poll: With the Sept. 2 season opener looming, the high hopes for Canes football got validation with The U's debut at No. 8 in the nation in the USA Today Coaches poll, the first major ranking out -- marking UM's first time in a preseason top 10 since 2005. The  bad news? Miami's ACC roadblock, Clemson, checks in No. 2, trailing only (of course) Alabama.

3. MLS MIAMI: Team takes shape as new GM is hired: Paul McDonough was Atlanta United's VP of soccer operations. Now he is Miami's new general manager who'll start putting together the Major League Soccer expansion team's roster. (Although McDonough's official title here will be "Sporting Director." Which is sooo soccer). The Jorge Mas/David Beckham's group's team is to begin play in 2020 and be in its new stadium by 2021, presuming a November referendum green-lights the Melreese site.

4. MARLINS: Two small trades, one special callup top week: Fish beat the MLB trade deadline by dealing middle reliever Brad Ziegler and outfielder Cameron Maybin for prospects. It's who they didn't trade (J.T. Realmuto) that mattered. And this: Outfielder Isaac Galloway finally earning his promotion from Triple A and getting his first big league at-bat after 947 games in the minors. That's the kind of feelgood story baseball does best.

5. COLLEGE FOOTBALL: Trouble for Urban Meyer at Ohio State: Preseason No. 3 Ohio State got gut-punched when the university placed coach Urban Meyer on paid "administrative leave" pending an investigation whether Meyer knew of a 2015 domestic violence allegation against an assistant but did nothing. That's d-i-s-t-r-a-c-t-i-o-n. With a capital D.

6. GOLF: Tiger, Phil agree to mega-match: Tiger Woods and Phil Mickelson agreed to play a head-to-head match for a reported $10 million payout over the Thanksgiving weekend in (where else?) Las Vegas. Tiger is 42, Phil is 48, both are past their prime and this will be the biggest thing in golf. Not sure if that says more about the state of the sport or the enduring appeal and popularity of Tiger and Phil. But I'll watch.

7. LEGAL SYSTEM: Jose Fernandez estate settles suit: The estate of former Marlins ace pitcher Jose Fernandez settled a wrongful-death suit brought by the families of the two men killed in the September 2016 boat crash that killed all three men. The agreement was reached on what would have been Fernandez's 26th birthday, bringing closer to closure one of the worst tragedies in South Florida sports history.

9. NFL: Ex-Cane Ray Lewis leads Hall inductees in Canton: After Thursday's Bears-Ravens game kicked off the preseason in Canton, Ray Lewis, Randy Moss, Brian Urlacher and no-show Terrell Owens led the Saturday parade of latest members of the Pro Football Hall of Fame. Dear T.O.: Nobody missed you and you'll regret not going the rest of your life. Dear Hall voters: Compare Urlacher's career to Zach Thomas' and tell me why one was a first-ballot inductee and the other gets no love?

10. GOLF: Year's final major on deck: The 100th PGA Championship, the season's final major, is this coming Thursday through Sunday in Missouri. Will this be Tiger's breakthrough for his first career major win since 2008? And what's the over/under on how many times I've asked that since 2008?

Missing the HB10 cut: WWDD. What would Dwyane do? Free agent Dwyane Wade soon will decide either to play another season in Miami, retire, play in China or play elsewhere in the NBA. That's in order of likelihood, with one more Heat season the betting -- and sentimental -- favorite ..... NFL announced the 2019 Pro Bowl would be returning to Orlando, and nobody cared ..... Patriots sign Eric Decker. Evidently he was the last small white receiver available ...... Yankees at Red Sox on Sunday night. Still the best rivalry in sports. And getting better? ..... An Italian football team hired Art Briles. Um, did they not Google his name first!? ..... Juventus beats MLS All-Stars on penalties after a 1-1 draw.  Anything in sports worse than deciding soccer games on penalty-kick tiebreaker? ..... Dear young athletes who used to be dumb bigots: Erase those old Tweets! ..... Update. Countdown now 2,878 days (give or take) until Miami hosts its first match in the 2026 World Cup.

POLL RESULT: STRONG MAJORITY SEE D-WADE RETURNING TO HEAT: With Dwyane Wade a free agent at age 36 and expected to announce his intentions sometime this month, we asked, "What do you predict Dwyane Wade will do?" and offered four choices. "Play another season with the Heat" won easily with 69.95 percent, while "Follow money, play in China" drew 16.75%. Another 10.34% voted "Retire from basketball," and only 2.96% said "Sign with different NBA team."

'THE FOUR-MAN OUTFIELD' (UPDATED): HOT YELICH GROWS LEAD: Throughout the MLB season -- just for fun -- I'm comparing and updating the ongoing performances of the three Marlins outfield starters traded away during the offseason and current (though injured) Marlins center fielder Lewis Brinson, the most highly regarded prospect to arrive in the deals. Unfair to compare three established stars with a rookie? Boo hoo. Who said life was fair! Plus, remember: Just for fun! We base our rankings on OPS (on-base plus slugging). The updated 4-Man Outfield appears every Sunday and Monday in the blog. The latest:

Other recent columns: Dolphins Need a Better Tannehill, Not Just A Healthy One, on start of training camp, and To The Good-Guy Grinder In The Shades, on the death of Tony Sparano. Also: Dolphins Results Will Exceed Brutal Offseason. Soccer Stadium Progress, But Much Work Left. Reasons For Hope As Jeter Plan Takes Root. Time to Flip the Old Narrative On Miami As a Sports Town. Can Riley Rescue Heat From Purgatory? When 3 World Cup Legends Were Ours.