Latest Hot Button Top 10 (updated): Dolphins camp takes on soccer at The Rock for No. 1. See who wins and what else falls where; plus your verdict on Fins win total and Tannehill, 4-Man Outfield & more

1) It's MONDAY, JULY 30. Football's back so it's the perfect time to delight the Dolfans in your life with the surprise of our 'Fins At 50' book. Check it out here on Amazon. 2) In The Previous Blogpost (ITPB): Dolphins open training camp with two polls and my Tannehill column, R.I.P. Tony Sparano, Heat seen as seventh seed, The List & more. 3) Join us on Twitter @gregcote. Also Facebook and Instagram.

On Tannehill as Dolphins open training camp: I write in my latest column that Miami needs a new and improved Ryan Tannehill as he begins his comeback season with the start of training camp. The Dolphins need him to be what he hasn't been thus far: A difference-maker able to lift a team and put it on his shoulders. To read that latest column, click Dolphins Need a Better Tannehill, Not Just A Healthy One.

Other recent columns: To The Good-Guy Grinder In The Shades, on the death of Tony Sparano. Also: Dolphins Results Will Exceed Brutal Offseason. Soccer Stadium Progress, But Much Work Left. Reasons For Hope As Jeter Plan Takes Root. Time to Flip the Old Narrative On Miami As a Sports Town. Can Riley Rescue Heat From Purgatory? When 3 World Cup Legends Were Ours. 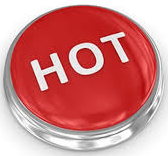 2. DOLPHINS: Rose-colored glasses on as training camp begins: Miami Dolphins training camp began Thursday at Davie headquarters and so today/Monday is Day 5 of the Optimist Festival. Early indications are that Adam Gase is thrilled, everybody looks great, Ryan Tannehill is dominating early practices and the 6-10 team with about the same wins over/under for 2018 could be the surprise of the NFL. Training camps should come with a warning label: Caution! Whatever you see and especially whatever you are told means nada until real games begin Sept. 9.

3. HURRICANES: UM football's 'Paradise Camp' returns to campus: Mark Richt's third annual Paradise Camp returned to campus on Saturday, the yearly one-day Family Love-In in which past, current and future Canes gather to celebrate what's special about being in the football fraternity known as The U. A brilliant tool for brand-growing as fall practice nears.

4. MARLINS: Fish break out the 'MVP Chain': Miami is now 5-4 after the break with Saturday's win on J.T. Realmuto's walk-off hit then Sunday's gem by Jose Urena to wraps the homestand. Now it's on to seven straight on the road. Meanwhile the team has created an "MVP Chain" that the player of the game is given to wear following wins. Um, does UM's Turnover Chain get royalties?

5. HEAT: Team, Riley expect Wade decision soon: Heat godfather Pat Riley told reporters this week he expects free agents Dwyane Wade and Udonis Haslem to decide in the next few weeks whether to re-up with the Heat. Wade has a lucrative offer waiting in the Chinese Basketball League. Meanwhile Riley said he is "not frustrated at all" by the club's offseason inactivity, as if any team executive in any sport is prone to publicly admitting frustration.

6. TONY SPARANO: Ex-Dolphins coach dies suddenly: The Minnesota Vikings offensive line coach, who led the Dolphins in 2008-11, died unexpectedly of a heart ailment at 56. Sparano inherited a team that had gone 1-15 the year before and led it to an 11-5 record in his first season. A genuine good guy. R.I.P.

7. MLB: Flurry of deals as trade deadline nears: Manny Machado and Cole Hamels were among big names changing uniforms ahead of this Tuesday's MLB trade deadline. Hoping Marlins, potential sellers, will be quiet and not move, say, J.T. Realmuto.

10. LEGAL SYSTEM: Nasser assaulted in jail: Disgraced Olympic gymnastics doctor Larry Nasser, doing life for sexually abusing dozens of gymnasts, was assaulted in prison and is now asking for a new trial. The national group, People Who Feel Sorry For Larry, will be meeting Monday in that phone booth over at Fifth & Vine.

Missing the HB10 cut: Former Hurricanes running back Tyrone Moss, gone too soon at 33. R.I.P. ..... An intentionally set fire destroyed dozens of gold carts at Melreese. Was a hooded figure resembling David Beckham seen running from the blaze? ..... Fox New reporter Britt McHenry bashed Dolphins QB Ryan Tannehill in a series of Tweets, begging the question, "Britt McHenry!?" ..... Dez Bryant, continuing to be Dez Bryant, went on a Twitter rant blasting former Cowboys teammates and the team's play calling ..... Florida's two-day lobster mini-season was this past week. That's a lot of effort to catch something I can buy at Publix ..... The WNBA All-Star Game was held Saturday in Minnesota, and I have no idea who won, or who played ..... Update. Countdown now 2,885 days (give or take) until Miami hosts its first match in the 2026 World Cup.

'THE FOUR-MAN OUTFIELD' (UPDATED): YELICH OVERTAKES STANTON: Throughout the MLB season -- just for fun -- I'm comparing and updating the ongoing performances of the three Marlins outfield starters traded away during the offseason and current (though injured) Marlins center fielder Lewis Brinson, the best prospect to arrive in the deals. Unfair to compare three established stars with a rookie? Boo hoo. Who said life was fair! Plus, remember: Just for fun! We base our rankings on OPS (on-base plus slugging). The updated 4-Man Outfield appears every Sunday and Monday in the blog. The latest: