« When an American newspaper covers its own tragedy. On the Annapolis murders; plus MLS Miami's pitch-perfect approach to marketing (latest column), World Cup odds for 16 teams still standing & more | Main | World Cup rooting interest: Which of final 8 teams (now 6, soon 4) do you hope wins it all? Poll. Last day to vote!; plus your verdict on LeBron-to-Lakers, the president and the press & more »

Latest Hot Button Top 10: LeBron-to-Lakers blasts to No. 1 but see what else falls where; also, 4-Man Outfield & more

1) It's MONDAY, JULY 2. Happy new month, everybody! 2) Want to surprise the Dolfans in your life? Check out our 'Fins At 50' book on Amazon. 3) In The Previous Blogpost (ITPB): On newspaper murders in Annapolis, Beckham group's smart strategy for MLS Miami, World Cup odds entering knockout stage & more. 4) Join us on Twitter @gregcote. Also Facebook and Instagram.

LATEST COLUMN: LEBRON WAS RIGHT, BEYOND MONEY, TO PICK LAKERS: Well, that didn't take long. LeBron James decided to take his talents to Hollywood (or thereabouts) on the first day of free agency Sunday, agreeing to a four-year, $154 million deal with the Los Angeles Lakers. Now if LeBron can coax a Spurs trade of Kawhi Leonard to L.A., he'll be set. In my recent column I write how LeBron-to-Lakers was the right  move for him, for several reasons. To read that column, click LeBron's 1 Choice to Meet His Legacy Head-On. (Our three other columns from the past week: MLS Miami Says All Are Welcome. 7 Reasons the Dolphins Could Be OK. And Time to Flip the Old Narrative On Miami As a Sports Town). 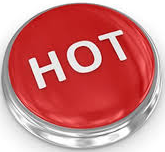 1. NBA: LeBron acts fast in free agency, now a Laker: LeBron James opted out of his $35.6 million deal in Cleveland to hit the open market as free agency began and quickly signed with the Los Angeles Lakers. Evidently Paul George recommitting to Oklahoma City instead of going to L.A. did not hurt the Lakers' chances to bag LeBron. Is a Kawhi Leonard trade to the LAL up next?

2. WORLD CUP: Messi, Ronaldo, Spain all out early in knockout stage: Argentina and Portugal were the first teams ousted as the World Cup's round of 16 knockout stage began over the weekend, meaning the two superstars who stand apart, Lionel Messi and Christiano Ronaldo, both were eliminated. Brazil is the betting favorite -- especially now that the co-favorite, Spain, was eliminated Sunday on penalty kicks in a shocking upset by host Russia. Did Valdimir Putin work his magic to influence another outcome?

3. ANNAPOLIS: Sports reacts as 5 killed at newspaper: The Orioles had a video tribute and moment of silence for the five Capital Gazette employees killed by a reader with vendetta this week, the victims including longtime sports writer John McNamara. Patriots coach  Bill Belichick, who grew up in Annapolis, offered condolences for what he called "my hometown newspaper." Such a tragedy. Journalists deserve respect, not derision from the White House.

4. HEAT: Miami busy in Summer Leagues, at least: Miami is not expected be major player in free agency, but will be busy, anyway, sort of, participating in both NBA summer leagues this month. Heat debut today/Monday vs. Golden State in the summer league being held in Sacramento. It's kiddieball, the Heat roster made up of Bam Adebayo and a bunch of young guys you've likely barely heard of.

5. MARLINS: Top prospect Alcantara makes debut: Top pitching prospect Sandy Alcantara made a winning MLB debut in midst of this long, continuing homestand. More good news: the Fire-Sale Fish are a respectable 14-12 since June 5, are over .400 (well, right at .400) and had climbed over the Mets and out of the NL East cellar before Sunday's loss. Still a lousy season happening, but little rays of light shining through the gloom.

6. SOCCER: MLS Miami progresses on name, stadium: The David Beckham group narrowed its choices to Inter Miami or Atletico Miami as the name for the Miami expansion team that will begin play in Major League Soccer in 2020. The group also has zeroed in on the Melreese Golf Course area as the site for its new stadium. Golden shovels in ground, please. Tick tock!

7. TENNIS: Wimbledon underway in London: Roger Federer and Simona Halep are the top seeds as WImbledon is underway at the All-England Tennis Club. Don't sleep on Serena Williams, who is seeded a post-maternity 25th and pulled out of the French Open injured but may be poised for a deep run in London. Ba-by!

10. PANTHERS: Cats wrap up developmental camp: Florida completed its week-long developmental camp for recent draftees and other young prospects. Next stop: Preseason games are less than three months away building to the Oct. 6 opener for Panthers' 25th season.

Missing the HB10 cut: ESPN The Magazine came out with its 10th annual 'Body' issue, in 16 various athletes posed artfully nude. Modesty is a virtue? Um, no, apparently not. Hey, if I'm seeing Greg Norman wearing nuthin' but a cowboy hat it should be in a nightmare, not on a newsstand ..... Update. Countdown now 2,913 days (give or take) until Miami hosts its first match in the 2026 World Cup.

'THE FOUR-MAN OUTFIELD' (UPDATED): CAN BRINSON CLIMB TO .190?: Throughout the MLB season -- just for fun -- I'm comparing and updating the ongoing performances of the three Marlins outfield starters traded away during the offseason and current Marlins center fielder Lewis Brinson, the best prospect to arrive in the deals. Unfair to compare three established stars with a rookie? Boo hoo. Who said life was fair! Plus, remember: Just for fun! We base our rankings on OPS (on-base plus slugging). The updated 4-Man Outfield appears every Sunday and Monday in the blog. The latest: