Latest Hot Button Top 10 (updated): See who won week's pitched battle for No. 1 (surprise!) and what else lands where; plus Viva La France!, MLS Miami vs. Melreese (my column, your poll verdict), 4-Man Outfield (final first half) & more

1) It's MONDAY, JULY 16. Thanks again to Ari Odzer and NBC6 for featuring us in this David Beckham/soccer report. Enjoyed it. 2) Delight the Dolfans in your life with the surprise of our 'Fins At 50' book. Check it out here on Amazon. 3) In The Previous Blogpost (ITPB): MLS Miami soccer vs. Melreese golf drama and poll, Heat's interest in Carmelo Anthony, World Cup semifinals, Back In My Day video & more. 4) Join us on Twitter @gregcote. Also Facebook and Instagram.

DOS COLUMNAS EN BECKHAM/MLS MIAMI: We had two columns last week on the Beckham/Mas group's continuing bid to build a stadium in Miami for their Major League Soccer expansion team. The most recent: Beckham Group's New Theme Song: It Don't Come Easy, following Thursday night's postponement of a vote whether to allow the stadium referendum on the November ballot. (David Beckham and Jorge Mas are pictured at that meeting of the Miami City Commission). And prior: Let The Voters Decide, exhorting commissioners to approve the referendum. (We also had a blogpoll on this matter. Results are below).

Other recent columns: Why 'Melo To Miami Would Be Strange Marriage. LeBron-to-Lakers A Decision Worth Applauding. LeBron's 1 Choice to Meet His Legacy Head-On. MLS Miami Says All Are Welcome. 7 Reasons the Dolphins Could Be OK. And Time to Flip the Old Narrative On Miami As a Sports Town.

HOT BUTTON TOP 10 (UPDDATED): WHAT SOUTH FLORIDA SPORTS FANS ARE TALKING ABOUT: Our blog-exclusive every-Sunday feature, updated Mondays, is part week-in-review, part look-ahead. Hot Button means what's on our minds, locally and nationally, from a Miami perspective, as the sports week just past pivots to the week ahead. This week's HB10: 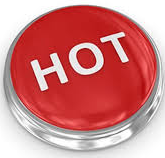 1. SOCCER: Major Wednesday vote to steer MLS Miami future: David Beckham and Jorge Mas will have one last shot Wednesday to convince the Miami City Commission to place the Miami Freedom Park/soccer stadium item on the November ballot. Even if voters then approved it for the Melreese golf sight, the city would have to green-light the project. Beckham's stardom and Mas' billions vs. a bunch of golf moms hardly seems fair, but Beckham/Mas aren't out of it yet.

2. WORLD CUP: Viva La France! Viva La France!: France defeated Croatia 4-2 today in Russia for the 2018 World Cup championship, after Belgium beat England 2-nil Saturday in the Game Nobody Wants, a.k.a the third-place match. As a totally impartial journalist, I was wearing a jaunty beret and shouting "Viva la France!" today vs. the dirty, shoving Croatians who thugged their way past the Brits in the semifinals thanks to a cowardly referee afraid of yellow cards.

3. MLB: Home Run Derby, All-Star Game on deck: All-Star Week festivities rolled out Sunday at Nationals Park in D.C. with the Futures Game and all-star softball. Tonight comes the Home Run Derby, albeit a low-watt version compared to last year's sizzler at Marlins Park. (When the star sluggers pass -- talking to you, Aaron Judge -- baseball is stuck with what the NBA's Slam-Dunk Contest has become). Then Tuesday is the 89th All-Star Game, featuring Marlins catcher J.T. Realmuto and a bunch of other guys.

4. HEAT: Miami woos Carmelo Anthony: Miami reportedly is pursuing likely soon-to-be-free agent Carmelo Anthony, which sounds exciting until you remind yourself he's a 34-year-old defensive liability with fitness issues coming off the worst shooting season of his career. The good news? Most seem to think he'll sign with Houston. In other news, the Heat's youthful Summer League team finished 4-4 with Saturday's loss to Boston.

5. TENNIS: Joko's wild on Championship Weekend at Wimbledon:  In Sunday's men's final Novak Djokovic dispatched little-known Kevin Anderson, who may have been too tired to lift a racket after he beat American John Isner in a grueling 26-24 fifth set semifinal. It was Djokovic's fourth Wimbledon crown and first major title in just over two years. Angelique Kerber beat Serena Williams in straight sets in Saturday's women's finale. So, to summarize, within a few days, Serena was denied a record-tying 24th career major and missed her baby's first steps.

6. DOLPHINS: Finally! Training camp is upon us!: Fins rookies report this Wednesday and veterans report a week later, with the first full-squad practice scheduled for July 26. Then we begin to see on the field who's right: A confident team convinced it is playoff-bound. Or a skeptical national media that thinks a 6-10 team has had a tough offseason and is headed for more woe. Meantime the team may move its training camp to the main stadium site beginning in 2020.

7. MARLINS: Fish slide into break with strong first-half finish: Offering up a positive spin as the Fire-Sale Fish closed the first half of the schedule Sunday here vs. the Phillies with a rally-win on an 8-run fifth inning: After starting 20-39 Miami went 21-18, five teams have worse records at the break, and the Marlins are now on pace to lose only (!) 94 games. The slow ascent from abysmal to mediocre has seldom felt better!

9. GOLF: Brkitish Open begins this week: Golf's next major begins this Thursday at Carnoustie. This is once again where we chew over whether Tiger Woods is finally "back" and ready to at last win his first major in 10 years, raising the volume when he shoots a solid early round, only to concede by the weekend it ain't-a gonna happen.

10. BIG3 BASKETBALL: BIG3 coming to Miami this week: Eager to see a  bunch of guys who retired from the NBA because they got too old or too slow but then decided to squeeze out that last ounce of octane in the tank? We got you covered! BIG3 basketball comes to the downtown Heat arena with four games this coming Friday night. This is where the joke goes about the Gatorade pail being filled with Geritol.

Missing the HB10 cut: John Cynn, 33, of Indianapolis, beat a field of 7,874 dreamers to win the $8.8 million grand prize in the World Series of Poker in Las Vegas. Mamas, don't let your babies grow up to be cowboys, but do put a deck of cards in the crib ..... Manny Pacquiao continued to not go away by knocking out WBA welterweight champ Lucas Matthysse last night ..... It's Miami Swim Week, where a bunch of models wearing almost nothing parade around. Wait, it isn't that every week in Miami? ..... The 26th ESPY Awards are this Wednesday night in L.A. Because there just are not nearly enough awards shows! ..... The Tour de France was a lot more interesting when every stage featured PED suspensions and spent needles all over the course ..... Update. Countdown now 2,899 days (give or take) until Miami hosts its first match in the 2026 World Cup ..... Thank goodness all 13 were safely rescued from that flooded Thai cave. Currently trapped even deeper in a flooded cave but with no hope of rescue: Papa John's stock.

POLL RESULT: MOST FAVOR MELREESE SITE FOR MLS SOCCER: We asked, "What best reflects your thought on the use of city-owned land near Miami International Airport?" Three choices were offered. Your verdict: 50.17 percent voted "Build Miami Freedom Park and the new MLS soccer stadium there"; 27.27% voted "Keep Melreese golf course there as it has been since 1961': and 22.56% voted "Let Miami voters decide with a ballot referendum in November."

'THE FOUR-MAN OUTFIELD' (UPDATED): STANTON ON TOP AT THE TURN: Throughout the MLB season -- just for fun -- I'm comparing and updating the ongoing performances of the three Marlins outfield starters traded away during the offseason and current Marlins center fielder Lewis Brinson, the best prospect to arrive in the deals. Unfair to compare three established stars with a rookie? Boo hoo. Who said life was fair! Plus, remember: Just for fun! We base our rankings on OPS (on-base plus slugging). The updated 4-Man Outfield appears every Sunday and Monday in the blog. The latest: