« Latest Hot Button Top 10 (updated): See who wins tightly contested fight for No. 1 (surprise!) and what else falls where; plus my Sunday column on Marlins' 25th Anniversary and Jeter's obligation to heal, The List (worst Marlins seasons) & more | Main | LeBron picks his landing spot. (Maybe). Our latest column; plus how does no U.S. team affect your interest in 2018 World Cup? Last day to vote in poll; also, ranking WC teams by talent, Will Ferrell's Harry Caray on '97 Marlins World Series & more »

GOAL! Miami will host World Cup matches in 2026, and here's why. My new column; plus our continuing quixotic campaign to get Schnellenberger into College Football Hall of Fame, me on LeBatard psychiatrist's couch & more

1) It's WEDNESDAY, JUNE 13. If you missed it from last week's LeBatard Show, here's one last chance to hear me rapping my favorite hip-hop song. Click on Cote Does California Love. 2) Delight the Dolfans in your life with the perfect anytime-gift: our 'Fins At 50' book. Their reaction is sure to be: "Wait. Greg Cote wrote a BOOK!?" Click on Amazon to check it out. 3) In The Previous Blogpost (ITPB): Hot Button Top 10, Marlins' 25th Anniversary Weekend, The List (worst Marlins seasons) & more. 4) Join us on Twitter @gregcote. Also Facebook and Instagram.

MIAMI WILL HOST 2026 WORLD CUP MATCHES, AND HERE'S WHY: FIFA today awarded the 2026 soccer World Cup, the next available, to a joint bid by the United States, Mexico and Canada, and Miami and Hard Rock Stadium are strongly favored to be among host venues selected. That is because of the vision and determination of two men, as I write in my new column. To read it, click 1 Dreamed It, 1 Made It Happen.

ON THE PSYCHIATRIST'S COUCH WITH LEBATARD SHOW: This is one of the stranger bits we've done, from yesterday's LeBatard Show on ESPN Radio:

.@Stugotz790 lets us in on his mastermind NBA offseason scheme for Kawhi, LeBron, and company while @GregCote vents to his therapist about the stress the show brings him.
-Lorenzo pic.twitter.com/oOCasrGr8s

OUR QUIXOTIC CAMPAIGN TO GET HOWARD SCHNELLENBERGER INTO THE COLLEGE FOOTBALL HALL OF FAME: [Quixotic (pronounced kwik-sahtik). Adjective meaning exceedingly idealistic; unrealistic and impractical] It should not be quixotic, this pursuit of mine. It is only because one of the National Football Foundation's 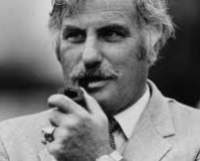 rules of eligibility of coaches for consideration for its Hall of Fame is hard and fast with a minimum .600 career winning percentage, which Schnellenberger does not meet. Why does he fall short? Because he spent a career taking on the challenge of losing programs, turning Miami from mediocre into a national champion, making losing Louisville relevant for the first time, and creating FAU's program from literally nothing. He is on the coaching Mount Rushmore of three different programs -- an extraordinary feat worthy of the Hall of Fame. My goal: That the

NFF not change its .600 rule but rather consider exceptions to it when warranted. Howard is 84, folks. He ain't got all day. To read my column, click End the Illogical Shame and Get Howard in the Hall. (Howard is pictured left in his Pipe Days and more recently, and at right holding aloft the 1983 national championship trophy).

Other most recent columns: Jeter Must Restore Faith Before He Can Win. In Search of the Dolphins' Elusive Grand Plan. Uninvited Eagles Latest Pawns In Trump's Subterfuge. Handicapping the LeBron Summer Sweepstakes. Also: When Sports Stopped Being All Fun & Games, The King, Indeed: LeBron Tops Michael, NFL Hiding Problem And Hoping It Goes Away, Tannehill's Defining Season,  Heading For Home: An Ode to Jim Morris and Confessions of a Lifelong Dolfan.

'THE FOUR-MAN OUTFIELD' (UPDATED): BRINSON NEARS .170!: (Oops we forgot to run this over the weekend, so here it is). Throughout the MLB season -- just for fun -- I'm comparing and updating the ongoing performances of the three Marlins outfield starters traded away during the offseason and current Marlins center fielder Lewis Brinson, the best prospect to arrive in the deals. Unfair to compare three established stars with a rookie? Boo hoo. Who said life was fair! Plus, remember: Just for fun! We base our rankings on OPS (on-base plus slugging). The updated 4-Man Outfield appears every Sunday and Monday in the blog, when we remember. The latest:

OUR APSE CONTEST-HONORED COLUMNS: The Associated Press Sports Editors 2018 writing awards ranked me the No. 5 national sports columnist in the major-outlet category. Thanks, APSE. Here are the nominated columns that earned the honor: At Doral, an annual tradition since 1962 is replaced by silence, and by what's missing  /  Marlins' Jose Fernandez statue is divisive yet has a chance to serve a greater purpose  /  NFL has moral obligation to help Buonicontis and Kiicks while it limits future suffering  /  What led to El Clasico Miami began with Joe Robbie's unlikely, accidental love of soccer  / With 59 home runs, Stanton still had a magic season. Just hope this wasn't goodbye. (For all of our most recent columns, browse MiamiHerald/GregCote).