« LeBron James has surpassed Michael Jordan. Agree? Poll. Last day to vote!; plus moral reckoning in sports (my new column), your NBA Finals verdict on who WILL win and who you WANT, The List (NBA title droughts), where 2 Canes are slotted in Draft & more | Main | In search of Dolphins' elusive Grand Plan. My new column; plus how Trump hijacked NFL anthem protest cause, The List (NBA Finals sweeps), LeBron Summer Sweepstakes & more »

Latest Hot Button Top 10 (updated): See who's No. 1 and what else falls where; plus Dolphins Beef-O-Meter (Parker vs. Chambers), latest Sunday column (moral reckoning in sports), your verdict on LeBron vs. Michael, 4-Man Outfield & more

1) It's MONDAY, JUNE 4. Delight the Dolfans in your life with the perfect anytime-gift: our 'Fins At 50' book. Their reaction is sure to be: "Wait. Greg Cote wrote a BOOK!?" Click on Amazon to check it out. 2) In The Previous Blogpost (ITPB): LeBron James vs. Michael Jordan poll, your verdict on NBA Finals predictions, Canes in NBA Draft, The List (NBA title droughts) & more. 3) Join us on Twitter @gregcote. Also Facebook and Instagram.

Latest Sunday column: Sports were simple, once. No more: Kneeling protests during the national anthem continue a polarizing NFL controversy. A soccer star refuses to join the U.S. Women's National Team rather than wear an LGBT Pride Month patch. An NBA coach in the heart of Texas is outspokenly anti-Trump. Dick's Sporting Goods stops selling assault rifles. Publix donates to a candidate who is pro-NRA. More and more, who we cheer for in sports, where we shop -- everything -- now requires a moral reckoning. This is my latest column. To read, click When Sports Stopped Being All Fun & Games.

Other most recent columns: The King, Indeed: LeBron Tops Michael / Hell Week For Goodell / NFL Hiding Problem And Hoping It Goes Away / Tannehill's Defining Season / A Solution To Jeter's Impatience / Heading For Home: An Ode to Jim Morris / Confessions of a Lifelong Dolfan / Crossing the Line On American Sports' Pandering For Foreign Money. 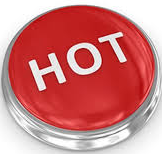 1. NBA: LeBron, Cavs in 2-0 Finals hole: Game 2 last night in Golden State offered no remedy for Cleveland in a 122-103 Cavs loss that made it a 2-0 NBA Finals, after Warriors took opener 124-114 in overtime despite LeBron James' 51 points. Next two games are in Cleveland Wednesday and Friday, with LeBron realistically needing to win both to keep hope alive. Quick thought: Steph Curry and Kevin Durant are pretty good!

2. DOLPHINS: Mandatory minicamp on deck for Fins: Dolphins continue offseason work with a mandatory minicamp this Tuesday through Thursday. Meantime the team signed four draft picks including No. 1 guy Minkah Fitzpatrick and bestowed upon cornerback Bobby McCain a four-year, $27 million extension including $13 million guaranteed. Not bad for a nickelback who comes off the bench. Call the position millionback now.

3. MARLINS: Reeling Fish planning 25th Anniversary Weekend: The reeling Fire-Sale Fish are 20-39 after six straight losses and nine L's in past 10 games as they continue on a 10-game road trip. Team returns next Saturday and Sunday for a 25th Anniversary Weekend. That presumes there are any Marlins fan out there, even one, in a celebratory mood.

4. NHL: Washington takes 2-1 Finals lead: Saturday night's 3-1 Capitals win put Washington up 2-1 over Vegas as the Stanley Cup Finals stays in D.C. for Game 4 on Monday. The expansion Golden Knights are now scrambling. One more loss and Cinderella is on life support.

5. TENNIS: French Open loses Serena to injury: While Rafael Nadal rolls on to what seems a sure spot in the men's final, the women's side on Monday saw Serena Williams withdraw with an arm injury ahead of her quarterfinal match with rival Maria Sharapova. Lucky break for Maria. Williams has dominated the rivalry, winning of 19 of 21 matches. But this was the first time Serena would have faced Sharapova as a New Mommy.

6. HORSES: Justify goes for Triple Crown in 5 days: The Belmont Stakes is next Saturday, with Kentucky Derby and Preakness winner Justify a prohibitive 4-5 favorite to win the Triple Crown. After not having had a Triple Crown champ since 1978, Justify would be the sport's second in four years, after American Pharoah in 2015. Justify has dominated in rain on mud. Clear skies may be the field's  best hope.

7. SOCCER: Countdown 10 days 'til World Cup: The month-long men's World Cup begins June 14 in Russia, with Germany (7-2 odds) and Brazil (4-1) the favorites, followed by France and Spain (both 6-1) and Argentina (13-2). Italy shockingly did not qualify. Neither did the U.S., although I'll be chanting "Let's Gooooo States!" anyway, in protest.

8. MLB: Annual draft on deck: The Miami Marlins select 13th overall in the annual MLB Draft this Monday through Wednesday. The NBA draft has two rounds. The NFL draft has seven. Baseball has 40! Um, if you're drafted in, like, the 38th round ... is that something you brag about or reluctantly admit?

9. BRYAN COLANGELO: 76ers exec mired in Twitter scandal: Answer: The 76ers' president of basketball operations reportedly kept several secret Twitter accounts he used to anonymously defend himself, criticize his own players and take shots at other NBA executives. Question: What's the best simplest way to ruin your reputation and possibly get fired in 140 characters or less?

10. SPELLING: A feeling of koinonia for Karthik: Karthik Nemmani, 14, of McKinney, Tex., won the 91st annual Scripps National Spelling Bee by correctly spelling koinonia, which means "an intimate spiritual communion." The son of an immigrant from India, Karthik's win continues a spelling bee dominance by children of Indian descent over the past two decades. "I wonder why that is," said the kid who is not a son of immigrants as he played Grand Theft Auto for the 6,000th time.

Missing the HB10 cut: MLB All-Star voting has begun. Why!? ..... The annual Fins Weekend of golf and fishing was Saturday, another chance to hear klng-retired former Dolphins gripe about lack of benefits ..... Johnny Manziel made his CFL preseason debut. Not sure if that says more about the state of Canadian football, or of Manziel ..... It's the Memorial this week as Tiger Woods continues to not win golf tournaments.

DOLPHINS BEEF-O-METER: DEVANTE PARKER VS. CHRIS CHAMBERS: So foremr Dolphins receiver Chris Chambers goes on Ethan Skolnick and Chris Wittyngham's Five Reasons podcast and ranks DeVante Parker (pictured) the third best current Fins receiver, after Kenny Stills and Albert Wilson. The oft-injured Parker was lucky. Chambers could have had him fourth, after Danny Amendola, too. Anyway, Parker gets angry, Tweets that nobody cares what Chambers thinks.  OK. For what it's worth, a per-game comparison of Chambers' 100-game Dolphins career and Parker's 43-game Miami career thus far:

POLL RESULTS: SURPRISE! IT'S LEBRON OVER MICHAEL: Rarely am I surprised by the result of one of our blogpolls, but this surprised me. I asked, "What best reflects your opinion on who should be considered the greatest NBA player of all time?" And it was 47.74 percent for LeBron James vs. 30.04% for Michael Jordan. Another 16.46% voted "Still Michael, but LeBron narrowing gap," while 5.76% voted "Neither; someone else."

'THE FOUR-MAN OUTFIELD' (UPDATED): BRINSON TOPS .160!: Throughout the MLB season -- just for fun -- I'm comparing and updating the ongoing performances of the three Marlins outfield starters traded away during the offseason and current Marlins center fielder Lewis Brinson, the best prospect to arrive in the deals. Unfair to compare three established stars with a rookie? Boo hoo. Who said life was fair! Plus, remember: Just for fun! We base our rankings on OPS (on-base plus slugging). The updated 4-Man Outfield appears every Sunday and Monday in the blog. The latest:

OUR APSE CONTEST-HONORED COLUMNS: The Associated Press Sports Editors 2018 writing awards ranked me the No. 5 national sports columnist in the major-outlet category. Thanks, APSE. Here are the nominated columns that earned the honor: At Doral, an annual tradition since 1962 is replaced by silence, and by what's missing  /  Marlins' Jose Fernandez statue is divisive yet has a chance to serve a greater purpose  /  NFL has moral obligation to help Buonicontis and Kiicks while it limits future suffering  /  What led to El Clasico Miami began with Joe Robbie's unlikely, accidental love of soccer  / With 59 home runs, Stanton still had a magic season. Just hope this wasn't goodbye.

For all of our more recent columns, browse MiamiHerald/GregCote.