« Heat in purgatory. Can Riley get them out? Latest column; plus when 3 World Cup legends were ours, Panthers stuff, 6 Dolphins in Fantasy Top 200, forgiving Phil, latest Back In My Day & more | Main | 7 reasons why the Dolphins may surprise doubters. New column; plus get off Miami's back! In defense of us as a sports town; also, latest Back In My Day video (License Plates!), Greg Norman wearing nuthin' but a hat & more »

1) It's MONDAY, JUNE 25. Delight the Dolfans in your life with the perfect anytime-gift: our 'Fins At 50' book. Their reaction is sure to be: "Wait. Greg Cote wrote a BOOK!?" Click on Amazon to check it out. 2) In The Previous Blogpost (ITPB): When 3 World Cup legends were ours, imagining Trotz to Panthers, on Cats' trade for Hoffman trade, 6 Dolphins in Fantasy Top 200, El Quatro Lobos, latest Back In My Day Video & more. 3) Join us on Twitter @gregcote. Also Facebook and Instagram.

Sunday column: Heat is in NBA purgatory. Can Riley find a way out?: NBA purgatory is when you're a pretty good team with no clear path to being great. The Miami Heat is that right now, and hamstrung this summer first by no draft picks, and next by no salary-cap money to be a big player in coming free agency. I explore how the Heat got to this point, and how solving the problem may be Pat Riley's last great challenge. To read the column, click Can Riley Rescue Heat From Purgatory?

Other most recent columns: The Championship Coach Who Got Away (on Panthers' non-interest in Barry Trotz). When 3 World Cup Legends Were Ours (on Banks, Cubillas and Muller today). And Mickelson's Major Breach Deserves Forgiveness. Also: A Deflated World Cup Thanks to no-USA / End the Illogical Shame and Get Howard in the Hall / Jeter Must Restore Faith Before He Can Win / In Search of the Dolphins' Elusive Grand Plan / Tannehill's Defining Season / Heading For Home: An Ode to Jim Morris. 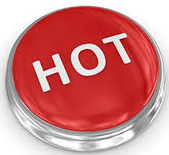 1. WORLD CUP: Final group-stage games this week: The crazy World Cup is 10 days into its month-long run in Russia, with final group-stage games today through Thursday. Those will set the Round of 16 field -- the knockout round. Six teams have a perfect six points after two group-stage games. But what we mostly know so far is that Messi and the Argentina team better return to their country wearing disguises.

2. NBA: Six days 'til free-agency frenzy starring LeBron: It begins on July 1: NBA free agency. By which we mean, where will LeBron James go? I mean, there are other big FA's such as Paul George. And Kawhi Leonard is up there on the trading block. But the NBA's summer blockbuster is LeBron's decision. Again.

3. HEAT: Expect quiet Miami summer as meat market opens: Heat will field two NBA summer-league teams (in Sacramento and Las Vegas) starting this week. They'll include last year's No. 1 draft pick Bam Adebayo and a bunch of developmental guys. Might be Miami's most action this summer, with not much expected on the free agency front.

4. PANTHERS: NHL Draft tops jam-packed June for Cats: Florida drafted Russian left wing Grigori Denisneko in the first round of the NHL Draft, 15th overall. Came after earlier trade in which the Panthers acquired forward Mike Hoffman, despite his fiance' being accused in a cyberbullying case. Next week comes the Cats' developmental camp for newly drafted guys and other younger players. Oh, and the Islanders signed championship coach Barry Trotz. The Cats weren't interested (!).

5. NBA DRAFT: No Heat picks, but two Canes selected: Heat had no picks, but Miami Hurricanes Lonnie Walker (first round, Spurs) and Bruce Brown (second round, Pistons) were selected. Because of his tall, vertical-dreads hairstyle, the cap Walker wore appeared to be floating -- the visual an absurd delight.

6. MARLINS: Fish back home after 5-4 roadie: Miami completed a 5-4 road trip on Sunday and returns for 10 straight at home starting tonight vs. Arizona. Fish have been a decent 11-8 since June 5 and now are on pace to lose only 98 games! Par-tay!

7. DOLPHINS: Training camp dates revealed: The NFL and Dolphins announced that Miami's rookies will report for training camp on July 18, with the full team convening on July 25. Meaning we're one month from football season pretty much being here. Your fantasy draft scheduled yet?

9. NFL: Bucs QB Winston suspended 3 games: The NFL suspended Tampa Bay starting quarterback Jameis Winston out of FSU three games to start the coming season related to his groping a female Uber driver. Dear Bucs: Get Jameis a personal driver. And make sure it's a dude he isn't attracted to.

10. HORSE RACING: Gulfstream preps for Summit Of Speed: This coming Saturday's Summit Of Speed tops the Hallandale racetrack's summer schedule. It isn't among the track's three biggest races on the yearly calendar, which tells you how much Gulfstream is flourishing.

Missing the HB10 cut: Sentences I Never Imagined Writing, one in a series: "A female fan was left with a black eye when struck by a frankfurter fired by the Phillie Phanatic's hot dog cannon." ..... New redshirt rule in college football allows freshmen to play up to four games without burning their redshirt. It's like a pity rule for coaches lose so many good guys early to NFL Draft ..... The Alliance of American Football has set its eight teams for its inaugural season kicking off just after the Super Bowl. So Atlanta, Birmingham, Memphis, Orlando, Phoenix, Salt Lake, San Antonio and San Diego will be the cities losing teams when the league inevitably folds after two seasons ..... Three more weeks 'til MLB All-Star Game. Not too late to vote Lewis Brinson! ..... Update. Countdown now 2,920 days (give or take) until Miami hosts its first match in the 2026 World Cup.

'THE FOUR-MAN OUTFIELD' (UPDATED): STANTON OVERTAKES LEAD: Throughout the MLB season -- just for fun -- I'm comparing and updating the ongoing performances of the three Marlins outfield starters traded away during the offseason and current Marlins center fielder Lewis Brinson, the best prospect to arrive in the deals. Unfair to compare three established stars with a rookie? Boo hoo. Who said life was fair! Plus, remember: Just for fun! We base our rankings on OPS (on-base plus slugging). The updated 4-Man Outfield appears every Sunday and Monday in the blog. The latest:

OUR APSE-HONORED COLUMNS: The Associated Press Sports Editors 2018 writing awards ranked me a Top 10 national sports columnist in the major-outlet category. Thanks, APSE. Here are the nominated columns that earned the honor: At Doral, an annual tradition since 1962 is replaced by silence, and by what's missing  /  Marlins' Jose Fernandez statue is divisive yet has a chance to serve a greater purpose  /  NFL has moral obligation to help Buonicontis and Kiicks while it limits future suffering  /  What led to El Clasico Miami began with Joe Robbie's unlikely, accidental love of soccer  / With 59 home runs, Stanton still had a magic season. Just hope this wasn't goodbye. (For our more recent columns, browse MiamiHerald/GregCote).