« GOAL! Miami will host World Cup matches in 2026, and here's why. My new column; plus our continuing quixotic campaign to get Schnellenberger into College Football Hall of Fame, me on LeBatard psychiatrist's couch & more | Main | Latest Hot Button Top 10 (updated): See if World Cup or Phil's meltdown made No. 1 and what else falls where; plus Father's Day, our Sunday column, your no-USA verdict, 4-Man Outfield (updated) & more »

LeBron picks his landing spot. (Maybe). Our latest column; plus how does no U.S. team affect your interest in 2018 World Cup? Last day to vote in poll; also, ranking WC teams by talent, Will Ferrell's Harry Caray on '97 Marlins World Series & more

1) It's SATURDAY, JUNE 16. Had a great time at this week's 790 The Ticket event, Dan LeBatard's Father's Day Fiesta at Fogo de Chao on South Beach. Enjoyed meeting so many of  the show's fans. 2) Delight the Dolfans in your life with the perfect anytime-gift: our 'Fins At 50' book. Their reaction is sure to be: "Wait. Greg Cote wrote a BOOK!?" Click on Amazon to check it out. 3) In The Previous Blogpost (ITPB): Miami in play as U.S. to co-host 2026 World Cup, me on LeBatard Show psychiatrist couch, our quixotic campaign to get Schnellenberger in Hall of Fame, 4-Man Outfield & more. 4) Join us on Twitter @gregcote. Also Facebook and Instagram.

LeBron starring in NBA summer blockbuster: The NBA is winning the offseason. Again. The superstar shuffle is one reason basketball is soaring while baseball and football struggle. I explore in my latest column, and also read tea leaves to say which team has emerged as the frontrunner to land James. To read, click this link: http://www.miamiherald.com/sports/spt-columns-blogs/greg-cote/article213247139.html

WORLD CUP 2018 POLL: THE NO-USA EFFECT: VOTE NOW!: What best describes the impact on your interest level of the United States not being among the 32 competing nations?: 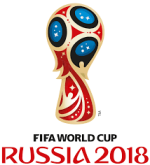 WORLD CUP 2018: SPAIN TOPS IN TALENT: The 2018 World Cup begins today in Russia with the host nation facing Saudi Arabia in the lone match. Betting favorites in the 32-team field are, in order, Brazil, Germany, Spain, France, Argentina and Belgium, with a pretty sharp dropoff after that. Here are the top 10 nations based on ESPN's ranking of the World Cup Top 50 players. We assigned 50 points for the No. 1-ranked player, 49 for No. 2 and so forth:

MIAMI WILL HOST 2026 WORLD CUP MATCHES, AND HERE'S WHY: FIFA yesterday awarded the 2026 soccer World Cup to a joint bid by the United States, Mexico and Canada, and Miami and Hard Rock Stadium are strongly favored to be among host venues selected. That is because of the vision and determination of two men who happen to be the first and current owners of the Miami Dolphins, as I write in my recent column. To read, click 1 Dreamed It, 1 Made It Happen.

Other most recent columns: End the Illogical Shame and Get Howard in the Hall. Jeter Must Restore Faith Before He Can Win. In Search of the Dolphins' Elusive Grand Plan. Uninvited Eagles Latest Pawns In Trump's Subterfuge. Also: When Sports Stopped Being All Fun & Games, The King, Indeed: LeBron Tops Michael, NFL Hiding Problem And Hoping It Goes Away, Tannehill's Defining Season,  Heading For Home: An Ode to Jim Morris and Confessions of a Lifelong Dolfan.

VINTAGE VIDEO: 'HARRY CARAY' ON '97 WORLD SERIES: Happened upon this and thought I'd share: Will Ferrell as Harry Caray on Saturday Night Live, analyzing the 1997 Marlins-Indians World Series. Caray, the legendary Cubs broadcaster, was still alive then but would pass away, at age 83, only four months later, in February of '98:

OUR APSE-HONORED COLUMNS: The Associated Press Sports Editors 2018 writing awards ranked me a Top 10 national sports columnist in the major-outlet category. Thanks, APSE. Here are the nominated columns that earned the honor: At Doral, an annual tradition since 1962 is replaced by silence, and by what's missing  /  Marlins' Jose Fernandez statue is divisive yet has a chance to serve a greater purpose  /  NFL has moral obligation to help Buonicontis and Kiicks while it limits future suffering  /  What led to El Clasico Miami began with Joe Robbie's unlikely, accidental love of soccer  / With 59 home runs, Stanton still had a magic season. Just hope this wasn't goodbye. (For all of our most recent columns, browse MiamiHerald/GregCote).