« It's longshot, but here's the case for Canes baseball and Jim Morris to still make NCAA Tournament; plus Roger Goodell's Hell Week (new column), major spike in support for Ryan Tannehill & more | Main | Cavaliers-Warriors NBA Finals: Who WILL win, who you WANT to win. Two polls. Last day to vote!; plus latest example of 'The Dolphins Disconnect,' new Back In My Day video (Delivery!), links to latest columns & more »

1) It's MONDAY, MAY 28. It is Memorial Day. To all of those who made the ultimate sacrifice, and their loves ones: Thank you! 2) Flabbergast and thrill the Dolfans in your life with our 'Fins At 50' book. Their reaction is sure to be: "Wait. Greg Cote wrote a BOOK!?" Click on Amazon to check it out. 3) In The Previous Blogpost (ITPB): Case for Canes baseball to make NCAAs, NFL's new anthem policy aims to hide truth, your verdict on Tannehill & more. 4) Join us on Twitter @gregcote. Also Facebook and Instagram.

Latest Sunday column: Roger Goodell's Hell Week: Why NFL's new national-anthem policy is blowing up in commissioner's face is topic of my latest column. To read: Hell Week For Goodell. Other recent columns: NFL Hiding Problem And Hoping It Goes Away / Tannehill's Defining Season / A Solution To Jeter's Impatience / Heading For Home: An Ode to Jim Morris / NBA Rolling A Pair of 7s / Confessions of a Lifelong Dolfan / Crossing the Line On American Sports' Pandering For Foreign Money.

MEMORIAL DAY: OUR ANNUAL TRIBUTE VIDEO: On Memorial Day, today, we honor the fallen heroes who deserve our remembrance and thanks every day. They are the men and women who gave their lives while serving in the U.S. military. This video is a song, "50,000 Names," by the country legend George Jones, about Vietnam losses and that war's memorial wall. But the sentiment applies to all military action over the years right through to the post-9/11 conflicts and the war on terrorism. This video is sentimental, unabashedly so. If you lost a loved one in action, this is for you: 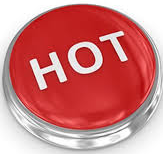 1. NBA: LeBron comes through again, reaches Finals again: It was Cleveland and LeBron James winning in Boston  last night and Golden State at Houston tonight in the NBA's first pair of conference-finals Game 7s since 1979. Is anyone out there -- anybody -- still doubting LeBron!? BY the way, when the Celtics led 2-0 and the West was tied 1-1, I wrote in this column that the two Game 7s would happen. Most of you laughed. Well ... you're welcome.

2. NFL: New anthem-protest policy is polarizing (of course): Commissioner Roger Goodell revealed a new national anthem protest policy that mandates all players on the field stand during the anthem or be subject to fines, with players who don't wish to stand confined to staying in their lockerooms, hidden from sight. President Trump likes the league's new policy. Fans of freedom of expression ... not so much.

3. DOLPHINS: Tannehill back as Fins begin offseason work: The return to the field of quarterback Ryan Tannehill, after a season lost to injury, took center stage as the Fins completed their first three offseason OTA practices, with the next ones coming up this Tuesday though Thursday. Next big deal: A mandatory June 5-7 minicamp. "Can Tannehill stay healthy?" is a reasonable question. So is this: "Can he raise his game and be better than ever?"

4. UM BASEBALL: Denied! Canes, Morris don't get Monday miracle on NCAAs: Going 1-1 in the ACC Tournament after a 27-25 regular season wasn't enough to earn the Canes an NCAA Tournament bid when the field of 64 was announced earler today. It would have taken an answered prayer for coach Jim Morris to make the national playoffs for one last shot at a College World Series title in his final season. Alas, he's done with no last shot at Omaha.

5. MARLINS: Return of Hanley Ramirez? Um, don't count on it: Fire-Sale Fish are 19-33 after being swept at home by Washington, and now are out on a 10-game road trip. There's Hanley Ramirez chatter since the Red Sox announced they're parting ways, but don't expect his return. Hanley is 34, batting .254 and in a role (1B/DH) the Marlins can't use. Another big factor why he won't be signed: Would cost money.

6. NHL: Vegas-Washington Finals begins Monday: Normally Washington, yet to win a Stanley Cup in 43 franchise years, would get to be Lovable Underdog in this unorthodox Stanley Cup Finals that begins tonight out west. But not here. Not when the expansion Vegas Golden Knights aim to be the first first-year franchise ever to win a championship in any of America's Big Four team sports. Fans of hockey's Original Six teams are looking at this matchup and weeping softly.

7. TENNIS: Serena back on major stage as French Open begins: Year's second tennis major began Sunday at Roland-Garros in Paris with defending champ Rafael Nadal, King of Clay, the clear men's favorite again. Simona Halep narrowly tops a far more unpredictable women's field that also will see Serena Williams play in her first major since giving birth. Serena is unseeded because the WTA, in effect, penalizes women for being out on maternity leave. (Aside to WTA: It's the 21st Century now. Join us, won't you!)

8. SOCCER: Real Madrid wins Champions League (again): Real Madrid bounced Liverpool 3-1 on Saturday to win the UEFA Champions League title for the third straight year, led by Gareth Bale's two goals including a gorgeous bicycle kick. We'll all forget it in 18 days when the World Cup starts. But, for now, Real is the real deal. Again.

9. AUTO RACING: Power wins INdy 500 in Danica's last ride: The fabulously named Will Power won the 102nd Indianapolis 500 on Sunday in the final career ride for Danica Patrick, which ended in an early crash. The big day for motorsports also included the Coca-Cola 600, but, sorry NASCAR, this was the one day of the year when IndyCar racing glommed the spotlight.

10. MEMORIAL DAY: Thanks to those who made ultimate sacrifice: Not to nitpick, but please don't cheerily say "Happy Memorial Day!" as if you have no idea what this holiday of remembrance is about. It also is not the occasion to thank a veteran for his or her service. This is to honor our fallen war dead. So: Have a somber, reflective Memorial Day!

Missing the HB10 cut: There is speculation David Beckham's new Miami MLS team will be nicknamed Freedom. Right now, I'd preferred it be called, "Get a damned stadium built first!" ..... The Scripps National Spelling Bee finals are this coming Thursday, when I'll be reminded again how many 10-year-olds are smarter than me ..... Countdown 15 days 'til Justify goes for the Triple Crown in the Belmont Stakes. Break a leg! No, wait. That's just for actors. Sorry ..... Are Harry and Meghan still married? ..... ESPN's third annual World Fame 100 came out, listing the globe's most famous athletes. They lost me at the ping-pong player. I wish were kidding.

'THE FOUR-MAN OUTFIELD': YELICH OVERTAKES STANTON: Throughout the MLB season -- just for fun -- I'm comparing and updating the ongoing performances of the three Marlins outfield starters traded away during the offseason and current Marlins center fielder Lewis Brinson, the best prospect to arrive in the deals. Unfair to compare three established stars with a rookie? Boo hoo. Who said life was fair! Plus, remember: Just for fun! We base our rankings on OPS (on-base plus slugging). The updated 4-Man Outfield appears every Sunday and Monday in the blog. The latest: