1) It's MONDAY, APRIL 16. Jackie Robinson dissolved baseball's color barrier 71 years ago yesterday. 2) Surprise and delight the Dolfans in your life with our 'Fins At 50' book. Click on Amazon to check it out. 3) In The Previous Blogpost (ITPB): Heat-Sixers Game 1 and playoff preview, your confidence-level verdict, The List, 4-Man Outfield update & more. 4) Join us on Twitter @gregcote. Also Facebook and Instagram.

G2: HEAT @ SIXERS: MUST-WIN FOR MIAMI? NOT LITERALLY, BUT YES REALISTICALLY: Still no Joel Embiid for Philly, yet Heat are a 7-point underdog tonight in Game 2 of their NBA first-

round playoff series after being shellacked 130-103 in Game 1 Saturday. This is the 34th seven-game series in Miami franchise history, and the weight of Game 1 is clear. The 18 times Miami has

won the opener, it is 15-3 on advancing. The 15 times it has lost the opener, it is 7-8 on advancing. But four of those advances from 0-1 were in the Big 3 era; today's is obviously not an especially strong Heat team, just a resourceful one with a deep bench. The onus tonight is on Erik Spoelstra to make adjustments that give his Heat a chance. That starts with better perimeter defense against the Sixers' 3's. It also depends on much better efforts and results from everybody but the one guy who played well Saturday, Kelly Olynyk. Time for Miami's "Culture" to show up in the battle with Philly's "Process." The fundamentals that Spoelstra relies on -- defense and effort -- need to arise in full tonight or Miami will limp home in an 0-2 crater.

My Heat playoff columns: The Dolphins thought they'd retake Miami when LeBron left, but the Heat, back in the playoffs, have other ideas. Click In Dolphins vs. Heat, Only One Has Earned Our Trust. Also, I foolishly daringly picked Miami to win in six games. For that column: The Rise Of The Underdog Heat. 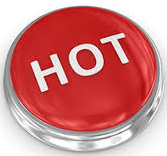 1. HEAT/NBA: Heat get clobbered in Game 1 as playoffs underway: Ouch. Oy. Miami got spanked 130-103 by the 76ers in Philly last night, with Game 2 back up there tonight/Monday. Kelly Olynyk showed up big off the bench for Miami; everybody else pretty much disappeared. It's early, but our series pick (Heat in six games) has been rushed to the emergency room. First the Eagles win the Super Bowl, then Villanova wins the NCAA Tournament, now this. Don't get greedy, Philly!

2. DOLPHINS: Amendola sounds off as draft nears: We're 10 days until the draft's first round, so before we get fully immersed in that, new Fins receiver Danny Amendola tells ESPN that his former Pats boss, Bill Belichick, is both a brilliant coach and a person who could be "an a-hole sometimes." Um, Danny, doesn't that sorta go without saying on both counts?

3. MARLINS: B.V.I. Fish ready to visit Yanks, Stanton: After closing out a home set with the Pirates on Sunday (another loss, of course), the British Virgin Islands Marlins travel to New York for Monday and Tuesday games vs. the Yankees and Giancarlo Stanton. Marlins dismantler-in-chief Derek Jeter said it would be "awkward" for him to be in Yankee Stadium so he won't make the trip. What, like it isn't awkward for him to be at Marlins Park, too?

4. HURRICANES: Spring Game fails to settle QB battle: The quarterback race remains open although with Malik Rosier out front and the defensive line dominated the offensive line, if you want a capsule synopsis of Saturday's football Spring Game at Hard Rock Stadium. Other big college programs sell out their Spring Games, while UM 's drew only around 12,000 fans. If that. You know why? Because Miamians are smarter than everybody else. Bulletin: A Spring Game doesn't count. It's a glorified practice. See ya in September.

5. NHL: Panthers extinct (again) as playoffs underway: Florida finished ninth in the scrum for eight Eastern playoffs spots, but the fight for Lord Stanley's cup is on, anyway. Nashville, Tampa Bay and old-guard Boston are the betting favorites going in, but wouldn't it be fun if the expansion Las Vegas Golden Knights won it all!? Already picturing a float full of waving Elvis impersonators in the victory parade.

6. SOCCER: Neat contrast in Champions League semifinals: The UEFA Champions League is down to four teams as the first leg of the semifinals looms April 24-25. In the upstart division: Liverpool vs. Roma. And in the heavyweight division: Bayern Munich vs. Real Madrid. The only real Cinderella? Associazione Sportiva Roma = I Giallorossi = La Lupa = La Magica. Roma!

7. GOLF: Tiger commits to U.S. Open: He was encouraged by a credible showing in this month's Masters with a 1-over tie for 32nd, including a finishing 69. Now Tiger Woods says he'll play in the 118th U.S. Open June 14-17 in New York. Tiger has won three U.S. Opens and the one way back in 2008 was his last major title. Time for another, Eldrick?

8. UM BASEBALL: Will Clemson series be needed spark?: The Canes are limping with a 15-20 record but were encouraged to take two of three on the road at No. 8-ranked Clemson over the weekend. UM will take a spark anywhere it can find one as it tries to salvage Jim Morris' swansong season.

10. MLB: Two-way sensation Ohtani continues to wow: The Angels' Japanese star Shohei Ohtani enters Sunday play hitting .367 with three homers and a 1.191 OPS, and is 2-0 pitching with a 2.08 ERA and 18-2 on strikeouts/walks ratio. Mike Trout? Who?

Missing the HB10 cut: Quick. Somebody check on Conor McGregor. Getting worried. Been several days since he's done anything stupid ..... Dancing With The Stars announced an all-athletes lineup for its 26th season, including Adam Rippon, Josh Norman, Johnny Damon and Kareem Abdul-Jabbar. The must-watch factor? A chance to hopefully see Tonya Harding fall on her a-- in humiliated defeat ..... PGA Tour golfer Kelly Kraft missed the cut because his tee shot hit a bird. He'd have still made the cut had more of his other shots hit birdies ..... WNBA draft was held. Details when available ..... Free-agent QB Mark Sanchez was suspended four games for performance-enhancing drugs. Dear Mark: They ain't workin'!

UPDATED: 'THE FOUR-MAN OUTFIELD': BRINSON DOWN TO .131: Throughout the MLB season -- just for fun -- I'm comparing and updating the ongoing performances of the three Marlins outfield starters traded away during the offseason and current Marlins center fielder Lewis Brinson, the best prospect to arrive in the deals. Unfair to compare three established stars with a rookie? Boo hoo. Who said life was fair! Plus, remember: Just for fun! We'll base our continually updated rankings on OPS (on-base plus slugging). Early days, but Brinson is really struggling, while Yelich remains sidelined by an oblique (abdominal) issue. The latest, entering Monday play: