« Wayne Huizenga, 1937-2018: My column on the passing of an epic life; plus Dolphins/Gore-Osweiler poll (vote now), our NCAA bracket update (more ouch), MSD March in D.C., Canes football anointed our next champ, my Serena column & more | Main | Verdicts in on NCAA Final Four polls: Here's who you think WILL win, and who you WANT; plus latest 'Back In My Day' video (Pocket Change!), Dolphins No. 32, old grandma feuds old nun and Larranaga on Being Cinderella, Veterans For Gun Reform vid & more »

Latest Hot Button Top 10 (updated): A surprise at No. 1 (maybe) and see what else falls where; plus our NCAA bracket update (ugh), columns on Dolphins/Frank Gore and Wayne Huizenga & more

1) It's MONDAY, MARCH 26. So, so proud of the students of Marjory Stoneman Douglas High whose anger and tears in the wake of last month's mass shooting led to Saturday's March For Our Lives that drew hundreds of thousands to Washington, D.C. and millions to rallies nationwide. The movement to ban assault weapons has only just begun. 2) Happy 71st birthday on Sunday to a philanthropic giant and a man who has been such a vital part of my life's soundtrack: Elton John. 3) Surprise and delight the Dolfans in your life with our 'Fins At 50' book. Click on Amazon or Barnes & Noble to check it out. 4) In The Previous Blogpost (ITPB): R.I.P. Wayne Huizenga, our NCAA bracket update, your Who's-Next verdict & more. 5) Join us on Twitter @gregcote. Also Facebook and Instagram.

Our latest column: The feel-good and the bad of Dolphins signing Frank Gore: It strikes all the right emotional chords, but it also is in keeping with a curious, troubling offseason for the Dolphins. To read our newest column, click Gore Continues Dolphins' Strange Offseason. (By the way, we had a snarky little Twitter poll inviting your reaction to last week's Fins signing of Gore and QB Brock Osweiler. More than 3,000 voted. The result was 26 percent voting "Super Bowl!" and 74% voting "Well, um, uh...")

Other most recent columns: On Wayne Huizenga, Serena Williams, Canes QBs: A South Florida sports and civic giant dies. Click Wayne Huizenga: A Legacy Indelible / Serena returns from maternity leave in her home tournament and is quickly ousted by 20-year-old phenom who grew up idolizing her. Click Serena Fighting Her Career Sunset. And She Has Company / And, can Malik Rosier hold onto Hurricanes' quarterback job? Click Canes QB Battle One Of Strength, Not Desperation. 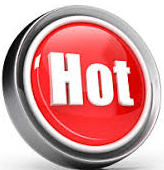 1. MARLINS: It's Opening Week for Fire-Sale Fish and MLB: Winding down a mildly encouraging spring training, by which I mean they weren't awful, the decimated Marlins are three days from Opening Day this Thursday afternoon here vs. the Cubs. The big question: Will new boss Derek Jeter be a part of pregame ceremonies and risk being booed after trading away Giancarlo Stanton, Christian Yelich, Marcell Ozuna and Dee Gordon in a profit-first, baseball-second salary dump?

2. MARCH MADNESS: NCAA Tournament has its Final Four: It'll be No. 1 Villanova vs. No. 1 Kansas and No. 3 Michigan vs. No. 11 seed Loyola-Cinderella in the men's Final Four this Saturday after a five-day break. That's three superpowers and one reminder why we love March Madness so much.

3. WAYNE HUIZENGA: Influential sports owner dies at 80: The man who founded the Miami Marlins and Florida Panthers and rescued the Miami Dolphins from financial calamity -- once owning all three teams concurrently -- died on Thursday. Huizenga was a giant in business and philanthropy and a major figure on the South Florida sports landscape in 1993-2008. R.I.P., good sir.

4. DOLPHINS: Curious offseason continues with Gore, Osweiler: The Dolphins' offseason is getting "curiouser and curiouser," as Lewis Carroll's Alice might say. Last week the team signed former Hurricanes star Frank Gore and then quarterback Brock Osweiler, which might not be too bad except that one is a soon-to-be 35-year-old running back and the other is Brock Osweiler.

5. MARCH FOR OUR LIVES: Parkland tragedy spawns massive rally: No, this has nothing to do with sports. It is much more important than that. Close to a million demonstrators against gun violence and for gun control were drawn to D.C. Saturday by last month's Parkland tragedy and the student leaders from Marjory Stoneman Douglas High. I've seldom been prouder to be American. The best part? Didn't feel like a culmination. Felt like a beginning.

6. PANTHERS: Cats' win as playoff chase enters crunch time: Florida beat Arizona 4-2 led by Vincent Trocheck's two goals Saturday but remains three points off playoff pace with two games in hand. It's crunch time with nine games left, starting now with four straight on the road. Cats have been 19-7 since Jan. 30 but must close strong or the second-half rally will be for naught.

7. HEAT: Miami tumbles to 8th, awaits LeBron: Playoff-bound Heat now sit in 8th place in East after last night's OT loss at Indiana as the NBA regular season wanes. Now it's four straight home games starting Tuesday with a visit by LeBron James' Cleveland Cavaliers. Is LeBron back in Miami still a big thing? We'll likely see him in the playoffs, too -- if Miami can somehow inch up to the 6th seed.

8. TENNIS: Crazy first week as Miami Open hits midpoint: No. 1 seeds Roger Federer and Simona Halep both were eliminated, and Serena Williams suffered a rare first-round ouster as the Miami Open turned quickly into a wide-open affair. Oh, and Caroline Wozniacki claimed she was verbally abused by the crowd. The tournament headed to Hard Rock Stadium next year isn't leaving Key Biscayne quietly ... or predictably.

9. HORSE RACING: Five days 'til Florida Derby at Gulfstream: Promises Fulfilled and Audible are among favorites in this coming Saturday's 67th running of the Florida Derby at Gulfstream. The next-to-last day of the track's Championship Meet will star a major Kentucky Derby prep race that will send one horse off to the Kentucky Derby with a tailwind.

10. SOCCER: Peru beats Croatia in Miami friendly: Holy Nene Cubillas! Peru is back in the World Cup for the first time in 36 years, and looked ready Friday in beating Croatia 2-0 in a Miami friendly that drew 46,893 to The Rock. Both teams are in the 32-nation field for the summer World Cup in Russia. Alas, the U.S. is not, unless Trump can work something out with his pal Putin.

Missing the HB10 cut: Hurricanes spring football practice continues. Would you wake me in September when they start keeping score again? ..... Canes baseball is back up to .500 and goes for the sweep over No. 24 Virginia today. Just when I'm about to write off the season, UM says, "Wait a sec!" ..... Love that another spring football league is starting up one year ahead of Vince McMahon's planned XFL reboot. I'd put the over/under on either league succeeding at 1.5 seasons ..... The NFL winter meetings start Sunday in Orlando. This is where a bunch of rich guys get together, wring hands and do very little. It's a little like politics, in that way ..... UConn's dominance in women's basketball? Bor-ring! ..... By the way anybody know if the NIT tournament has ended? Or started?

NCAA BRACKET UPDATE: A BIG SUNDAY LIFTS US: We're updating you daily on how our bracket is faring in the invitation-only LeBatard & Friends pool at ESPN.com. There are 131 entries, and I stand tied for 24th entering the Final Four (up from 51st) after a perfect Sunday:

Day 9 / Final Four -- After a five-day break the Madness will crescendo with the Final Four on Saturday in San Antonio: No. 11 Loyola-Chicago vs. No. 3 Michigan, and No. 1 Kansas vs. No. 1 Villanova. I have 'Nova winning it all.

Day 8 / Elite Eight -- Sunday as the Final Four was set I had the two No. 1 seeds still in play and both winning, and Villanova and Kansas both came through for me.

Day 7 / Elite Eight -- I didn't have a bracket dog in the hunt in either of Saturday's games as Michigan ousted Florida State and No. 11 Loyola-Cinderella and Sister Jean kept the dream alive by beating Kansas State.

OUR APSE CONTEST-WINNING COLUMNS: The five 2017 pieces that earned us a Top 10 national column-writing honor from the Associated Press Sports Editors: At Doral, an annual tradition since 1962 is replaced by silence, and by what's missing  /  Marlins' Jose Fernandez statue is divisive yet has a chance to serve a greater purpose  /  NFL has moral obligation to help Buonicontis and Kiicks while it limits future suffering  /  What led to El Clasico Miami began with Joe Robbie's unlikely, accidental love of soccer  / With 59 home runs, Stanton still had a magic season. Just hope this wasn't goodbye.

Select additional columns: Brutal Honesty On the State Of the Dolphins / Don't Shut Up, Get Louder / Top 25 Miami Sports Figures For 2018 / Tiger Still Best Thing In Golf, But Reasons Why Have Changed / Jeter's Shameful Decimation Of Marlins Overshadows Season / Our two on the Parkland tragedy: MSD On Their Jerseys, A Community In Their Hearts and Sports Mourns. We All Mourn, Then Wait For The Next Tragedy While Leaders Do Nothing / Our Dwyane Wade homecoming trilogy: Only 3 Points, But He Owned The Night, Heat Have Big Plans For Wade 2.0 and Welcome Home, D.Wade / Also: Richt Building Something Big & Something To Last. Dear Canton: Call Zach. Farewell, Rubin. Beckham's Dream Becomes A Team. When Victims Seize The Power. The Godfather Speaks. Regret, Tears & a Legacy's Dark Shadow. Thank You, Edwin Pope.