« Verdict is in on Dolphins' Landry trade, and you don't like it. At all; plus Heat and Panthers win big, Canes lose, and what it means moving forward; also, thank you D-Wade, catching up with Ichiro and Bosh, our latest columns & more | Main | March Madness Update: My bracket's still solid, oh Virginia, no-Cinderella Saturday and Haiku Challenge contest news; plus brutal honesty on Dolphins (new column), UM women ousted, latest Back In My Day video & more »

1) It's MONDAY, MARCH 12. I was pleased to meet so many fans at Saturday night's LeBatard Brothers 'Mas Miami' event at Blackbird Ordinary. Lots of fun, as suggested by the photo at right, in which I am surrounded by Dan LeBatard, his artist brother Dave (Lebo), Zoo Miami's Ron Magill and a lovely, photobombing fan of the show. Y'all are the best. Click on image to see enlarged version. 2) Surprise and delight the Dolfans in your life with our Fins At 50 book. Click on Amazon or Barnes & Noble to check it out. 3) In The Previous Blogpost (ITPB): Your verdict on Landry trade, Thrilling Thursday in SoFla sports, intimate portrait of Ichiro & more. 4) Join us on Twitter @gregcote. Also Facebook and Instagram.

Why do the damned Dolphins keep giving away their best players?: First Ajayi, then Landry, now Suh. The Dolphins curiously keep parting with their best players. I explore in my newest column. To read, click Why Do Dolphins Keep Giving Away Their Best Players? Also, the ongoing FBI probe into corruption has scandalized this men's college basketball season and shadowed dozens of schools, Miami included. That is why Selection Sunday arrived as medicine for the sport. For that column, click Canes, NCAA Need March Madness To Save The Season.

March Madness Haiku Challenge advisory!: Our blog's 13th annual March Madness Haiku Challenge is ready to unveil, because other than peanut butter and jelly what goes together better than American college basketball and Japanese short-form poetry! We'll unveil entry details and rules right here on Tuesday morning, so prepare to get creative in 17 syllables for your chance at a (not so) fabulous prize! 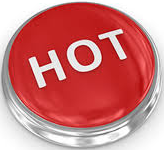 1. COLLEGE BASKETBALL: Selection Sunday sets NCAA bracket: Gentlemen (and ladies), start your brackets! Selection Sunday set the field for the men's NCAA Tournament, with the women's field coming Monday. Villanova is the early betting favorite to win it all, followed by Duke and Virginia. The onset of March Madness means you'll spend the next three weeks pretending to work while sneaking peeks at your smartphone for scores and at your bracket for holes. Do like me. Assume your bracket will suck. It makes the eventual disappointment easier to take.

2. DOLPHINS: Fins trade Landry for not much in return: Jay Ajayi, now this. Dolphins keep giving away talent as if talent weren't the whole point. Miami is trading productive but soon-to-be-pricey slot receiver Jarvis Landry, arguably its most popular player, to the Browns in exchange for fourth- and seventh-round draft picks. If this trade were a football score, I think Cleveland just beat the Dolphins around 31-13.

3. HURRICANES: UM men get No. 6 seed, face Loyola: Canes men were a cinch for selection to the NCAA Tournament, but hardly made their case for a high seed in a one-and-done ACC Tournament performance and lopsided loss to North Carolina. The UM women did better in the ACCs (1-1) and also are sure to make the NCAAs. Question is whether either Miami team can win a couple of games from here and make it interesting. UM men open Thursday vs. Loyola-Chicago in Dallas and are scant 1- to 3-point favorites.

4. PANTHERS: Ice on fire! Hot Cats skating toward playoffs: The crazy-hot Panthers' 4-3 OT win over the Rangers Saturday night marked Florida's franchise-record eighth straight home win and 15th in the past 19 games overall. Cats still are two points off playoff pace but with three games in hand. Bottle the team we've seen the past five or six weeks and this would be a Stanley Cup contender.

5. HEAT: Can Miami climb to fourth in East?: The deep-bench Heat put eight men in double figures in walloping Washington 129-102 at home Saturday night for a second straight win. Miami remains in seventh place in the East but is only 2 1/2 games from fourth with 15 games to go in regular season. Team has been erratic but finds ways to keep you believing. Meanwhile Dwyane Wade visited Stoneman Douglas High and gotten behind the gun-control fight. Could Miami love this guy any more?

6. GOLF: Tiger finishes second as comeback accelerates: Tiger Woods finished second Sunday, one shot back, in the PGA Tour stop at Valspar. There's been much debate whether we should regard Tiger as all-the-way "back." Coming close here was a big step. A great Masters in April would be bigger.

7. MARLINS: Booo! Stanton no-show for Marlins-Yankees: Fish are a solid 10-5-1 at the midsection of spring training -- surprising, considering low expectations for the team. (In fact MLB players union boss Tony Clark blasted the club this week for breaking apart a competitive team. Hallelujah. Yes they did!) Marlins beat Yankees 7-5 Sunday but Giancarlo Stanton did not make the trip to Jupiter. Not cool, Mike. Not cool.

8. CANES BASEBALL: Signs of life as ACC play begins: UM still is only 7-8 overall in Jim Morris' final season but showed signs of life by taking two out of three over Notre Dame in Canes' start of ACC play, missing out on a sweep in the second game of a Saturday doubleheader.

9. TENNIS: Miami Open begins next week: The final Miami Open on Key Biscayne (before moving to Hard Rock Stadium) begins next week, running March 19-April 1. Rafael Nadal dropping out was a big blow but otherwise the men and women's field is strong, and includes fan favorite Serena Williams' return from maternity. Serena is so good, you get the feeling she could win the tournament even if she played while nursing.

10. UM FOOTBALL: Richt preparing for spring practice: UM spring practice opens next week, March 20, and all eyes will be on the quarterback position as incumbent Malik Rosier attempts to fend off the competition and keep his job. If the battle is that close, though, chances are the fight will seep into fall.

Missing the HB10 cut: Giants star receiver Odell Beckham could be in trouble after a leaked video showing him in bed with a woman and with lines of white powdery substance visible. Who's he think he is, a Dolphins offensive line coach!?

OUR MOST RECENT COLUMNS:  Our columns from the past week: Heat, Panthers, Canes Gunning For History  /  As Dolphins' Owner Wrestles With Anthem-Kneeling, A Player Shows A Way Beyond Protests  /  Don't Shut Up, Get Louder  /  Top 25 Miami Sports Figures For 2018.

OUR APSE CONTEST-WINNING COLUMNS: The five 2017 columns that earned us a Top 10 national designation from the Associated Press Sports Editors: At Doral, an annual tradition since 1962 is replaced by silence, and by what's missing  /  Marlins' Jose Fernandez statue is divisive yet has a chance to serve a greater purpose  /  NFL has moral obligation to help Buonicontis and Kiicks while it limits future suffering  /  What led to El Clasico Miami began with Joe Robbie's unlikely, accidental love of soccer  /  With 59 home runs, Stanton still had a magic season. Just hope this wasn't goodbye.

Select additional columns: Fins Must Find Their Future  /  Tiger Still Best Thing In Golf, But Reasons Why Have Changed  /  Jeter's Shameful Decimation Of Marlins Overshadows Season  /  Our two on the Parkland tragedy: MSD On Their Jerseys, A Community In Their Hearts and Sports Mourns. We All Mourn, Then Wait For The Next Tragedy While Leaders Do Nothing  /  Our Dwyane Wade homecoming trilogy: Only 3 Points, But He Owned The Night / Heat Have Big Plans For Wade 2.0 / Welcome Home, D.Wade  /  Also: Richt Building Something Big & Something To Last. Dear Canton: Call Zach. Farewell, Rubin. Beckham's Dream Becomes A Team. Appreciating Wayne Huizenga. When Victims Seize The Power. The Godfather Speaks. Regret, Tears & a Legacy's Dark Shadow. Thank You, Edwin Pope.