Latest Hot Button Top 10 (updated): See who wins mighty battle for No. 1 and what else falls where; plus Match Madness update: My bracket still strong after Bloody Sunday and our Haiku Challenge winner; also, my newest column (Dolphins) & more

1) It's MONDAY, MARCH 19. Hope ya'll had a fun and safe St. Patrick's Day weekend! 2) Pleased to meet so many of you recently at the LeBatard Show event at J. Wakefield Brewing in Wynwood. Great place, great time, great people. 3) Surprise and delight the Dolfans in your life with our Fins At 50 book. Click on Amazon or Barnes & Noble to check it out. 4) In The Previous Blogpost (ITPB): My NCAA Bracket updates, March Madness Haiku Challenge, The List (UM hoops), new Back In My Day video & more. 5) Join us on Twitter @gregcote. Also Facebook and Instagram.

WE HAVE A MARCH MADNESS HAIKU CHALLENGE WINNER!: Our blog's 13th annual Haiku Challenge drew a robust 128 entries this year, of which 80 qualified for consideration as proper haikus (17 syllables) and on topic. Our winning entry was from Michael DeFerrari. His haiku: "Winning a bracket / justifies my existence / picks don't fail me now." Judges appreciated the classic 5-7-5 structure, liked the simplicity and allusion to the disproportionate importance placed on winning, and were smitten by the apparent nod to the 1979 Herbie Hancock album and subsequent colloquialism, "Feets don't fail me now." (Michael, email me at gregcote@miamiherald.com and we'll work out a prize). Appreciation as well to honorable mention haikus from Jay Krupa, Trevor @trashmanT, Harrison Gillming, Marshall Aldrich, Garrick Piche, Rob Frye and Ryan Rodenhauser. Thanks to all who played! Haiku!

Latest column: On Dolphins scrambling to make up losses: This has been a rough offseason and free agency for the Miami Dolphins, led by the departures of much starpower in Ndamukong Suh, Jarvis Landry and Mike Pouncey. In my newest column, I pose the three questions that measure the state of the Dolphins. You might not like answers. To read, click Brutal Honesty On the State Of the Dolphins. 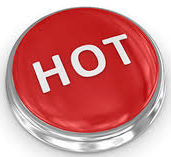 1. HURRICANES / MARCH MADNESS: Miami one and done as Sweet on deck: Your bracket busted yet? Chances are Bloody Sunday did it, with five upsets in eight games. Hurricanes men got bounced in their opener by Loyola-Chicago and UM women were ousted quick by Quinnipiac. The Madness pauses a few days now before resuming Thursday with the Sweet 16. Kansas and Villanova are the only No. 1s left, with Loyola and Syracuse (a play-in team) the double-digit-seed survivors in the Glass Slipper Division.

2. DOLPHINS: Fins busy as NFL free agency underway: Ndamukong Suh followed Jarvis Landry out the door, but Miami bagged two receivers in veteran Danny Amendola (from the Patriots) and young, fleet Albert Wilson. Fins are now talking about signing running back DeMarco Murray. Hmm, like defensive end Robert Quinn, whom they traded for, I'd be more excited about Miami getting Murray if this was, like, 2014.

3. PANTHERS: Cats hit road as playoff fight intensifies: After Saturday's loss to Edmonton the Cats stand ninth in the jockeying for eight East playoff spots, now five points off pace but with three games in hand. Florida now plays seven of its next eight games on the road in a closing stretch that will likely determine whether the Stanley Cup playoffs invite South Florida or not.

4. HEAT: Miami sits pretty for playoffs, but can they climb?: Heat is a virtual lock to make NBA playoffs with a dozen games left. Only question is whether Miami can climb from 8th place for a more advantageous first-round draw. Fourth place and home-court advantage is only three games away, but it'd take a strong finishing kick starting Monday vs. Denver.

5. TENNIS: Serena back as Miami Open begins: Not tired of brackets yet, are ya? The women's draw was Sunday and the men's is Monday as the Miami Open gets underway in its final iteration on Key Biscayne before (unfortunately) moving to Hard Rock Stadium in 2019. Simona Halep was seeded No.  1 but the big intrigue on the women's side will be how wild-card entry Serena Williams performs (starting Wednesday) in her first major tournament since maternity leave.

6. MARLINS: Fish say they want to hear from fans: Two-thirds through spring training the Marlins are a surprisingly decent 12-8-2 after Sunday's loss to the Yankees and Giancarlo Stanton. Meanwhile, the club has started a "Dimelo Miami" gimmick, dimelo being Spanish for tell me. They want to hear from fans. Uh oh. Be careful what you wish for, Fire-Sale Fish.

8. SOCCER: Peru-Croatia in Miami for tuneup: I know a lot of Peruvians live in Miami. Not sure if we have a "Little Zagreb" section of town or not. Anyway, plenty of futbol fans will turn out this coming Friday night at The Rock for a World Cup tuneup friendly match. U.S. men sadly didn't qualify, so we take what we can get.

9. CANES BASEBALL: UM avoids being swept at Duke: Hurricanes beat Duke in Durham Sunday, 8-2, to avoid being swept by their ACC rival. Still been an uphill climb overall, though, for Miami, now 9-10, in Jim Morris' final season. If this is a team capable of reaching the College World Series, tick tock fellas, time to start showing it.

10. HORSE RACING: Florida Derby looms into view: Less than two weeks until the March 31 Florida Derby at Gulfstream, one of the last major prep races before the Kentucky Derby opens Triple Crown season. Still waiting for a superhorse and betting darling to emerge and capture imaginations. Maybe Hallandale Beach will be the stage?

Missing the HB10 cut: Once again the NIT is happening, and nobody is really sure why.

UPDATED. MY NCAA BRACKET: STILL REALLY SOLID, EVEN AFTER BLOODY SUNDAY: We're updating you daily on how our bracket is faring in the invitation-only LeBatard & Friends pool at ESPN.com. There are 131 entries, and -- hard to believe -- even afgter Bloody Sunday, I stand tied for second place overall. And the leader's championship pick is, while mine (Villanova) is not, so I'm still well in this thing entering the Sweet 16:

Next / Sweet 16 -- After a three-day pause the Madness turns Sweet beginning Thursday. Kansas and Villanova are the only No. 1s left. With UMBC ousted, the designated Cinderellas left are 11-seeds Loyola-Chicago (which slayed Miami) and Syracuse, the latter off a play-in game.

Day 4 / Round of 32 -- Correct on only three of eight games (37.5%) on a Bloody Sunday in which Cinderella went nuts. There were five by-seed upsets, including No. 1 Xavier falling to Florida State. Alas, one of the games that went according to form saw the UMBC fairy tale end. For the tournament as a whole I have been correct on 36 of 48 games, or 75%. (Updated: More than half of all in my pool, 68 of 131, already have seen their title-pick eliminated, led by Virginia with 22, North Carolina 16, Arizona 11 and Michigan State 10).

Day 1 / Round of 64 -- Correct on 14 of 16 games (87.5%). Very pleased. That includes two out of three on by-seed upset picks. I was right on No. 11-Loyola over No. 6-Miami (sorry, Canes fans) and 9-Alabama over 8-Virginia Tech. This just didn't feel like the March for Miami to make a run, as I wrote in this column. The upset misfire was 10-Oklahoma over 7-Rhode Island. Our only other miss: 13-Buffalo's bracket-busting stunner over 4-Arizona.

OUR APSE CONTEST-WINNING COLUMNS: The five 2017 columns that earned us a Top 10 national designation from the Associated Press Sports Editors: At Doral, an annual tradition since 1962 is replaced by silence, and by what's missing  /  Marlins' Jose Fernandez statue is divisive yet has a chance to serve a greater purpose  /  NFL has moral obligation to help Buonicontis and Kiicks while it limits future suffering  /  What led to El Clasico Miami began with Joe Robbie's unlikely, accidental love of soccer  / With 59 home runs, Stanton still had a magic season. Just hope this wasn't goodbye.

Select additional columns: Can Hurricanes Answer The Doubters? / Why Do Dolphins Keep Giving Away Their Best Players? / Canes, NCAA Need March Madness To Save The Season / Heat, Panthers, Canes Gunning For History / As Dolphins' Owner Wrestles With Anthem-Kneeling, A Player Shows A Way Beyond Protests / Don't Shut Up, Get Louder / Top 25 Miami Sports Figures For 2018 / Fins Must Find Their Future / Tiger Still Best Thing In Golf, But Reasons Why Have Changed / Jeter's Shameful Decimation Of Marlins Overshadows Season / Our two on the Parkland tragedy: MSD On Their Jerseys, A Community In Their Hearts and Sports Mourns. We All Mourn, Then Wait For The Next Tragedy While Leaders Do Nothing / Our Dwyane Wade homecoming trilogy: Only 3 Points, But He Owned The Night, Heat Have Big Plans For Wade 2.0 and Welcome Home, D.Wade / Also: Richt Building Something Big & Something To Last. Dear Canton: Call Zach. Farewell, Rubin. Beckham's Dream Becomes A Team. Appreciating Wayne Huizenga. When Victims Seize The Power. The Godfather Speaks. Regret, Tears & a Legacy's Dark Shadow. Thank You, Edwin Pope.