« Ranking Miami/SoFla's Top 25 Sports Figures in 2018. New column!; plus thank you, APSE: 3 ways I'm grateful, and 1 reason it doesn't matter; also, Magic City for one night & more | Main | Our column Dolphins' Ross, Stills, anthem-kneeling and activism; plus the power of LeBron, Aly and MSD, latest Back In My Day video (Cookbooks!) & more »

Latest Hot Button Top 10 (updated): A new No. 1 not used to being there, and see what else falls where; plus our APSE-winning columns, Miami's Top 25 Sports Figures & more

1) It's MONDAY, MARCH 5. Surprise and delight the Dolfans in your life with our Fins At 50 book. Click on Amazon or Barnes & Noble to check it out. 2) In The Previous Blogpost (ITPB): Ranking Miami's Top 25 Sports Figures for 2018, thank you APSE & more. 3) Join us on Twitter @gregcote. Also Facebook and Instagram.

Latest column: Ranking Miami's 2018 Top 25 Sports Figures: I last did one of these in late 2015 and man has a lot changed around here in two-plus years. Does Dwyane Wade hang on to No. 1? Where do newcomers Derek Jeter and David Beckham land? Who's the top Dolphin? You're a click away from those answers and more. For the column and full list, click Top 25 Miami Sports Figures For 2018. 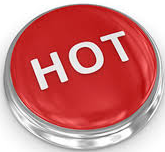 1. PANTHERS: Six straight! Cats surging toward playoff pace: The HB10 doesn't often smile this much on the Panthers, but they've been as good as any team in NHL the past five weeks, winning 13 of the past 16 games including six straight after Sunday's 4-1 win over Philly in a home matinee. Florida is today one only one point off playoff pace but with three games in hand. Cats failed to make a trade-deadline deal, but apparently no help is needed, thanks.

4. HEAT: Miami gets lift from homestand: Miami hardly seemed a playoff team in that defenseless 131-113 home loss to the Lakers but is 3-1 on this homestand. As Heat hosted its annual Family Fest for fans on Sunday, team had lost nine of its past 12 before beating Detroit here Saturday -- the team chasing Miami for that eighth and last East playoff spot. Heat is erratic but it appears depth will earn a postseason ticket.

5. MARLINS: Hot spring so far for Fish: Little is expected this season of the Fire-Sale Fish, but they're 6-3-1 this spring entering Monday. I know. It's meaningless. A mirage. A dream. Still, um, can we start the playoffs right now!?

7. COLLEGE BASKETBALL: Six days 'til Selection Sunday: Brackets ready? March Madness will be upon us in six days, after this week's conference tournament results dole out automatic bids and let the bubble teams make their case.

8. ALY RAISMAN: Olympic gymnast sues over Nassar scandal: Gold-medalist Aly Raisman is suing the U.S. Olympics Committee and USA Gymnastics over the Dr. Larry Nassar sexual abuse scandal. Right on! This will settle, because there's no way those two shamed groups will want to endure further shame in open court.

9. SOCCER: MLS in Miami, yes, but where still in doubt: Major League Soccer's 23rd season began this week. Miami will have an expansion team in the 25th. But where will team's permanent home be? Overtown as assumed? A larger site in Doral? Somewhere else? If David Beckham doesn't even know, we sure can't.

Missing the HB10 cut: Well, [bleep], I made the national Top 10 in column writing from the Associated Press Sports Editors this week, a pretty big deal in the sports journalism biz, and if Greg Cote can't brag in his own damned blog, where can he  brag!? ..... When do the Winter Olympics start? In South Korea, right? ..... Jerry Jones vs. Roger Goodell. Any way they can both lose? ..... Sentences I Never Imagined Writing, one in a series: "New manager Dave Martinez had a trio of camels brought to Nationals spring training to help players get over franchise playoff hump" ..... And another: "J.R. Smith threw soup at a Cavaliers assistant coach." What a terrible waste of soup! ..... Keep doing what you're doing, Stoneman Douglas survivors and other students. Show us the way. The world is watching.

ICYMI: OUR APSE CONTEST-WINNING COLUMNS: These were the five submitted 2017 columns that earned us a Top 10 national designation from the Associated Press Sports Editors:

March 1: At Doral, an annual tradition since 1962 is replaced by silence, and by what's missing.

April 22: Marlins' Jose Fernandez statue is divisive yet has a chance to serve a greater purpose.

May 15: NFL has moral obligation to help Buonicontis and Kiicks while it limits future suffering.

Select additional recent columns: For One Night: Magic City  /  Fins Must Find Their Future  /  Tiger Still Best Thing In Golf, But Reasons Why Have Changed  /  Jeter's Shameful Decimation Of Marlins Overshadows Season  /  Will You Make The Leap Of Faith The Marlins Are Asking? And our two on the Parkland tragedy: MSD On Their Jerseys, A Community In Their Hearts and Sports Mourns. We All Mourn, Then Wait For The Next Tragedy While Leaders Do Nothing. Also: UM Morally Right, But Will the Force (Majeure) Be With Them? LeBron Wins In Latest Power Play, But So Does Miami. Our Dwyane Wade homecoming trilogy: Only 3 Points, But He Owned The Night / Heat Have Big Plans For Wade 2.0 / Welcome Home, D.Wade. Others: Richt Building Something Big & Something To Last. Dear Canton: Call Zach. Farewell, Rubin. Beckham's Dream Becomes A Team. Appreciating Wayne Huizenga. When Victims Seize The Power. No Way to Escape Her Shame. The Hurricanes Are Back; Deal With It, America. The Godfather Speaks. Wade Will End Where He Belongs. Regret, Tears & a Legacy's Dark Shadow. Specials: Thank You, Mae Riback. Thank You, Edwin Pope.