« Latest Hot Button Top 10 (updated): A surprise at No. 1 (maybe) and see what else falls where; plus our NCAA bracket update (ugh), columns on Dolphins/Frank Gore and Wayne Huizenga & more | Main | Opening Week for Miami Marlins: Will they be really bad? Better than expected? Set the expectations bar in season-opening poll. Last day to vote!; plus my Marlins Opening Day column & more »

Verdicts in on NCAA Final Four polls: Here's who you think WILL win, and who you WANT; plus latest 'Back In My Day' video (Pocket Change!), Dolphins No. 32, old grandma feuds old nun and Larranaga on Being Cinderella, Veterans For Gun Reform vid & more

1) It's WEDNESDAY, MARCH 28. Our NCAA bracket updates will resume here when March Madness does with the Final Four this coming Saturday. 2) Surprise and delight the Dolfans in your life with our 'Fins At 50' book. Click on Amazon or Barnes & Noble to check it out. 3) In The Previous Blogpost (ITPB): Hot Button Top 10, NCAA bracket update & more. 4) Join us on Twitter @gregcote. Also Facebook and Instagram.

Dolphins sink to dead-last in rankings: Dolphins are 32nd and last in ESPN's latest NFL Power Rankings this week, and the reasons given are some of the stuff I discussed in my most recent column on the team. I wrote how the signing of Frank Gore struck the rightemotional chords, but also was in keeping with an otherwise curious offseason. To read: Gore Continues Dolphins' Strange Offseason.

Other most recent columns: On Wayne Huizenga, Serena Williams, Canes QBs: A South Florida sports and civic giant dies: Wayne Huizenga: A Legacy Indelible / Serena returns from maternity leave in home tournament and is quickly ousted by 20-year-old phenom who grew up idolizing her: Serena Fighting Her Career Sunset. And She Has Company / And can Malik Rosier hold onto Hurricanes' quarterback job?: Canes QB Battle One Of Strength, Not Desperation. 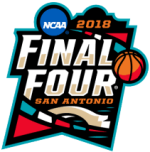 VERDICT IN ON NCAA FINAL FOUR POLLS: VILLANOVA WILL WIN BUT YOU WANT LOYOLA: Your answers to these two questions might have been the same, but turned out to be very different, indeed. Which men's Final Four team do you believe will win the championship? And which team do you hope does win? We asked you to forget your bracket if you were able. On the will-win question, I was more interested in the one team you'd place your money on right now. In the want-to-win question, I was interested in what your heart was telling you. I ran these same polls on my Twitter feed and drew almost 7,000 combined votes. Your results: WILL win--Villanova 44 percent, Loyola 21%, Kansas 19% and Michigan 16%. WANT to win--Loyola 58%, Michigan 16%, Villanova 15% and Kansas 11%. Blog results below (you may continue to vote) are similar:

NEW 'BACK IN MY DAY': POCKET CHANGE!: This first aired live yesterday on the LeBatard Show on ESPN Radio. The idea was suggested by a listener, I liked it, and this turned out to be one of my favorite BIMDs. Hope you enjoy:

VETERANS FOR GUN REFORM: This is a powerful two minutes. It preaches a message I agree with. You are free to not agree. God Bless America!

OUR APSE CONTEST-WINNING COLUMNS: The five 2017 pieces that earned us a Top 10 national column-writing honor from the Associated Press Sports Editors: At Doral, an annual tradition since 1962 is replaced by silence, and by what's missing  /  Marlins' Jose Fernandez statue is divisive yet has a chance to serve a greater purpose  /  NFL has moral obligation to help Buonicontis and Kiicks while it limits future suffering  /  What led to El Clasico Miami began with Joe Robbie's unlikely, accidental love of soccer  / With 59 home runs, Stanton still had a magic season. Just hope this wasn't goodbye.

Select additional columns: Brutal Honesty On the State Of the Dolphins / Don't Shut Up, Get Louder / Top 25 Miami Sports Figures For 2018 / Tiger Still Best Thing In Golf, But Reasons Why Have Changed / Jeter's Shameful Decimation Of Marlins Overshadows Season / Our two on the Parkland tragedy: MSD On Their Jerseys, A Community In Their Hearts and Sports Mourns. We All Mourn, Then Wait For The Next Tragedy While Leaders Do Nothing / Our Dwyane Wade homecoming trilogy: Only 3 Points, But He Owned The Night, Heat Have Big Plans For Wade 2.0 and Welcome Home, D.Wade / Also: Richt Building Something Big & Something To Last. Dear Canton: Call Zach. Farewell, Rubin. Beckham's Dream Becomes A Team. When Victims Seize The Power. The Godfather Speaks. Regret, Tears & a Legacy's Dark Shadow. Thank You, Edwin Pope.