« Derek Jeter can spin it as he wishes, but he has betrayed public trust in decimating Marlins. My new column, and a Jeter poll; plus the Stoneman Douglas tragedy. My column, how you can donate to victims' fund & more | Main | Ten years past his glory days, why Tiger Woods is still the best thing in golf. New column; plus Panthers embrace of Stoneman Douglas, the incongruous buoyancy of Marlins spring training, latest Back In My Day video (Concerts!) & more »

Latest Hot Button Top 10 (updated): After a week when tragedy overshadowed everything in sports; plus column on Derek Jeter's decimation of Marlins as spring training begins & more

1) It's MONDAY, FEBRUARY 19. The Dolfans in your life don't know it yet, but they need this. Click on Amazon or Barnes & Noble to check out our book, Fins At 50. 2) In The Previous Blogpost (ITPB): Stoneman Douglas tragedy with column and GoFund Me page & more. 3) Join us on Twitter @gregcote. Also Facebook and Instagram.

Latest column: On Derek Jeter's Marlins as spring training begins: He can spin it and try to justify it any way he wishes, but Derek Jeter's massive Marlins salary dump is a betrayal of public trust. The Marlins are tanking because the new owners have put the bottom line above the product on the field and above the paying customers. To read my latest column, click: Jeter's Shameful Decimation Of Marlins Overshadows Season.

My column on Stoneman Douglas shooting tragedy, ICYMI: Seventeen were killed last week in a shooting spree at Parkland's Stoneman Douglas High carried out by a coward with an assault weapon, a deranged former student who'd been expelled. Something like this, by the way, is why I, unlike most sports writers, never use words like 'tragedy' or 'disaster' to describe a knee injury or an awful season. This is a tragedy. For my column, click: Sports Mourns. We All Mourn, Then Wait For The Next Tragedy While Leaders Do Nothing. 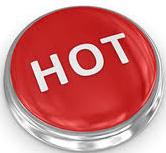 1. STONEMAN DOUGLAS: Mass shooting at local high school kills 17: Seventeen innocents were murdered at Parkland's Marjory Stoneman Douglas High in a mass shooting that stunned the sports world as much as it did the rest of us. The perpetrator: A 19-year-old former student with an assault weapon who is now in custody. Another tragedy wrought by a deranged mind with a military-grade killing machine. The United States shames itself by continuing to allow these weapons to be sold.

2. HEAT: Slumping Miami hanging on at All-Star break: Heat has lost seven of past eight, is 1-2 since Dwyane Wade's return and has fallen to 8th place in the East. All-Star Weekend in L.A. came as a welcome diversion, with Goran Dragic in the main game Sunday, scoring two points in 11 minutes off the bench in a 148-145 Team LeBron win, after Wayne Ellington did Saturday's 3-point contest. Heat are off 'til Friday, at New Orleans.

3. MARLINS: Fire-sale Fish begin spring training for real Monday: What's left of the Miami Marlins opens spring training for real with Monday's first full-squad work up in Jupiter, with the first spring game only four days later. And -- other than new owner Derek Jeter being a colossal disappointment by trading away Giancarlo Stanton, Christian Yelich, Marcell Ozuna and Dee Gordon in a massive salary dump -- it's been a great offseason!

4. OLYMPICS: Winter Games into final week in South Korea: Entering Monday's play Team USA was tied for fourth in gold medals won and tied for sixth in total medals won. Are we OK with that, or are we jingoists crestfallen because America should be No. 1 in everything and at all times?

5. UM BASKETBALL: Canes men's program cleared in FBI probe: Canes men have lost three straight and are back out of the Top 25 after Saturday's home loss to Syracuse. The good news? The UM program -- linked before season to FBI national probe of recruiting corruption -- went a long way to being cleared when charges were dropped against the AAU director accused of funneling money from Adidas to persuade one player to sign with Miami. Wonder if FBI sent Jim Larranaga an "Oops. Sorry, our bad" Hallmark card?

6. PANTHERS: Hot Cats inching up in playoff chase: The good news? Panthers have won seven of past eight games after Saturday's win at Calgary and have within six points of playoff pace. The bad news? Six down is still a lot, and 12th in the East means a lots of teams to still climb over with only 26 games left.

7. UM BASEBALL: Jim Morris' final season underway: It was Play ball! Friday in a season-opening weekend home series for 24th-ranked Canes baseball vs. Rutgers -- UM taking two of three games. Miami is trying to return to NCAA playoffs after missing last year for the first time in four decades. This is the 25th and last season for Morris, who'll then retire. His Canes teams have reached 13 College World Series and won two. Three would be a charm for the coach in the No. 3 jersey.

10. SOCCER: Champions League matches continue: The 32-team UEFA Champions League continues toward its May conclusion with matches Tuesday and Wednesday including club giants Bayern Munich, Barcelona and Manchester United. You are following this avidly or not at all. No in-between, sorry.

Missing the HB10 cut: The weekend "Monster Truck Jam" wraps up Sunday at Marlins Park. Turns out it looks even more ridiculous in person than it does on TV ..... Headline: 'Arizona male cheerleader booted from arena for heckling Arizona State during basketball game.' Ah, sportsmanship! ..... Fox News host Laura Ingraham blasted LeBron James for his criticism of Donald Trump, essentially tell LeBron to "shut up and dribble" just like the president's aides told her to.

POLL RESULT: OPINIONS OF JETER 'VERY UNFAVORABLE': We asked, "What is your impression of the job Derek Jeter has done so far as CEO of the Miami Marlins?" And it was 75.58 "very unfavorable." the other three categories -- very favorable, somewhat favorable and somewhat unfavorable -- all tied with 8.14%.

DEAR GREG...: "Dear Greg, Your blog's OK but would be much better if occasionally you would show a picture of a street musician playing the accordion while dressed like a giant creepy rodent-type thing and staring menacingly at the camera. Thank you." Dear Reader, I would but where on Earth am I going to find something like that!? Please be a little more reasonable with your requests in the future.

Select other recent columns: UM Morally Right, But Will the Force (Majeure) Be With Them? LeBron Wins In Latest Power Play, But So Does Miami. Our Dwyane Wade homecoming trilogy: Only 3 Points, But He Owned The Night / Heat Have Big Plans For Wade 2.0 / Welcome Home, D.Wade. Also: Richt Building Something Big & Something To Last. Dear Canton: Call Zach. Exploring Dolphins' QB Quandary. Farewell, Rubin. Beckham's Dream Becomes A Team. Appreciating Wayne Huizenga. When Victims Seize The Power. No Way to Escape Her Shame. Stanton Had All the Power -- And Used It. Do We Trust Jeter To Fix Marlins?. The Hurricanes Are Back; Deal With It, America. The Godfather Speaks. Jeter Betting On Jeter. Hope That Wasn't Goodbye. Wade Will End Where He Belongs. Regret, Tears & a Legacy's Dark Shadow. Specials: Thank You, Mae Riback. Thank You, Edwin Pope.