« #R3TURN: The Dwyane Wade Welcome-Back Trilogy. My 3 columns including new one; plus we name Hurricanes' Top 10 football recruits, Winter Olympics do-you-care poll (last day to vote) & more | Main | New: Canes on right side in Arkansas State mess ... but will the Force (Majeure) be with them?; plus video in honor of Black History Month, Happy Valentine's Day, newest Dolphins draft guess, America's Dog & more »

The new 'Back In My Day' video (Strange Signs!); plus LeBron wins in Cavs' mega-trade, but Heat won, too. My column; also, latest Hot Button Top 10, our D.Wade welcome-back trilogy, your Winter Olympics verdict & more

1) It's TUESDAY, FEBRUARY 13. The Dolfans in your life may not know it yet, but they need this. Click on Amazon or Barnes & Noble to check out Fins At 50, our ultimate franchise history book. 2) In The Previous Blogpost (ITPB): Dwyane Wade returns to Heat, rating Hurricanes' Top 10 recruits, Winter Olympics poll & more. 3) Join us on Twitter @gregcote. Also Facebook and Instagram.

THE NEW 'BACK IN MY DAY': STRANGE SIGNS!: The latest installment in our BIMD series, from today's LeBatard Show on ESPN Radio and ESPNU:

LEBRON FLEXED HIS POWER AND WON AGAIN ... BUT SO DID THE HEAT: As usual, in-charge LeBron James won big in last week's Cleveland Cavaliers mega-trade. He gets a better team for another run to the NBA Finals. He gets a few months to decide if it's good enough to make him stay. And as a bonus he gets to put a smile on best buddy Dwyane Wade's face. My latest column: Click LeBron Wins In Latest Power Play, But So Does Miami to read.

HOMECOMING: THE DWYANE WADE TRILOGY: Dwyane Wade's sudden, unexpected and warmly received return to the Miami Heat by trade this week delighted South Florida. The news was all-ways good. Good for Wade. Good for the Heat. Good for Miami and its fans. Good from an emotional view. And good from a basketball standpoint, too. I responded to the big reunion with three columns: ICYMI, click Only 3 Points, But He Owned The Night for my column from the arena Friday night as emotion and applause enveloped No. 3. Click Heat Have Big Plans For Wade 2.0 for my middle column on role Pat Riley and Erik Spoelstra envision. And click Welcome Home, D.Wade for my initial column reacting to Thursday's trade. 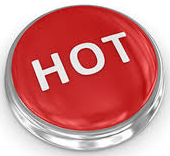 1. HEAT: Dwyane Wade returns!: It wasn't a basketball game it was a love-in as Dwyane Wade returned to the Heat after 1 1/2 seasons away and estranged from the club. He scored only three points in his homecoming game but it sounded like 30 as Miami fans showed No. 3 the love. Welcome back, D.Wade. After all, the 3-0-5 starts with what number again?

2. HURRICANES: Mark Richt, UM score top-10 recruiting class: Canes football scored a National Signing Day bounty of 23 players that was ranked No. 8 in the nation by both ESPN and recruiting bible 247sports.com. That's the good news. The bad? One of the schools ranked even higher is the powerhouse team UM must catch in the ACC: Clemson.

3. MARLINS: Decimated Fish prepare to open spring training: The Marlins held their annual FanFest at the stadium Saturday, although we'd call it SadFest after a Derek Jeter fire sale that plundered the roster of its four biggest stars. Now spring training in Jupiter begins this Wednesday with pitchers and catchers reporting. The season outlook is bleak. And that's the positive spin.

4. OLYMPICS: Winter Games underway in South Korea: Curling, skeleton, frostbite -- all of the wintry sports we love are back as the world competes in Pyeongchang. U.S. speedskater Shani Davis skipped the Opening Ceremony after losing a coin flip to be flag bearer. Ah, sportsmanship!

5. PANTHERS: Erratic Cats still a playoff longshot: Florida has won four of its past five games as it begins a five-game road trip tonight in Edmonton, but the recent hot streak -- OK, tepid, at least -- has not repaired the season outlook. The Panthers are nine points off playoff pace and will need one of Al Michaels' miracles on ice to reach the NHL postseason.

6. UM BASKETBALL: Canes prepare to host No. 2 Virginia: Jim Larranaga's guys can't stand good fortune. They finally climb back into the Top 25 and then lose one they shouldn't  have to Boston College Saturday. Now they host No. 2 Virginia on Tuesday in a gauge-game that will tell us how good the 18-6 Hurricanes really are.

8. NBA: Countdown 6 days 'til All-Star Game: The NBA All-Star Game is next Sunday in Los Angeles, and it'll be Team LeBron James vs. Team Steph Curry in a game sure to include no defense whatsoever. Last year the Western Conference won, 192-182, the highest-scoring ASG ever. The Washington Generals play better D against the Harlem Globetrotters.

9. UM BASEBALL: Jim Morris' final season on deck: Opening Day for Canes baseball is this coming Friday, and it's the final season for longtime coach Jim Morris before retiring. Last year UM's decades-long streak of NCAA Tournament appearances ended. Let's see if Morris can fashion a proper exit for himself. Omaha, anyone?

10. TENNIS: Serena commits to Miami Open: The tournament starts March 19 in its final time on Key Biscayne before moving to Hard Rock Stadium, and the top men and women in the world will be here. That will include new mom Serena Williams in her first major tournament since giving birth five months ago. She could play while holding the baby and still win.

Missing the HB10 cut: The new NASCAR season begins next Sunday with the Daytona 500. Emotional highlight? How about the final Daytona ride for Danica Patrick? Few athletes have ever been more popular with less winning. That's a compliment. Sort of ..... Everybody seems to think the Patriots dynasty is finished. Well, I should say everybody except the millions whose early bets on next season have made New England the Super Bowl favorite. Again ..... Philadelphia held its championship parade for the Eagles. Really slow parade, though, because all of the players were riding in overturned cars ..... Boston sportswriter Ron Borges catching a lot of heat by being duped into a false story. How about a little heat, please, for the idiot who perpetrated the hoax? ..... There will be a Monster Jam truck event next weekend at Marlins Park. Those are the stupid-big trucks on enormous tires that bounce over dirt hills, the curious popularity of the event verifying what P.T. Barnum said about there being a sucker born every minute.

Select other recent columns: Richt Building Something Big & Something To Last. Dear Canton: Call Zach. 7-7-7. Also: The Historic Super Bowl the NFL Needs. Exploring Dolphins' QB Quandary. Farewell, Rubin. Beckham's Dream Becomes A Team. A Heart Both Broken And Soaring Wins Pegasus. The Upside Of a Fire Sale. Appreciating Wayne Huizenga. When Victims Seize The Power. And Barkov Shall Lead Them. No Way to Escape Her Shame. Canes' Late Swoon, OB Loss Don't Erase the Progress. Where The Swagger Was Born. Stanton Had All the Power -- And Used It. Do We Trust Jeter To Fix Marlins?. Truex Jr. Takes Trophy, But Dale Jr. Wins The Day. A QB, a Crisis & a Father's Love. The Hurricanes Are Back; Deal With It, America. The Godfather Speaks. Jeter Betting On Jeter. Hope That Wasn't Goodbye. Wade Will End Where He Belongs. Larranaga Has Canes Flying High, Now This. Regret, Tears & a Legacy's Dark Shadow. Specials: Thank You, Mae Riback. Thank You, Edwin Pope.