« Last day to vote! What was Miami/South Florida's biggest sports story of 2017? Annual poll. Our 18 finalists, you pick top 6. Vote now; plus your biggest-national-story verdict, our NFL playoff picks & more | Main | Time for Dolphins to think beyond Ryan Tannehill? Poll. Last day to vote!; plus giving the devil (Nick Saban) his due, Heat still out front in Miami pro sports & more »

Alabama-Georgia in CFP final: Who WILL win and who do you WANT to win? Two new polls. Vote now!; plus latest Hot Button Top 10 (updated), your verdict on biggest Miami sports story of '17, my NFL playoff pick-results, new Sunday column (Heat) & more

1) It's MONDAY, JANUARY 8. Click on Amazon or Barnes & Noble to check out Fins At 50, our Dolphins book. 2) In The Previous Blogpost (ITPB): Biggest-Miami-sports-story-of-year poll, your biggest-national-story verdict, NFL playoff picks & more. 4) Join us on Twitter @gregcote. Also Facebook and Instagram.

Sunday column: Heat still out front. A state-of on Miami's four pro teams: The Heat are out front largely because the Dolphins, Panthers and Marlins all are in a transitional flux, at a crossroads, looking for a way. Click Will Somebody Please Rise Up for my latest column on the state of South Florida Big Four pro teams as 2018 unfurls.

NFL Wild-Card Weekend pick results: We nailed the Falcons' upset win: We hit a bulls-eye on the Falcons' big upset of the Rams. Overall we went 3-1 straight-up and 2-2 against the spread in the first round, including Panthers-with-points vs. Saints. Click Wild-Card Weekend Gems for all our first-round picks as the Super Bowl Tournament began.

CFP CHAMPIONSHIP GAME: WHO WILL WIN, AND WHO YOU WANT TO WIN: Alabama Crimson Tide vs. Georgia Bulldogs tonight in Atlanta in the College Football Playoff championship game. Two polls here. First asks which team you think WILL win -- who you'd place a bet on straight-up. The second poll asks you you WANT to win -- where your rotting interest lies. Take a dip in both polls now! 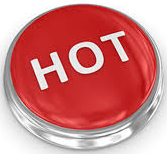 1. COLLEGE FOOTBALL: It's Alabama-Georgia in Monday title game: Alabama is a small favorite in College Football Playoff's all-SEC championship, despite it being held in Atlanta, a home game for Georgia. Crimson Tide are in CFP final for third straight year but, for a change, Nick Saban might not be the least popular man in the stadium, because President Donald Trump plans to attend.
2. NFL: Four pretenders out, eight teams left as Super Bowl Tournament begins: Sayonara, Chiefs, Bills, Panthers and Rams. Nice barely knowin' ya. NFL playoffs are down to eight. Meantime ESPN reported a rift among Patriots owner Robert Kraft, coach Bill Belichick and QB Tom Brady and suggested the empire may be crumbling. Um, the No. 1-seeded Pats, off a playoff bye, are Super Bowl favorites. Again. Oh to have such problems!

4. UM BASKETBALL: Hurricanes win to open three-game Litmus test: Canes' men's team started 10-0 and highly ranked then slumped. What are they trying to mimic the UM football team? (Ouch. Too soon?) But Jim Larranaga's guys are back on track at 13-2 after Sunday's big win over No. 24 Florida State. Two more ranked foes await in No. 25 Clemson and then home vs. No. 2 Duke.
5. DOLPHINS: Problem solved! Fins hire new offensive coordinator: The disappointing 6-10 Dolphins and coach Adam Gase demoted offensive coordinator Clyde Christensen after averaging only 17.6 points per game to rank 28th in the NFL. They replaced him with Dowell Loggains, whom the Bears just dismissed after Chicago averaged 16.5 points, ranking 29th. Well alrighty then!
6. MARLINS: Jeter's 'Project Wolverine' now underway: Derek Jeter's 'Project Wolverine' is his plan to reboot the now-decimated Marlins. It sees a spike in player payroll starting in 2021. Meantime, the carnivorous wolverine has disemboweled Marlins fans and turned their optimism to bloody entrails.

7. PANTHERS: Cats can't capitalize on streak: Sunday's loss made it three L's in a row after a five-game winning streak for Florida, which still lags seven points off playoff pace right at midseason. Check Lost & Found. The map to the postseason seems to have been  misplaced.

8. JON GRUDEN: He's back on the sideline with Raiders: Gruden is transmogrifying from the ESPN football booth back to Chucky, the sideline maniac, taking over the Oakland (soon Las Vegas) Raiders on a 10-year deal. So Redskins coach Jay is now not even the NFL's best Gruden.

Missing the HB10 cut: Australian Open starts next week, and both Andry Murray (injury) and Serena Williams (baby) are out. Although Serena could play with the infant on her back in a papoose and still win the women's side ..... Paul Pierce says the Celtics' tribute to Isaiah Thomas should not be same night as his jersey retirement. Petty much? ..... ESPN fired NFL analysts Eric Davis and Donovan McNabb over a sexual abuse claim. Rough year for the Worldwide Leader ..... The Greek Freak (Giannis Antetokounmpo) leads the Akron Anomaly (LeBron James) in early NBA all-star voting ..... The Bills sent 1,440 chicken wings to the Bengals as a thank-your for beating the Ravens to assure Buffalo made the playoffs? Shouldn't Miami at least get some celery and blue cheese? ..... NFL ratings were down 9.7 percent this season. In an unrelated story, it is estimated 9.7% of players took part in protests during the anthem ..... UM baseball began preseason practice an the final season of Jim Morris. Omaha or bust? Heck, NCAA Regional or bust! ..... USA Today speculated the Dolphins as a possible landing spot for Tom Brady should the Patriots dynasty come apart. Hmm. Is wishing and hoping for a QB who'll be 41 next season not its own form of sadness?

POLL RESULT: TURNOVER CHAIN-FUELED CANES FOOTBALL RESURGENCE THE NO. 1 BIGGEST MIAMI SPORTS STORY OF 2017: We asked what was the biggest Miami/South Florida sports story of 2017, gave you 18 choices and allowed you six votes. More than 2,500 votes poured in. A six-vote ballot means the maximum percentage for any one story would be 16.67 percent and you'd multiply the percent total times six for any idea how often that story was included on ballots. That's IF everyone used all six votes. The fact the No. 1-voted story was off-the-grid-high suggests an organized effort by Canes fans who voted only for that story. In effect, UM fans hijacked the poll. But that's OK. All good. I should note that prior to the sharp spike we detected, UM's resurgence still was running No. 1, although by a much narrower margin over the Stanton/Jeter story. Your results on the biggest Miami/South Florida sports story of 2017: