1) It's MONDAY, DECEMBER 4. Holiday season? That can only mean one thing: Giving the Dolfans on your list the gift of my book on the club's first half-century. Click Fins At 50. 2) In The Previous Blogpost (ITPB): Canes get spanked in ACC title game with CSM poll, other State Collball and conference champ-games, your Cooperstown verdict & more. 3) Join us on Twitter @gregcote. Also Facebook, Instagram, Periscope and Snapchat.

Denver team with worse record, on a seven-game losing streak and 0-5 on the road. The Fins’ are on a season-ruining five-game skid of their own, the slump leaving Miami 4-7 to Denver's 3-8, both AFC also-rans. If this matchup were any less watchable it would be banned from television by the FCC. They might not even allow a live audience to watch for fear of mass mental anguish. There are interesting sidelights, though. Dolphins coach Adam Gase was a Denver assistant six years (2009-14) and QB Jay Cutler — starting again after missing one game concussed — began his career a Bronco in 2006-08. Oh, and Denver coach Vance Joseph was Miami’s defensive coordinator last year. But none of these connections are enough to sufficiently hoist this moribund matchup of teams going nowhere and doing very little well. As much as I don’t trust the Dolphins’ offensive line, Miami at home vs. an even-more-dreadful opponent is worth the gamble here. But I still can’t help but think, as I anticipate an epic Trevor Siemien vs. Cutler duel, that this would be a so much more interesting game if the quarterbacks Sunday were John Elway and Dan Marino. I mean them right now. At ages 57 and 56. Playing in business suits and wingtips. My pick: Dolphins, 19-17. [Click Week 13 Gems for all our latest NFL predictions].

HOT BUTTON TOP 10 (DECEMBER 3): WHAT SOUTH FLORIDA SPORTS FANS ARE TALKING ABOUT: Our blog-exclusive every-Sunday feature is part week-in-review, part look-ahead. Hot Button means what's on our minds, locally and nationally, but from a Miami perspective, as the sports week just past pivots to the week ahead. This week's HB10: 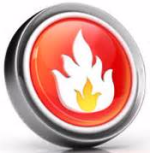 1. HURRICANES: UM routed by Clemson for ACC title, Orange Bowl next: Canes and Clemson faced a Saturday night play-in game for one of four spots in the College Football Playoff, with semifinal matchups set on Sunday. UM went in a big underdog and played like it, losing 38-3. Pretty decent consolation prize upcoming, though: Canes in their home stadium for the Orange Bowl game vs. Wisconsin.
2. COLLEGE FOOTBALL: Conference championships shape final CFP foursome: The College Football Playoff announced its final four teams and two semifinal matchups today: No. 1 Clemson vs. No. 4 Alabama and No. 2 Oklahoma vs. No. 3 Georgia. Big loser: Snubbed Ohio State, which thought it should be fourth. Second big loser: Tough draw for top-ranked Clemson, which likely will be underdog vs. 'Bama.
3. DOLPHINS: Sad Fins host Denver in moribund matchup: How's this for a weekend contrast, Miami? First your Hurricanes play Clemson for ACC title and spot in college playoffs. And then your Dolphins host Broncos in a duel of hopelessness between teams with a combined 12 straight losses. Hasn't been a dropoff that sharp since Thelma and Louise drove over the cliff.
4. SOCCER: 2018 World Cup sets group play: The 32 qualifying nations were drawn into eight four-team groups for next summer's men's tournament in Russia. But I'm still trying to figure something out so maybe you can explain: The United States and Italy failed to qualify but Iceland got in!? Aurora, Colorado has more people than Iceland. Do they play soccer on skates over there?
5. MARLINS: Giants, Yankees, others in play for Stanton: I heard the Marlins have now decided to not trade Giancarlo Stanton and that Miami also will spend big to go after Japanese hit/pitch sensation Shohei Ohtani. And then I woke up from that dream and it was back to reality. With baseball's winter meetings approaching, Stanton is now like one of his home runs: Going, going ... gone!
6. HEAT: As Warriors visit, erratic Heat a mystery even to Spo: Miami, .500 last season, is an up-and-down 11-11 now entering Sunday's huge home test against Steph Curry, Kevin Durant and reigning champion Golden State. Coach Erik Spoelstra says even he doesn't know what to make of his team and can't quite figure 'em out. Hey, we're all right there with you, bud!
7. UM BASKETBALL: Canes, Kansas win as expected: No. 10-ranked Miami men routed Princeton 80-52 and No. 2 Kansas handled Syracuse 76-60 in the Hoophall Miami Invitational at the Heat arena Saturday. UM game tipped off at same time as Canes-Clemson in Charlotte. Turns out the basketball Canes had a much better game.
8. FAU: Owls win C-USA championship: Lane Kiffin's Owls routed visiting North Texas 41-17 to go 10-3 and win Conference USA crown. Oh, and Butch Davis' FIU Panthers whipped UMass 63-45 to end regular season 8-4. Canes didn't take care of business Saturday, but SoFla's other two FBS teams sure did.
9. GOLF: Tiger Woods erratic in latest comeback: He opened with an eye-opening 69, but shot 75 on Saturday and is 10 shots off the pace entering the final round of the Hero World Challenge in Nassau -- his first competitive round in 10 months. Be good again, Tiger. Golf needs you.
10. HORSE RACING: Gulfstream opens winter meet: The venerable Hallandale racetrack opened its winter season Saturday, with upcoming jewel events to include the Florida Derby and second annual Pegasus World Cup. Get out of the casino and watch an actual horse race, would ya?
Missing the HB10 cut: Florida Panthers: We don't even make your HB top 10!? Me: You're 10-16, Cats. How 'bout you win a little? ..... Jimbo Fisher dumps Florida State and follows the big bucks to Texas A&M. Money aside, is that even a lateral move? ..... Tennessee Vols fired the athletic director over the botched football coach search. He got Schiano'd! ..... Cleveland Cavaliers have won 11 games in a row. It's all Dwyane Wade! ..... It's Seattle and Toronto in the Major League Soccer finals. Meantime it feels like we're getting close to the 10-year anniversary of David Beckham's efforts to bring MLS soccer to Miami ..... Jason Taylor was honored for his Hall of Fame election in a private event at the stadium last night. Hopefully they had a TV on for the UM-Clemson game. Come to think of it, maybe better that they didn't.
Select other recent columns: 'Tis The Season, celebrating Canes, FIU and FAU's combined record-best seasons. Also: The Fuel Of Doubt. One Bad Loss Doesn't Spoil All The Good. Adam Gase Must Find A Way. Truex Jr. Takes Trophy, But Dale Jr. Wins The Day. Heart and Fight Keep Canes' Perfect Dream Alive. A QB, a Crisis & a Father's Love. The Hurricanes Are Back; Deal With It, America. Canes-Irish: Game For The Ages. Dolphins Let Another Prime-Time Chance Slip. How to Make a Bad Offense Worse. Appreciate Perfection -- Period. Along For the Ride On the Road to 'Back'. The Godfather Speaks. Latest Drama in Bizarre, Trying Season. It Isn't Just Cutler. Back On Track & Ready To Roar. Jeter Betting On Jeter. Hope That Wasn't Goodbye. Wade Will End Where He Belongs. Larranaga Has Canes Flying High, Now This. Regret, Tears & a Legacy's Dark Shadow. A Perspective On Sports As a Hurricane Hits. Specials: Thank You, Mae Riback. Thank You, Edwin Pope.