1) It is TUESDAY, NOVEMBER 14. Know any people who are serious Dolfans? Surprise and delight them with our book on club's first half-century. Click Fins At 50. 2) In The Previous Blogpost (ITPB): Hurricanes crush Notre Dame 41-8 with CSM postgame poll, other state Collball & more. 3) Join us on Twitter @gregcote. Also Facebook, Instagram, Periscope and Snapchat.

DOLFAN SATISFACTION METER: G9: 3.5%: Results are certified in the latest installment of the Dolfan Satisfaction Meter postgame polls, and they show 3.5 percent overall approval -- the combination of "very" and "somewhat" satisfied votes -- in the wake of Monday night’s 45-21 Dolphins loss at the Carolina Panthers putting Miami's season record at 4-5. That is a new season low. The DSM is a continuous weekly gauge of how Dolfans are feeling about the team and its direction. Right after each game I invite you to share your overall degree of satisfaction. Criteria for voting is your own, but I suggest fans consider the most recent game's performance and caliber of opponent, season as a whole, direction the club is heading and your overall degree of optimism -- all in the context of reasonable expectations. Results are certified official the morning after one full day of voting. In this case that was around 8:45 a.m. today/Wednesday.

G9: CAROLINA 45, DOLPHINS 21: OK YOU SAW WHAT THE CANES JUST DID, FINS. WHAT YOU GOT? NUTHIN'!:  Our five takeaways from Monday night’s 45-21 Dolphins loss at Carolina: 1) With Miami 4-5 after a third straight loss, please do not mention the phrase “playoff contention” again until you hear otherwise. You cannot rely on either offense or defense As ESPN’s Jon Gruden put it Monday night, Miami “is perhaps the most inconsistent team I‘ve seen in a while.” 2) We knew the offense was among the NFL’s worst. But we thought the defense was OK, maybe even pretty good. Until now. Carolina totaled 548 yards of offense, including 294 rushing (and 8.2 per carry). Embarrassing. 3) Not Yet Ready For Prime-Time Players. Dolphins just became the first team ever to play three consecutive prime-time games and lose them all. 4) Miami remains the only team in the league to not score a rushing touchdown this season. Larry Csonka and Ricky Williams are spinning in their graves, and they aren’t dead yet. 5) Game-turning play: Fins were headed into halftime down only 10-7, then Jay Cutler through a bonehead interception from his own end that set up Carolina for a 17-7 lead. It was over from there ..... In- game: MIA 21-45 (4Q): Landry 9-yard pass from Cutler ..... CAR 45-14 (3Q): Funchess 32-yard pass from Newton ..... CAR 38-14 (3Q): McCaffrey 2-yard pass from Newton ..... MIA 14-31 (3Q): Drake 66-yard run ..... CAR 31-7 (3Q): Artis-Payne 12-yard run ..... CAR 24-7 (3Q): Funchess 28-yard pass from Newton ..... Halftime thoughts: Miami down in total yards 220-118 but a fairly even half except for the late, dumb Jay Cutler interception that gifted Carolina an easy TD ..... CAR 17-7 (2Q): Dickson 7-yard pass from Newton ..... MIA 7-10 (2Q): Thomas 2-yard pass from Cutler ..... CAR 10-0 (2Q): McCaffrey 4-yard run ..... CAR 3-0 (1Q): Gano 40-yard FG ..... Live blog tonight will mean as-they-happen score updates, halftime and postgame thoughts, then the DSM postgame poll ..... Original post: The Dolphins have lost two in a row, and there are no pity-points for improved effort or barely losing to Oakland 27-24 last week as what had been a comatose Miami offense finally showed a pulse. Fins still must prove they

can play a complete, complementary game with all cylinders pumping, and if they don't do it Monday night in Charlotte that would make it 0-for-3 in consecutive prime-time showcases. I give Miami a big chance here -- certainly against the spread, getting 10 points. Dolphins may be a shaky .500 at 4-4, but the Panthers' 6-3 mark

wobbles a bit, too. Cam Newton's passer rating actually is a fair bit worse than Jay Cutler's (78.4 to 87.4), thanks to Cam's 11 interceptions, tied for most in the league. The Cats are minus-8 overall on turnovers, fourth-worst in the NFL. Miami also has the benefit of safety T.J. McDonald's debut after serving an eight-game league suspension for substance abuse. Carolina's defense, though, is really stout -- much better than what Cutler picked apart last week vs. Oakland. And it doesn't help that Fins right tackle Ja'Wuan James is now on injured reserve. Also the Monday night stage, though diminished, still tends to magnify a home-field advantage. The good news? I'd bet on a close game, Miami-plus-points, and an outright upset would not shock. The bad news? I need to see a solid, four-quarter performance by the offense and defense in synch before the Dolphins earn my trust to conjure another major road upset like what they pulled off in Atlanta. My pick: Carolina, 24-17. 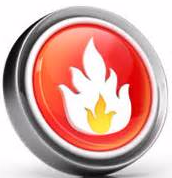 1. HURRICANES: UM crushes Notre Dame, stakes championship intentions: Canes crushed Fighting Irish 41-8 Saturday, clinched a spot in ACC title game and made case to leap from No. 7 into College Football Playoff top four. For me, other than the five national-championship wins, the last in 2001 -- maybe the greatest night in UM football history. #TurnoverChain

2. DOLPHINS: Miami crushed at Carolina on Monday Night Football: Fins had lost two games in a row on Thursday night (at Baltimore) and Sunday night (vs. Oakland) and now gave Monday a shot in last chance to avoid being first team ever to lose three consecutive prime-time games. Didn't work.

3. NASCAR: Six days 'til Championship Sunday at Homestead: Sunday's penultimate race in Phoenix finalized the Championship Four for this Sunday's run at Homestead-Miami Speedway. It'll be Kevin Harvick, Kyle Busch, Martin Truex and Brad Keselowski racing for season crown. As many eyes, though, will be on Dale Earnhardt Jr. in his last race before retiring.

4. COLLEGE FOOTBALL: CFP committee ready to shuffle top four: With No. 1 Georgia, 3-Notre Dame and 6-TCU all losing Saturday, Miami should leap 7-to-4 -- at least -- in Tuesday's new College Football Playoff ranking. New No. 1 figures to be Alabama ... unless Miami Hurricanes fans commandeer the votes. Would not shock to see Canes second behind only 'Bama.

6. MARLINS: Stanton trade speculation gains traction: Fish confirmed Don Mattingly would return as manager but remain noncommittal on slugger Giancarlo Stanton as assumption grows that they'll trade him, with Red Sox, Cardinals, Giants and Phillies out front among reported suitors. Dear Marlins: Small request. Get (a lot) more for Stanton than you got for Miguel Cabrera.

7. HEAT: Must we get used to being average?: Miami is 6-7 after Sunday's loss in Detroit, after finishing right at .500 last season. Long season, folks. And it's looking like another thrilling fight for that seventh or eighth seed. Pardon the attitude. The Big 3 years spoiled me.

8. PANTHERS: Florida sinks to bottom of East: Cats are 5-11 after loss in New Jersey and in last place in the NHL's Eastern Conference. Either the club will show patience seldom associated with the Panthers, or rookie coach Bob Boughner may be on the edge of trouble.

9. FIU: Panthers fall at home: FIU was an upset loser to Old Dominion 37-30 Saturday but still is an impressive 6-3 under first-year coach Butch Davis, though overshadowed by UM's unbeatenness. I mean, what were the odds FIU would today have as many wins as the Seminoles and Gators combined?

10. BASEBALL: Japanese phenom headed to America: Touted Japanese pitcher/outfielder Shohei Otani will be in Major League Baseball starting in 2018. hailed as perhaps the greatest two-way player since Babe Ruth. Hey, no pressure or anything, Shohei!

Missing the HB10 cut: Free man O.J. Simpson has been banned from the Cosmopolitan hotel-casino in Vegas over alleged drunken, belligerent behavior. Or, did that go without saying? ..... Lonzo Ball's younger brother was among UCLA players arrested for shoplifting in China. Does the Bruins defense get statistical credit for those steals? ..... Bulletin: Ezekiel Elliott's suspension is back on, pending another 47 appeals ..... On behalf of Richard Sherman and his Achilles, can we finally abolish Thursday Night Football? Please? ..... R.I.P., Roy Halladay. And a slap in the face to those Boston radio idiots who made light of the private plane crash that took his life ..... What the hell did you start, Harvey Weinstein? Now Louis C.K., too? Keep it in your pants, fellas. Y'all are giving men a bad name, by which I mean even worse than usual.

Select other recent columns: The Hurricanes Are Back; Deal With It, America. Canes-Irish: Game For The Ages. Dolphins Let Another Prime-Time Chance Slip. Everything Is In Play Now. Miami Wins Again. Also: How to Make a Bad Offense Worse. Appreciate Perfection -- Period. Along For the Ride On the Road to 'Back'. The Godfather Speaks. Latest Drama in Bizarre, Trying Season. It Isn't Just Cutler. Back On Track & Ready To Roar. Jeter Betting On Jeter. Hope That Wasn't Goodbye. Chasing History. Wade Will End Where He Belongs. Larranaga Has Canes Flying High, Now This. Regret, Tears & a Legacy's Dark Shadow. Really Good or God-Awful, Cutler Won't Be Dull. A Perspective On Sports As a Hurricane Hits. Specials: Thank You, Mae Riback. Thank You, Edwin Pope.