1) It is MONDAY, NOVEMBER 20. Holiday season! Give the Dolfan on your list the gift of my book on the club's first half-century. Click Fins At 50. 2) In The Previous Blogpost (ITPB): Hurricanes beat Virginia for 10-0 with CSM poll, FIU handles FIU, other state Collball & more. 3) Join us on Twitter @gregcote. Also Facebook, Instagram, Periscope and Snapchat.

New Dolphins column: Click Gase Must Find A Way for the latest from me on the Dolphins' woes.

On Hurricanes' 44-28 Saturday win: Click on Heart and Fight Keep Canes' Perfect Dream Alive for my column from stadium on Saturday's comeback win by No. 3 and now 10-0 UM.

DOLFAN SATISFACTION METER: G10: 3.6%: Results are certified in the latest installment of the Dolfan Satisfaction Meter postgame polls, and they show 3.6 percent overall approval -- the combination of "very" and "somewhat" satisfied votes -- in the wake of Sunday afternoon's 30-20 Dolphins home loss to the Tampa Bay Buccaneers putting Miami's season record at 4-6. The DSM is a continuous weekly gauge of how Dolfans are feeling about the team and its direction. Right after each game I invite you to share your overall degree of satisfaction. Criteria for voting is your own, but I suggest fans consider the most recent game's performance and caliber of opponent, season as a whole, direction the club is heading and your overall degree of optimism -- all in the context of reasonable expectations. Results are certified official the morning after one full day of voting. In this case that was around 6:45 a.m. today/Tuesday.

G10: TAMPA BAY AT DOLPHINS: MIAMI LOSES 4TH STRAIGHT, FALLS TO 4-6: Miami trailed 20-7 early, fought back to tie it 20-20 but lost on a 35-yard Bucs FG in the closing seconds followed by a fumble-TD on the final play. Fins had rallied behind Matt Moore after Jay Cutler (with three first-half INTs) left with a concussion. Original post: This is the season opener Hurricane Irma blew away and postponed 'til now -- what should have been a bye week for both teams. Instead the delayed meeting finds Fins and Bucs each slogging through disappointing seasons. Tampa just

extricated from a five-game losing streak and now is without injured QB Jameis Winston. Miami was sailing along at 4-2 despite bad offense, but then came that 0-3 skid by a combined 112-45 score in consecutive prime-time pratfalls. Dolphins are only one game off playoff pace in the weak AFC but it feels worse, leading coach Adam Gase this week to say of his team: "It's not a total disaster everywhere." How's that for a positive spin! Such a rallying cry! It's hard to decide which team is worse right now, so this is a rare pick-'em game -- at least it was when I picked it -- though Miami opened a 2 1/2-point favorite and on Sunday morning I found both TB and MIA favored by 1 point in various lines. Not sure I get why Fins are not a three-point pick because team seem even. Jay Cutler vs. Ryan Fitzpatrick may be a push, but I anticipate a big bounceback performance at home by Miami's defense, which was embarrassed in that 40-0 loss at Baltimore and maybe even moreso in the 45-21 shellacking in Carolina Monday night. Against a Bucs squad that is 0-4 on the road, look for the Dolphins to shake their lapse into awfulness and get back to being average. Both teams share desperation,with LB Rey Maualuga's recent arrest and fast firing only adding to Gase's trying season. As the city swoons over the unbeaten Hurricanes, the Dolphins sincerely need a W to get folks caring again. My pick: Dolphins, 21-20. (Click Week 11 Gems for all our latest picks).

NASCAR CROWNS TRUEX CHAMP, JUNIOR BIDS FAREWELL AT HOMESTEAD: My Dale Jr. column from the track. Click Truex Jr. Takes Trophy, But Dale Jr. Wins The Day. The four drivers running for the NASCAR season championship today -- Kyle Busch, Kevin Harvick, Brad Keselowski and Martin Truex -- do not, for me, include any transcendent star of particular interest. But the fact this is Dale Earnhardt Jr.'s final race before retiring adds a compelling layer to the day. I'll be down there columnizing. Gentleman, start your laptop!

HOT BUTTON TOP 10 (NOVEMBER 19): WHAT SOUTH FLORIDA SPORTS FANS ARE TALKING ABOUT: Our blog-exclusive every-Sunday feature is part week-in-review, part look-ahead. Hot Button means what's on our minds, locally and nationally, but from a Miami perspective, as the sports week just past pivots to the week ahead. This week's HB10: 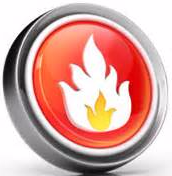 1. HURRICANES: No. 3 Canes rally to beat Virginia in home finale: ACC title game, first 10-win season since 2003 and angling for College Football Playoff all say Miami is back. Saturday's third straight huge home crowd for the 44-28 win says Canes fans are back, too.

4. DOLPHINS: Fins fall to Tampa, lose fourth straight: Miami has now been outscored 142-65 in a four-game skid including Sunday's 30-20 loss to visiting Tampa Bay. At 4-6 and with the schedule now really toughening, wave bye-bye to realistic playoff hopes.

5. HEAT: Wanted: Signs Miami is above average: Heat is 7-9 with Sunday's loss to Indiana, after last season's .500 finish. When will Miami leave Mediocreville and be relevant again? Wednesday visit by really-good Boston will tell us how good Heat is ... or isn't.

6. SOCCER: Two huge omissions as World Cup field set: The 32-nation field for the 2018 men's soccer World Cup in Russia is now set, with the draw scheduled for Dec. 1. Italy and the United States were the two most notable teams to fail to qualify. You'd think Putin could have snuck the U.S. in as a favor to Trump, no?

7. SHULA BOWL: FAU handles FIU in rivalry renewal: The 16th annual Shula Bowl found host FAU clobbering FIU 52-24, Lane Kiffin besting Butch Davis in a duel of two veteran coaches who have turned around those programs in their first seasons at the schools.

9. PANTHERS: Hey don't forget about us, say Cats: Florida fell to 7-13 with Sunday's loss in Anaheim. Inconsistent Cats need to make a run (a skate?) to earn attention of more than diehards in South Florida.

10. TENNIS: Serena gets married: Tennis star Serena Williams married Alexis Ohanian in a fairy-tale, Beauty and the Beast-themed wedding in New Orleans. They'd recently had a baby girl together. The baby is the early betting favorite to win Wimbledon in 2038.

Missing the HB10 cut: The Jerry Jones-Roger Goodell feud is getting nasty. On the bright side, it's a diversion from counting players who took a knee during the anthem ..... Bucs QB Jameis Winston is accused of grabbing the crotch of a female Uber driver. And, yes, that is worse than stealing crab claws ..... Dear Media Colleagues: A special request? Quit interviewing, quoting and broadcasting LaVar Ball. Thank you. Carry on.
Select other recent columns: A QB, a Crisis & a Father's Love. CFP Does Canes A Favor. The Mark 'n Manny Show. Championship In View For Soaring Canes. The Hurricanes Are Back; Deal With It, America. Canes-Irish: Game For The Ages. Dolphins Let Another Prime-Time Chance Slip. Everything Is In Play Now. Miami Wins Again. Also: How to Make a Bad Offense Worse. Appreciate Perfection -- Period. Along For the Ride On the Road to 'Back'. The Godfather Speaks. Latest Drama in Bizarre, Trying Season. It Isn't Just Cutler. Back On Track & Ready To Roar. Jeter Betting On Jeter. Hope That Wasn't Goodbye. Wade Will End Where He Belongs. Larranaga Has Canes Flying High, Now This. Regret, Tears & a Legacy's Dark Shadow. A Perspective On Sports As a Hurricane Hits. Specials: Thank You, Mae Riback. Thank You, Edwin Pope.