1) It is MONDAY, OCTOBER 30. Thanks to Paul Castronovo for having us on his Big 105.9 radio show this morning. Always enjoy it. 2) See previous blogpost for our latest Dolfan Satisfaction Meter rating. Warning. It ain't pretty. 3) Know any people who are serious Dolfans despite Thursday night? Surprise and delight them with our book on club's first half-century. Click Fins At 50. 4) In The Previous Blogpost (ITPB): Dolphins embarrassed in Baltimore with DSM poll, NFL Week 8 picks, The List (Fins on Thursdays), ode to Fats Domino & more. 5) Join us on Twitter @gregcote. Also Facebook, Instagram, Periscope and Snapchat.

Canes our great hope at 7-0: Click Along For the Ride On the Road to 'Back' for our latest Sunday column. And by the way, if you aren't satisfied with 7-0, you may be trying a bit to hard not to be. Just sayin'. 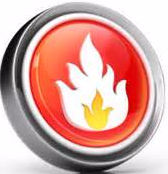 1. HURRICANES: No. 8 Miami clicks Heels, moves to 7-0: UM on Saturday won 24-19 at North Carolina in what also was a (nervous) victory over the losing focus and looking ahead, with home games next vs. ranked Virginia Tech and Notre Dame. Must have been those equine blinders Mark Richt had fitted onto UM helmets Saturday. Oh, and by the way: Read somebody said UM's 7-0 feels like a "fraud." People, if you can't be happy with 7-0, perhaps you are trying a bit too hard not to be.

3. HEAT: Early injuries hampering team out the gate: Miami's 2-3 start after Saturday's home loss to Boston has been marked by early injuries to key players, notably to Hassan Whiteside. Any team's fortunes rely on the crapshoot of good health. But is it too much to ask that your team at least stay injury-free for, like, the first week!?

4. BASEBALL: Wild World Series about to end somebody's long suffering: As the World Series moves west to L.A. with Houston up 3-2, the Dodgers are seeking their first WS championship since 1988 while the Astros are after their first ever. No matter who wins, celebrating fans may need a quick lesson in how to throw a parade.

5. UM BASKETBALL: Cloud over Larranaga as season nears: The season opener for Canes men's hoops is only 12 days away, and UM is supposed to be really good. But – with coach Jim Larranaga professing innocence but admitting he is the unnamed Miami coach in that FBI recruiting probe – a major distraction welcomes the season.

6. PANTHERS: Typical mediocre start for high-hope Cats: A new coach, Dale Tallon back in charge, new hope, but it's a 4-6 start after' Saturday's home loss to Detroit, already well off playoff pace. They're in midst of five-game homestand, needing a spark. A reason for rekindled hope.

8. HALL OF FAME: Riley, LeBatard among Miami inductees: Heat boss Pat Riley and Miami-based ESPN Radio lord Dan LeBatard were among latest inductees into Miami Chamber of Commerce Hall of Champions. Imagine LeBatard make the Hall of Fame despite all those years of steroid use!

9. MARLINS: Jeter, "Mr. Marlin" officially part ways: New boss Derek Jeter and Jeff Conine could not agree on Conine's role or salary, so he's out. So the Marlins dumped Mr. Marlin. Tony Perez and Andre Dawson are out for same reasons. How Loria-esque!

10. NASCAR: One race left before Homestead finale: Next Sunday in Phoenix is the final race before NASCAR's Nov. 19 grand finale down at Homestead. No Dale Jr. in the finals, though. Cinderella failed us.

Missing the HB10 cut: Aston Martin is selling a Tom Brady-edition automobile for $360,000. It is preprogrammed to drive straight to the Super Bowl ..... The Yankees parted ways with manager Joe Girardi after 10 seasons. See. I told ya it wouldn't last! ..... Florida Gators reportedly have ousted coach Jim McElwain, with ex-Canes coach Randy Shannon taking over on interim basis. There's a naked-man-lying-on-a-shark-in-a-boat joke there somewhere ..... It was reported Alabama's Nick Saban is America's highest-paid college football coach at $11.132 million. How much the guy gotta make to smile once in awhile!? ..... Astros' Yuri Gurriel disciplined for a racist slant-eye gesture aimed at Dodgers' Yu Darvish. Ah, sportsmanship! ..... Dolphins cheerleaders held annual Swimsuit Fashion Show. Instead of a calendar, troupe produced a 100-page coffee table book. Sounds like good bathroom "reading" material for Dad!

CANESFAN SATISFACTION METER: G7: 64.3%: Results are certified in the latest Canesfan Satisfaction Meter postgame poll, and they show 64.3 percent overall approval -- the combination of "very" and "somewhat" satisfied votes -- in the wake of Saturday's 24-19 victory at North Carolina putting No. 8 UM's season record at 7-0 overall and 5-0 in the ACC. That's a sharp drop to a season low after a fourth straight narrow win. The CSM polls are your invitation after every Canes game to share your overall degree of satisfaction with the team. Criteria for voting is your own, but we suggest you consider the latest performance and caliber of opponent, the season as a whole, the direction of the program and your overall sense of optimism -- all in the context of reasonable expectations. Poll results are certified official the morning after one full day of voting. In this case that was around 8:30 a.m. today/Monday.
2017 CSM results
G1: 69.5% following 41-13 victory vs. Bethune-Cookman
G2: 83.9% following 52-30 victory vs. Toledo
G3: 96.5% following 31-6 victory at Duke
G4: 97.6% following 24-20 victory at Florida State
G5: 96.0% following 25-24 victory vs. Georgia Tech
G6: 93.0% following 27-19 victory vs. Syracuse
G7: 64.3% following 24-19 victory at North Carolina
Next poll: Nov. 4 following game vs. Virginia Tech

NO. 8 HURRICANES 24, @NORTH CAROLINA 19: FOURTH STRAIGHT TIGHT GAME, BUT UM STAY UNBEATEN: Miami has won its past four games by a combined 18 points after today's 24-19 escape at North Carolina, but, when last I checked the math, 7-0 was 7-0 ..... Original post: This high-noon ACC Coastal kickoff in Chapel Hill figures as a rout, maybe even an ugly one. Miami is 6-0, 4-0 in the ACC and beginning to think it has a shot at working up into conversation for the four-team College Football Playoff. North

Carolina is 1-7, 0-5 in the conference and, thanks largely to decimating injuries, every bit as bad, all over the field, as those records suggest. In some ways it's surprising Miami is "only" a 20 1/2-point favorite. And yet the seeming lopsidedness here is about all that should worry UM coach Mark Richt. With consecutive home games vs. ranked opponents Virginia Tech and Notre Dame following this, taking the Tar Heels too casually and mentally looking past them is about the only factor that could imperil the Canes here. Richt has been very good at marshaling his team's focus, though, and he has a little help. UNC has beaten Miami two in a row, and some Canes felt "disrespected" by the Heels' celebrating last year after a 20-13 win in Miami. That suggests the Hurricanes might just be in payback mode. A comfy win would be especially welcome following the past three games won by a combined total of just 13 points. "We're not foolish enough to think that we've arrived yet," Richt said of his team. "I don't think they believe that. They know we have to earn it." My pick: Hurricanes, 45-13.

Other state FBS Week 9 games (chronologically, all Saturday unless noted):

Boston College 35, Florida State 3: It's time to say it. FSU is not "off to a slow start." FSU is not "struggling." FSU is a really bad team this season, and seemingly getting worse. This Friday night road loss puts Noles at 2-5, with even a minor bowl game looking more and more doubtful.

FIU 41, Marshall 30: Butch Davis' Panthers were 17-point road underdogs but started fast and held on for a huge win for the program in improving to 5-2. Cats stay in hunt for Conference USA title, and what a coaching rebirth so far for Butch!

No. 3 Georgia 42, Florida 7: Gators had won 21 of previous 26 meetings, but that meant zero in Jacksonville at this year's "World's Largest Outdoor Cocktail Party." Bulldogs were angling to get into SEC title game and CFP playoff, were 14-point favorites and had their way to drop Florida to 3-4.

Houston 28, No. 17 South Florida 24: Upset! Oh my. Percolating Bulls were 11-point home favorites but suffered first loss, are now 7-1 and could fall from polls or close to it.

FAU 42, Western Kentucky 28: Lane Kiffin's Owls took care of business with a tidy road win to improve to 5-3 and stay in hunt for C-USA title.

No. 18 UCF 73, Austin Peay 33: Hope you had the 'over.' Knights now 7-0 after rolling over and through their Ohio Valley Conference foe.

THE LIST: STATE-COLLEGE FOOTBALL SALARIES: Income this season for the state of Florida's seven FBS-level head coaches, based on USA Today's annual database:

*-Richt salary is based on published reports. He was not included in USA Today database because UM is a private school.