Quick-thoughts column off 19-17 win: Click on Lucky, But Maybe That's Justice to read.

DOLFAN SATISFACTION METER: G1: 81.9%: Results are certified for the first week of our blog's 10th season of Dolfan Satisfaction Meter postgame polls, and they 81.9 percent overall satisfaction -- the combination of "very" and "somewhat" satisfied votes -- in the wake of Sunday's 19-17 victory at the Los Angeles Chargers in Miami's Irma-delayed season opener. The DSM is a continuous weekly gauge of how Dolfans are feeling about the team and its direction. Right after each game I invite you to share your overall degree of satisfaction. Criteria for voting is your own, but I suggest fans consider the most recent game's performance and caliber of opponent, season as a whole, direction the club is heading and your overall degree of optimism -- all in the context of reasonable expectations. Results are certified official the morning after one full day of voting. In this case that was around 7 a.m. today/Tuesday.

G1: DOLPHINS 19, @CHARGERS 17: Final quick thoughts: The excuses were all lined up. Neat, right in a row. Hurricane Irma. A delayed opener. A quarterback new to the team. Practices moved across the country. Philip Rivers. A late distraction involving one of their own players, Lawrence Timmons, going AWOL on the eve of the game. The Miami Dolphins didn't any of those excuses. They did need some luck -- a narrowly missed 44-yard Los Angeles Chargers field goal in the last seconds -- but that seemed fitting, didn't it? The Dolphins endured a lot in the buildup to this season. Sunday? It felt like a reward. Quick takes? Trust this offense. No, 19 points isn't a lot, but all the J's showed up. New QB Jay Cutler was a sharp 24 for 33 for 23- yards and TD, a 101.8 passer rating. Jay Ajayi rushed 28 times for 122 yards. Jarvis Landry caught 13 balls for 78 yards. (Oh, and DeVante Parker was the deep threat we envisioned, and Kenny Stills caught a TD pass). This offense will percolate once everyone is comfy with it. The issue? Pass defense. Rivers sliced through Miami 31 of 39 for 331 yards and a TD. He led the game-winning late drive, but for the providence of an inexperienced kicker missing wide-right on a very makeable field goal. Bottom line? Yeah, the Dolphins were lucky to win in the end. But, after this week, it felt like this team sort of deserved that luck ..... 4Q: Dolphins win as Bolts missed last-second 44-yard FG! ... MIA 19-17 with 1:05 left on Parkey 54-yard FG ... MIA within 17-16, settling (again) for a short FG, mid-quarter ..... 3Q: MIA within 17-13 on 28-yard FG after after killer sack on 3rd down ... LAC back up 17-10 on Rivers-Gates hookup ... MIA 10-10 on Cutler 29-yard TD pass to Stills ..... Halftime thoughts: If I told you Jay Cutler was 13-for-16, Jay Ajayi was 11-for-56 and Jarvis Landry had 8 catches, would you have imagined Miami trailing 10-3 at the half? Me neither. The big issues: Fins need to open up the offense. Second, Philip Rivers is having his way. Miami pass defense needs to be much better ..... 2Q: LAC 10-3 on Gordon 1-yard run ... LAC 3-3 on 41-yard FG ..... 1Q: Low-watt first quarter. Meaning dull ... MIA 3-0 on Parkey 30-yard FG ..... [Click on Week 2 Gems for all latest NFL picks] Thanks to Hurricane Irma, today's 4 p.m. kickoff is the latest Game 1 on the calendar that Miami will have played since 1977. It also will be the now-it-counts debut for new Dolphins QB Jay

Cutler, in for injured Ryan Tannehill. Oh, and of course this will mark the Chargers’ first real game in L.A. since 1960, after 56 years in San Diego. That’s lots of wild cards tossing unusual unpredictability into the mix here. But the drama doesn't end there. Sunday morning came the news that veteran linebacker Lawrence Timmons, upset over something, had

essentially gone AWOL from the team and will not play today, Chase Allen starting in his place. That's doubly troubling. First, he's supposed to be a team leader as a major offseason addition. Second, the LB line was weak/thin to begin with. Philip Rivers' eyes must be wide as saucers, his smile just as wide. But I'm still hedging my bet with Bolts winning outright but Fins covering the bet-line as 3 1/2-point road underdogs. Miami figures to pound the ball with Jay Ajayi vs. a run-D that gave up 140 yards last week. That gives Miami a big, big upset shot. Bottom line, though, for me? Rivers is really good, and I won’t quite trust MIA's pass-stopping (or defense in general) until shown why I should. Also, think the Irma-caused time off, distraction and practice-schedule havoc will hurt and find the Fins a step slow as they work through the rust and catch up to real-season pace. The Timmons mess doesn't help. Dolphins have a load to overcome today. My pick: Chargers, 27-24. 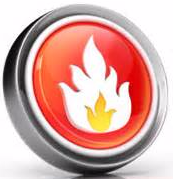 1. DOLPHINS: Finally, the Fins ... and they win!: Thanks to Hurricane Irma and its after-effects the Dolphins' season opener Sunday at the Los Angeles Chargers was Miami's latest Game 1 since 1977. Worth the wait? Miami needed luck of a late missed field goal to win, but after what this team had endured, that felt deserved.

2. HURRICANES: Irma'd Canes set to resume season: We should be talking about that great Miami-Florida State game on Saturday. Except it got Irma'd. With one game at Arkansas State canceled and another at FSU postponed 'til Oct. 7, UM will finally resume its season this coming Saturday at home vs. Toledo after practicing all week in Orlando. Irma, could you be any more annoying!? Seriously.

3. MARLINS: Can Stanton still do it?: Reeling Fish have lost 16 of past 19 entering three-game home series vs. Mets starting tonight, after three hurricane-displaced "home" games in Milwaukee. (Thanks again, Irma!) But big question is if Giancarlo Stanton, stuck at 54 homers, can still rally to get to Roger Maris' steroids-free record of 61.

4. BASEBALL: Indians set mark for consecutive wins: Cleveland Indians fans haven't cheered a World Series champion since Lou Boudreau's 1948, but at least they have this. Their 22nd consecutive victory broke the MLB record of 21 set by the Chicago Cubs in 1935. Hmm. Cavaliers, now this. Is there hope yet for the Browns? Naahh!

5. PANTHERS: Cats open training camp; preseason on deck: The Cats opened their NHL training camp Friday and will play their first preseason games this Tuesday with a doubleheader in Nashville. It snuck up on us but now it's here. Hockey!

6. NASCAR: Road to Homestead has begun with playoffs: Chicagoland on Sunday hosted the first NASCAR playoff race, won by Martin Truex Jr., leading to the season finale at Homestead, with 16 drivers making it. Unfortunately, no Dale Earnhardt Jr., so no shot at a storybook finish to Junior's final season.

7. HEAT: Miami locks up Richardson, readies for camp: While we were busy tracking hurricanes, the Heat signed guard Josh Richardson to a four-year, $42 million extension and open training camp next week. If they can bottle last season's second half, conference finals aren't out of question.

8. GATORS: Florida beats Tennessee on Hail Mary: The Gators beats Vols 26-20 when a last-second Hail Mary touchdown bomb broke a tie in Gainesville. Not sure if this'll be a great season for UF. But it was a great Saturday.

9. FIGHTING: Canelo, Golovkin in an exciting draw: We all hate ties, but last night's Canelo Alvarez-Gennady Golovkin draw in Las Vegas was about as exciting as indecision gets. Rematch. Cha-ching!

10. FAU: Owls win first game for Lane Kiffin: FAU won at home 45-0 over Bethune-Cookman for Lane Kiffin's first win as Owls coach. Muted celebration, I hope. FBS teams that lose to bethune have to wear dunce caps for a week.

Missing the HB10 cut: Two brothers featured in the Netflix series "Last Chance U" were charged in connection with a fatal stabbing. Pardon me while I try to feign surprise ..... Floyd Mayweather said of Donald Trump: "He speak like a real man." Mayweather? He speak like a real man intent on dropping the second 's' off the word 'speaks' ..... Adrian Peterson said of his Saints debut, "I didn't sign up for nine snaps." A.P. ties for the NFL lead in earliest complaint ..... Marshawn Lynch was fined for showing middle fingers to TV cameras. Or, did that go without saying?

3. Islanders at Rangers, 7 p.m.: Jonesing for hockey? It's the NHL preseason!