The latest Hot Button Top 10 (updated): Mayweather-McGregory won, but see what else lands where in our newest list; plus new Sunday column on Stanton's rising place in history, reason for optimism on Dolphins, HB Daily (Mon) & more

1) It is MONDAY, AUGUST 28. Dolphins time! Know any die-hard Dolfans? Surprise and delight them with our new book on club's first half-century. Learn more or order here: Fins At 50. 2) In The Previous Blogpost (ITPB): Mayweather-McGregor polls and results, Dolphins drop Fake Game 3, Stanton pace at 63, latest 'Back In My Day' video & more. 3) Join us on Twitter @gregcote. Also Facebook, Instagram, Periscope and Snapchat.

Latest Dolphins column: Offense will make up for shortcomings on D: What's winning, Dolfans? Is it the optimist inside you? Or the pessimist within who always seems closer at hand? Side with optimism, I say. Here's why: This Dolphins offense will be better than the defense is bad. Click on Dolphins' Double-Jay Attack Portends Dynamic Offense to read. 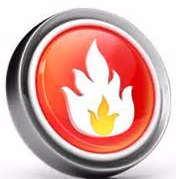 1. FIGHTING: Mayweather-McGregor lives up to hype in Money win: The anticipation, the hype, the crowd in Vegas, the record setting pay-per-view audience. Floyd Mayweather and Conor McGregor needed a heck of a show to meet expectations Saturday night. Did they deliver? Yes. Mayweather was uncommonly aggressive in scoring a 10th-round TKO, McGregor was a legit, worthy foe and I doubt many PPV buyers felt cheated.

2. MARLINS: Stanton surge lifts Fish into wild-card hunt: As Sunday wrapped three-game mini-homestand vs. Padres, Miami has climbed into playoff hunt, Giancarlo Stanton is chasing 60 homers -- with 50 now, his pace is 63 -- oh, and Jeffrey Loria is on way out. Somebody pinch me!

3. HURRICANES: Countdown 5 days to opener for Rosier, UM: Canes and newly named starting QB Malik Rosier host Bethune-Cookman this Saturday at The Rock in Week 1 of Mark Richt's second season. It's a soft opening that should be an easy win for The U. That's with all due respect to Bethune ... which isn't due much.

4. DOLPHINS: 'Dress rehearsal' loss leaves mixed signals: What to discern from Thursday's 38-31 Dolphins loss in Philly in Fake Game 3? Don't worry about Miami's Jay-Jay offense led by Cutler and Ajayi. But do worry (a lot) about that defense, especially against the pass.

5. NFL: It's Draft Day in America!: Sunday, yesterday, was when most fantasy drafts were held nationwide, according to ESPN.com, which hosts more leagues than any other outlet. I re-thought my draft strategy after loading up last year on a kicker, defense and tight end with my first three picks.

6. COLLEGE FOOTBALL: FSU, Florida in marquee games as season kicks off: The two biggest Week 1 games in the country this coming Saturday will have a state flavor as No. 3 Florida State plays No. 1 Alabama in Atlanta and No. 17 Florida hosts No. 11 Michigan. Alas, bettors think the Noles and Gators both will be starting off 0-1.

7. FIU/FAU: New coaches Davis, Kiffin prepare for debuts:  FIU visits UCF on Thursday and FAU hosts Navy on Friday in the coaching debuts for the Panthers' Butch Davis and Owls' Lane Kiffin. Both are "name" coaches. Now we see if they'll also be "winning" coaches, too.

8. FELO RAMIREZ: R.I.P. to Marlins broadcasting legend: A sentimental nod to a radio icon who broadcast Marlins games from the franchise's start in 1993. He passed away at 94, and to call Ramirez the Spanish-language Vin Scully would compliment both men.

10. YOUTH BASEBALL: Little League World Series crowns a champion: The International champion (Japan) beat the U.S. champion (Lufkin, Texas) for the grand title Sunday in Williamsport, Pa. May the best team (or the one with the best fake IDs) win.

Missing the HB10 cut: First the Heat sought Gordon Heyward in free agency only to see him sign with Boston. Then Miami inquired about trading for Kyrie Irving, but Cleveland's asking price was too high, and Celtics landed Irving, too. Or did they? Trade has hit snag over Thomas' health and, like a teenage marriage, may yet be annulled ..... Hey anybody know when that solar eclipse is happening? Say what!? Oh. How was it? ..... The 49ers' Katie Sowers has become the NFL's first openly gay coach. Given the job security of that profession, she'll also be the NFL's first openly gay coach to be fired .....  More than 1,000 turned out for a rally in support of Colin Kaepernick at NFL headquarters. Should have called it an anti alt-right rally. Would-a gotten a lot more people ..... ESPN removes announcer named Robert Lee from calling Virginia football game. Mamas, quit naming your babies after Confederate heroes.

Select other recent columns -- Stanton the Litmus Test For New Owners (Don't you dare trade him!) Double QB Quandary A Rarity (On Dolphins, Canes' shared upheaval). New Owner, New Hope (Let's party at news Loria agrees to sell to Jeter group). A Diamond, Shining (Giancarlo Stanton's great season). Immortality Calling (Jason Taylor in Hall, now who's next?). Also: Right Time, Right Quarterback. The Uncommon Pressure On the Miami Dolphins. Blockbuster Would Be Slumpbuster for Riley. Paroled But Not Free. Don't Hold Your Breath. An Ageless Wonder, Even In Defeat. All-Star Week Proves Miami's Baseball Potential as Loria Era Ebbs. The Gentleman-Athlete Earned Our Thanks. Heat Lose Twice On Hayward. Bam Is Due Benefit Of Doubt. Make Fun of the Farce, But You'll Watch. No Parade In Sight. A Fall From Greatness And From Grace. NFL's Moral Obligation. The Dolphins' Eight Ifs. Home Run For Miami. The Jose Statue's Positive Purpose. An American Tragedy. History Breathes at UM Sports Hall. Is There A Team Brave Enough for Kaepernick?. Thank You, Mae Riback. A Ghost Tour of Miami's Sports Past. The Miracle of Liberty City. Thank You, Edwin Pope.