1) It is WEDNESDAY, JULY 5. Happy 241st birthday, America! Hope y'all had a safe, wonderful Fourth of July. Our Boston butt was scrumptious! "Let's gooooo States!" 2) Happen to know any Dolfans? Surprise them with our book on club's first half-century. Learn more or order at Fins At 50. 3) In The Previous Blogpost (ITPB): Hot Button Top 10, my Sunday Heat column & more. 4) Join us on Twitter @gregcote. Also Facebook, Instagram, Periscope and Snapchat.

My Heat-lose-Hayward column: "He wasn't worth the money." "Better to sign James Johnson and Dion Waiters." Heat fans may parse it any way they wish to see the glass half full on this, but it won't work. This was a huge loss for the Heat and Pat Riley. It's a double-defeat: Miami not only losing Hayward, but losing him to Boston, not Utah. Click on Heat Lose Twice On Hayward for my new column.

RECOVERY MODE: HEAT STAGGERED BY HAYWARD LOSS, NOW LOOK AHEAD: There were media reports out of Salt Lake City, Boston and Miami all saying how optimistic the Jazz, Celtics and Heat were of signing Gordon Hayward after encouraging meetings. Two-thirds of them proved wrong. The only nedws that mattered came with Hayward saying Tuesday he'd chosen Boston. This is a big defeat for Miami and a very personal one for Pat Riley. You can try to the any way you wish, but it is an 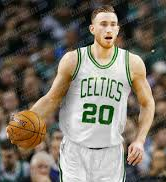 And so it is for Heat.

unequivocal loss for Miami. Period. It means an ultimately disappointing summer of free agency in South Florida. Hayward chose the Fourth of July to declare his independence from Utah, his longtime NBA employer, but in doing so essentially told the world he thought Boston was closer to competing for a championship than Miami, his very decision making that a reality. The Celtics had a built-in edge: Brad Stevens, their coach, coached Hayward in college. Riley tried to overcome that but could not, losing what amounted to a 1-on-1 duel with Celtics counterpart Danny Ainge to convince Hayward where his future would be best spent. Ainge and Riley have had a professional animus since the 1980s, one that in 2013 led Riley to publicly tell Ainge to "shut the f--- up." It was a needed victory for Boston, which hoped to both trade for Paul George and then sign Hayward but missed out on the first half of that dream. It was a sizable loss, too, of course, for the for the Jazz, who lose their rising star and franchise face — despite the fact they could offer him the most money. The Heat and Celtics both offered Hayward what Utah could not: An easier Eastern Conference. A more reasonable path to the NBA Finals that did not include the gargantuan roadblock of reigning champion/dynasty Golden State. Now the defeated Heat are left to prioritize retaining and re-signing their own two top free agents, James Johnson and Dion Waiters, keeping the core of the team that went 30-11 in the past season's second half, and tinkering from there. By signing Hayward, Miami might have been unable financially to keep both Johnson and Waiters and might even have lost both. Heat fans of the glass-half-full variety will go there now, seeing the bright side, convincing themselves that keeping Johnson/Waiters (if they can) will outweigh losing Hayward. Hmm. That's dubious. Hayward was not a tinker. Miami was aiming big with him. He was the top available free agent out there. He was not a "whale," no, but he's an in-his-prime 26-year-old versatile forward coming off a 22-point-average season. He made the 2017 All-Star team. He can shoot the 3. He'd have been a great add for Miami, a budding star, not to mention a big personal triumph for Riley. Now, the Heat is left to parse the disappointment and hope to salvage the summer. The news of Hayward's decision broke mid-afternoon on the Fourth. The fireworks would start booming overhead later Tuesday night. They would not find most Heat fans in the mood to celebrate.

Marlins Park will host Miami's first-ever MLB All-Star Game (and the Home Run Derby the night before). Soon after, on July 29, Hard Rock Stadium will be filled for Barcelona-Real Madrid -- Lionel Messi vs. Cristiano Ronaldo -- in El Clasico Miami (three nights after a Juventus vs. Paris-St. Germain match). In my latest column -- click on Fireworks Fill July in Miami Sports to read -- I suggest the two Super Bowl-scale mega-events make this the biggest July ever in South Florida sports. I'm curious which event you think merits the top of the marquee. This is not a baseball vs. soccer/favorite sport poll. I'm simply curious which you think is the bigger, more prestigious event for Miami to host. Take a dip in our poll and check back often to monitor evolving results.

NARCISSISTS ON PARADE!: ESPN The Magazine's 'Body' issue is out today. It's the ninth annual, because, evidently, there is a continuing and endless parade of athletes who are proud of their physiques to a point of narcissism. There are 16 athletes featured, many of whom I have never heard of. The biggest name probably is former No. 1-ranked tennis player Caroline Wozniacki. Also prominent: Boston stars Julian Edelman of the Patriots and Isiah Thomas of the Celtics. Was the photo shoot of Thomas used to lure Gordon Hayward in free agency? Hey I'm just asking! Wozniacki and Thomas, in all their vain glory, are pictured below. I'll leave to figure out which is which: 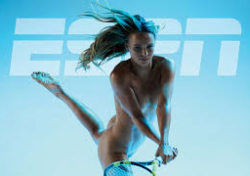 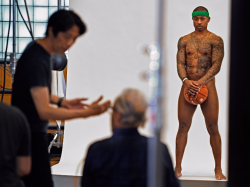 Select other recent columns: Riley Must Beat Ainge to Get to LeBron : On Heat's fight for Gordon Hayward. Bam Is Due Benefit Of Doubt: Heat drafting Bam Adebayo No. 1. Random Evidence: The Shame of Margaret Court: Return of The Notes Column! Make Fun of the Farce, But You'll Watch: Mayweather vs. McGregor. No Parade In Sight: None of our Big 5 teams seems close to championship. A Fall From Greatness And From Grace: Latest in Tiger Woods saga. What's Next, Marlins?: Easy to say blow up the Fish, but harder (and not smart) to do. NFL's Moral Obligation: League must do more for brain-injury sufferers like Buoniconti and Kiick. The Dolphins' Eight Ifs: Explaining dichotomy of opinion on Fins. On The Team's Terms, Not His: What it would take for Heat/Dwyane Wade reunion. Home Run For Miami: Loria selling Marlins. The Jose Statue's Positive Purpose: Controversy over Marlins' planned Fernandez memorial. An American Tragedy: Suicide of Aaron Hernandez. Also: History Breathes at UM Sports Hall, Is There A Team Brave Enough for Kaepernick?, Thank You, Mae Riback, A Ghost Tour of Miami's Sports Past, The Miracle of Liberty City, Thank You, Edwin Pope.