My Sunday column: Venus' remarkable Wimbledon run falls just short: Venus Williams' run at WImbledon was a marvel, no matter that it fell short in Saturday's loss to Garbine Muguruza. At 37 Venus became the oldest woman in a major final since 1994. Click on An Ageless Wonder, Even In Defeat to read. 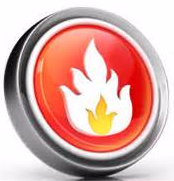 1. MARLINS: Fish back to work (badly) as sale advances: Marlins have dropped three straight, swept Sunday by the Dodgers, in a six-game homestand to start second half. So much for that All-Star bounce. And now there's speculation who might be dealt by July 31 trade deadline. Meanwhile talks to sell the team find Miami billionaire Jorge Mas the apparent new frontrunner. As for Jeffrey Loria, fans say, “No mas!”

2. WIMBLEDON: Federer sets record, Venus loses in final: Big weekend for the old folks. Venus Williams, in her first Wimbledon final since 2009, lost to Garbine Muguruza to miss becoming the oldest woman, at 37, ever to win a major singles title. But, Sunday, Roger Federer, turning 36 in August, beat Marin Cilic for his record eighth Wimbledon crown.

4. DOLPHINS: Fins training camp gets early start this week: Are you (almost) ready for some football? Dolphins rookies report to training camp this coming Thursday, with the full team due July 26. Meanwhile Forbes' annual list said Fins are worth $2.38 billion, making them the world's 25th most valuable team. Chant, on my count: “We're No. 25!”

5. HURRICANES: Annual ACC Kickoff lifts lid on season: The ACC Kickoff & Media Days happened in Charlotte -- the ceremonial arrival of Hurricanes football season. UM second-year coach Mark Richt expressed optimism, um, like every other coach in America does in July. Meanwhile, tap brakes a bit on UM having best defense in nation. Let's see it, not say it.

6. HEAT: Miami rookies wrap up summer league play: Heat rookies (plus second-year man Okaro White) finished the Las Vegas summer league with a 4-2 record after a rough 0-5 in the Orlando portion. Summer league doesn't mean much, but at least it's a minor diversion from who your team failed to sign in free agency.

7. McGREGOR-MAYWEATHER: Fighters shill for upcoming fight: Conor McGrgeor and Floyd Mayweather's barnstorming promotional events for their Aug. 26 fight have been silly, profane, juvenile, outrageous, cartoonish, nasty, racist and possibly scripted. We thought this was boxing vs. MMA, but then pro wrestling showed up.

8. PANTHERS: Released Jagr gets an opportunity, sort of: Florida Panthers released Jaromir Jagr, 45, and he's out of work, but the second-tier minor league Florida Everblades of the ECHL, based near Naples on the state's southern west coast, have offered him a roster spot. The team denied it was a publicity stunt, and everybody brayed laughter.

10. GOLF: British Open commences in four days: Sport's next major is this week at Royal Birkdale, and betting favorites are Dustin Johnson at 8-1, Jordan Spieth 10-1, Jon Rahm 12-1 and Rory McIlroy 15-1, raising the question, "Who on earth is Jon Rahm?!"

Missing the HB10 cut: U.S. soccer beat Nicaragua 3-0 to reach the Gold Cup quarterfinals. If that gets you excited, raise the bar. talk to me when you reach the final, 'Merica ..... President Trump attended the Women's U.S. Open at one of his courses in New Jersey. He should have worn a red cap that said, 'Make the LPGA Tour Great Again By Banning All Those South Koreans So Americans Could Win Again' ..... Tim Tebow has been tearing it up in Single-A baseball. We promise never again to reference Single-A baseball ..... Answer: Aaron Judge fans with those robes, wigs and 'All Rise' signs. Question: What's something that started out clever but will be tired and annoying very fast? ..... Cycling's Tour de France (finally!) ends next Sunday, unless it's canceled because everybody has tested positive ..... "Slow time in sports" defined: Arguing whether Kevin Durant was really mad at that Peyton Manning joke on the ESPYs ..... The WNBA All-Star Game is in six days. Are you as excited as I am? Bet you are! ..... I'm not sure of LaVar Ball has been speaking lately, but shut up, anyway! ..... The X Games end Sunday In Minneapolis. Speaking of contrived "sports" whose "athletes" need to get real jobs, how 'bout that World Series of Poker, huh!?

1. Philadelphia at Marlins, 7:10 p.m.: Fish try to recover from sweep by Dodgers.

Select other recent columns -- Our Miami All-Star Week columns: All-Star Week Proves Miami's Baseball Potential as Loria Era Ebbs: From Tuesday's ASG. Verdict to Judge, But Marlins Come Up Big: From Home Run Derby. Home Run Derby Is King: Why power show has become bigger than ASG. Miami Loves Hosting, Just Has A Funny Way Of Showing It: We're not typical All-Star host. There Should Be A Place For Ichiro: Honoring such greats should be what All-Star Game is about. Others: Venus, Rising: On Williams' Wimbledon run to finals. to read the column. The Gentleman-Athlete Earned Our Thanks: A farewell to Bosh. Heat Lose Twice On Hayward: Top free agent picks Boston. Bam Is Due Benefit Of Doubt: Heat drafting Bam Adebayo No. 1. Make Fun of the Farce, But You'll Watch: Mayweather vs. McGregor. No Parade In Sight: None of our Big 5 teams seems close to championship. A Fall From Greatness And From Grace: Latest in Tiger Woods saga. What's Next, Marlins?: Easy to say blow up the Fish, but harder (and not smart) to do. NFL's Moral Obligation: League must do more for brain-injury sufferers like Buoniconti and Kiick. The Dolphins' Eight Ifs: Explaining dichotomy of opinion on Fins. Home Run For Miami: Loria selling Marlins. The Jose Statue's Positive Purpose: Controversy over Marlins' planned Fernandez memorial. An American Tragedy: Suicide of Aaron Hernandez. Also: History Breathes at UM Sports Hall, Is There A Team Brave Enough for Kaepernick?, Thank You, Mae Riback, A Ghost Tour of Miami's Sports Past, The Miracle of Liberty City, Thank You, Edwin Pope.