1) It is MONDAY, JULY 10. Classy. Chris Bosh with a full-page ad in Sunday's Miami Herald, a thank-you letter to Miami and Heat fans. 2) Know any Dolfans? Delight them with our book on club's first half-century. Learn more or order at Fins At 50. 3) In The Previous Blogpost (ITPB): An homage to Bosh and Ichiro, ESPN Mag's 'Body' issue poll, Heat rebound with Olynyk, your Barcelona-Real Madrid vs. All-Star Game verdict, McCartney and Rod/Cyndi concert reviews & more. 4) Join us on Twitter @gregcote. Also Facebook, Instagram, Periscope and Snapchat.

Home Run Derby Is King: Why the Monday power show has become bigger than even the All-Star Game.

Miami Loves Hosting, Just Has A Funny Way Of Showing It: We are definitely not a typical All-Star host.

There Should Be A Place For Ichiro: Honoring greats like Ichiro should be what All-Star games are about.

YOUR MIAMI ALL-STAR PRIMER: GRADING THE BIG FOUR EVENTS: It's been all build-up, fan fests and ancillary events. Until now. Sunday began the real stuff as the Miami All-Star Week festivities swung to Marlins Park and action on the field:

TODAY: HOME RUN DERBY -- Yankee Aaron Judge beats Twins' Miguel Sano in final of 33rd annual HR Derby. Defending champ Giancarlo Stanton of Marlins bowed out in first round and so did teammate Justin Bour, but both with dramatic one-home losses. Judge beast Bour in a 23-22 epic. The HR Derby is more popular than ever and this year featured among its 10 participants the hometown hero Stanton, who wrecked the record book in winning last year, and the phenom Judge, the talk of 2017. It was a terrific show, and a living up to billing by Judge. Event grade: A. To many fans, this event is more anticipated than the ASG itself.

TUESDAY: 88TH ALL-STAR GAME -- It's NL vs. AL (7:30 p.m., Fox) in the Midsummer Classic, just as it has been since the 1930s. Marlins have Marcell Ozuna as an NL starter and Stanton as a reserve. After 14 years with the winner determining home-field advantage in the World Series, the ASG is back to purely ceremonial this year. That's good and makes sense, although it does make the game less important -- all showcase. Mike Trout will miss the game injured and other guys of special interest to Miami (Miguel Cabrera, Manny Machado ) didn't make the team, but the game won't lack for starpower. Event grade: B. Nobody really cares who wins. And the game MVP will be second-star of the week after the Derby champion.

SUNDAY: FUTURES GAME / ALL-STAR LEGENDS & CELEBRITY SOFTBALL GAME --  Futures Game: The U.S. beat the World team 7-6 in the sparsely attended Futures Game featuring top minor-leaguers, some of whom might be playing in the Tuesday ASG in a few years. It was 19th annual event, with U.S. now leading the World 12-7. Marlins participants were 3B Brian Anderson and pitchers Tayron Guerrero and Jonathan Hernandez, all from Double-A. Mike Trout, Kris Bryant, Christian Yelich and many future stars have passed through the Futures Game. The fun is trying to pick out the future stars from this one-game sample. Event grade: C-plus. You likely hadn't heard of any of the players, but still a fun  game with big meaning for the participants. All-Star Legends & Celebrity Softball Game: This hit 'n giggle affair followed the Futures Game, and drew a much bigger, full crowd. Former players in it included Pudge Rodriguez, Andre Dawson and Rickey Henderson. "Celebrities" included Jamie Foxx and a bevy of not-really-stars such as Dascha Polanco, William Levy, Jencarlos Canela and others you've likely not heard of, either. Event grade: D. Old former players and mostly C-list celebs pretending to play softball. An adjunct of All-Star Week begging to be retired.

MIAMI ALL-STAR WEEK POLL: Just for fun, let's pretend the Television God (who can be mean) has decreed you can only watch Monday's Home Run Derby or Tuesday's All-Star Game -- but not both. You must choose. So go ahead. I dare you. Which interests you more? Vote and check back often to monitor evolving results: 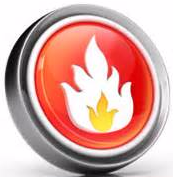 2. HEAT: Team recovers admirably from Hayward loss: Miami suffered big free-agency loss with Gordon Hayward choosing Boston, but recovered nicely by getting the Celtics' Kelly Olynyk and also re-signing Dion Waiters, James Johnson and Wayne Ellington. Pat Riley was on the canvas, but not long, then the Godfather got up.

3. MARLINS: Hot Fish ride 10-game road trip into break: Marlins completed long road trip Sunday in San Francisco winning six of past eight games to close season's first half and head home to host All-Star festivities. After the break, with playoff contention still a longshot, we'll settle for a completion of the sale of the team, thank you.

4. CHRIS BOSH: Quietly, last of Big 3 officially departs Heat: It happened on Fourth of July in midst of Gordon Hayward's decision so got overshadowed, but the last of the Heat's Big 3 era officially ended this past Tuesday for the gentleman-athlete whose career was felled by blood clots. He said thanks to fans in a full-page Sunday letter in the Herald. Classy. Farewell, Chris.

6. WIMBLEDON: Fortnight in London begins second week: Play resumes today. An American man last won Wimbledon in 2000 (Pete Sampras), and a U.S. woman not a Williams sister hasn't won since 1999 (Lindsay Davenport). With Serena out on maternity leave, anybody betting that's about to change?

7. NBA: Harden gets richest contract extension: Houston gave MVP runnerup James Harden a four-year extension (through 2022-23) worth $170, richest extension in league history. So his Mom was wrong, after all, when she said, "No company will ever hire you with that beard!"

9. TOUR DE FRANCE: Signature cycling event nears midpoint: Monday is 10th of 23 daily Stage races. Not positive who's leading at the moment, but whomever it is, take a urine sample, please.

10. ESPY AWARDS: Manning to host event's 25th edition: ESPN's silver-anniversary ESPY Awards play out Wednesday night with Peyton Manning hosting. Betting over/under on variations on that seven-syllable "Nationwide is on your side" jingle: 1,065.

Missing the HB10 cut: Lonzo Ball had an awful summer-league debut for the Lakers. Cannot confirm rumors his signature sneakers have been marked down to $469.95 ..... Heat summer-league team won its first in Las Vegas Saturday after going 0-5 in Orlando. So apparently what happens in Vegas does not stay in Vegas ..... Amanda Nunes pulled out of UFC 213 because she was sick. Sick of getting kicked and punched, probably ..... Police first said Venus Williams was at fault in a deadly auto accident and then said she wasn't. Um, pretty bad mistake to make, cops! ..... Sentences I Never Imagined Writing, one in a series: "Todd Marinovich is making a comeback at age 48. Marinovich was most recently in the news when arrested on drugs while naked." ..... An old friend once observed that "99 percent of people look better with clothes on." That reminds me, ESPN The Magazine's ninth annual 'Body' issue just came out as the usual parade of ego-drenched athlete narcissism ..... Actual headline this week: "FBI investigated complaints that Bobby Knight groped women during visit to U.S. spy agency" ..... Countdown: 20 days 'til Barcelona-Real Madrid, a bigger event for Miami than even the All-Star Game, according to blog and Twitter polls by me ..... Answer: "He spent the Fourth of July in Ghana searching for his 'personal independence' and decrying the American holiday." Question: Why do NFL teams continue to not sign Colin Kaepernick? ..... Tom Brady is writing  a self-help book about conditioning and fitness. His main suggestion to others: Have incredible talent, become really rich, be exceptionally handsome and marry a supermodel ..... Cowboys QB Dak Prescott is accused of using a machine to stamp his autographs. That's terrible! Back in my day, star QBs had the decency to have the team trainer hand-forge their signature ..... On Thursday ESPN will debut a 30 for 30 documentary on the Mike and The Mad Dog radio show, perhaps the strongest indication yet they truly have run out of good ideas ..... The four-day X Games begin this Thursday in Minneapolis, answering the question, "The X Games are still around!?!"

POLL RESULT: THUMBS DOWN FOR RIDICULOUS 'BODY' ISSUE: We asked, "What do you think of ESPN The Magazine's annual 'Body' issue?" And "ridiculous" routed "great" by 53.4 percent to 28.8%. The other 17.8% were undecided.

2. Heat vs. Washington, 4:30: Miami kiddies in another Vegas summer-league game.

3. Wimbledon, underway: Round of 16 matches as play resumed in London.

Select other recent columns: The Gentleman-Athlete Earned Our Thanks: A farewell to Bosh. Heat Lose Twice On Hayward: Top free agent picks Boston. Riley Must Beat Ainge to Get to LeBron: On Heat's fight for Hayward. Bam Is Due Benefit Of Doubt: Heat drafting Bam Adebayo No. 1. Make Fun of the Farce, But You'll Watch: Mayweather vs. McGregor. No Parade In Sight: None of our Big 5 teams seems close to championship. A Fall From Greatness And From Grace: Latest in Tiger Woods saga. What's Next, Marlins?: Easy to say blow up the Fish, but harder (and not smart) to do. NFL's Moral Obligation: League must do more for brain-injury sufferers like Buoniconti and Kiick. The Dolphins' Eight Ifs: Explaining dichotomy of opinion on Fins. Home Run For Miami: Loria selling Marlins. The Jose Statue's Positive Purpose: Controversy over Marlins' planned Fernandez memorial. An American Tragedy: Suicide of Aaron Hernandez. Also: History Breathes at UM Sports Hall, Is There A Team Brave Enough for Kaepernick?, Thank You, Mae Riback, A Ghost Tour of Miami's Sports Past, The Miracle of Liberty City, Thank You, Edwin Pope.