Latest Hot Button Top 10 (updated), starring Heat and Hayward, Fish All-Star selections, farewell to Jagr. See who else makes it and what falls where; plus my Sunday column, HB Daily (Mon) & more

1) It is MONDAY, JULY 3. Ready for the Fourth. I'll have a butt in the Egg! 2) Happen to know any Dolfans? Surprise them with our book on club's first half-century. Learn more or order at Fins At 50. 3) In The Previous Blogpost (ITPB): Heat chase Hayward in free agency with poll, your Serena-McEnroe verdict & more. 4) Join us on Twitter @gregcote. Also Facebook, Instagram, Periscope and Snapchat.

Sunday column: Riley-Ainge animus the back-story to Heat free agency: LeBron James and Danny Ainge are the two men Pat Riley most wants to beat. Now, Riles must top one (for Gordon Hayward) for a chance to topple the other. Click on Riley Must Beat Ainge to Get to LeBron for my latest Sunday column. 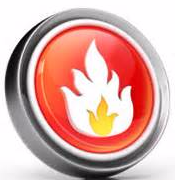 1. HEAT: Free agency underway as Miami, Riley woo Hayward, now wait: Heat summer league play for rookies is underway in Orlando (Miami is 0-2) but nobody cares. It's free agency! Pat Riley season! No LeBron- or Durant-sized whales are changing teams this summer, so Heat has top-target Gordon Hayward as its priority. But Celtics want him, too, so Riley will have to out-duel his most disliked fellow executive, Danny Ainge, to get him. All await Gordo's big decision. Delicioso!

2. MLB: Ozuna, Stanton make it on Selection Sunday for Miami All-Star Game: Baseball on Sunday evening reveal its NL and AL starters and full rosters for next week's All-Star Game at Marlins Park, and two Fish made make it. Marcell Ozuna is in as a fan-vote starter, and Stanton made it as a reserve, or we'd have called the Snub Police to report a crime. Justin Bour is on the last-man-in ballot, so Miami could sneak in a third player.

4. MARLINS: Fish on 10-game road trip prior to break: Miami was on a four-game losing streak and 0-2 on this road swing before Sunday's win. This 10-game trip that will bring the season to the All-Star Break here. Meanwhile, looming ever closer: Jeffrey Loria's long-awaited and now imminent sale of the team to … somebody.

5. NBA: Winning the summer yet again: Steph Curry signs record deal with Golden State, which also gets Andre Iguodala back. Paul George to Oklahoma City. Chris Paul joins Houston. Blake Griffin stays with Clippers. Blockbuster summer already for the NBA. Might be for Miami, too, depending on what Gordon Hayward decides.

6. WIMBLEDON: Williams sisters in news as fortnight begins: Bad week for Serena and Venus on doorstep of Wimbledon, which starts Monday. Serena, out on maternity leave, found herself enmeshed in that silly John McEnroe controversy over whether she could beat the 700th-ranked man. Worse: Venus, who's playing today, is being sued for allegedly causing an auto-accident death.

8. BOXING: Pacquiao loses in Australia: Manny lost his first fight in eight months in a controversial upset decision to Jeff Horn in Brisbane. Many thought Pacquiao actually won. Nonetheless, it may be time for PacMan to think about calling it quits.

10. COLLEGE BASEBALL: Gators win national title: Florida won College World Series to become only the fourth school to have won national titles in football, baseball and men's basketball. Wait. I work in Miami. Am I allowed to say that?

Missing the HB10 cut: The Tour de France is underway. It was more interesting when it was wracked by scandal. Can we start a Lance Armstrong comeback rumor? ..... A die-hard Dolfan living in England got married in a Dolphins helmet, saying his vows through a facemask. So it is true. Being a Dolfan will drive you crazy ..... Team USA got clobbered 7-1 by New Zealand in America's Cup sailing. How great would it be if there arose a scandal in which the Kiwis were found to have illegally used outboard motors! ..... Upon re-signing Blake Griffin, L.A. Clippers employees wore T-shirts that likened Griffin's influence to that of Martin Luther King Jr., Muhammad Ali, Abraham Lincoln and Albert Einstein. Which is ridiculous. What did those other guys ever to to earn Blake Griffin's company!? ..... ESPN The Magazine's ninth annual Body issue comes out this Wednesday. Dear Athletes: Modesty is a virtue, or hadn't you heard? ..... For the first time since 1988, ABC-TV this week revived the series, Battle Of the Network Stars, begging the question, "WHY!?!"

2. Wimbledon, ongoing: First round matches on Day 1 from London.

Select other recent columns: Riley Must Land Hayward Or Griffin to Keep Pace: Previewing Heat free agency. Bam Is Due Benefit Of Doubt: Heat surprisingly drafting Bam Adebayo No. 1. Random Evidence: The Shame of Margaret Court: Return of The Notes Column! Make Fun of the Farce, But You'll Watch: Mayweather vs. McGregor. No Parade In Sight: None of our Big 5 teams seems close to championship. A Fall From Greatness And From Grace: Latest in Tiger Woods saga. Harris Vs. Fins' Draft Drought: High hopes for top pick Charles Harris. What's Next, Marlins?: Easy to say blow up the Fish, but harder (and not smart) to do. NFL's Moral Obligation: League must do more for brain-injury sufferers like Buoniconti and Kiick. The Dolphins' Eight Ifs: Explaining dichotomy of opinion on Fins. On The Team's Terms, Not His: What it would take for Heat/Dwyane Wade reunion. The Kid From Pampa: Why Dolphin draft's late rounds matter. Home Run For Miami: Bush/Jeter group as frontrunner to buy Marlins. The Jose Statue's Positive Purpose: Controversy over Marlins' planned Fernandez memorial. An American Tragedy: Suicide of Aaron Hernandez. Also: History Breathes at UM Sports Hall, Is There A Team Brave Enough for Kaepernick?, Thank You, Mae Riback, A Ghost Tour of Miami's Sports Past, The Miracle of Liberty City, Thank You, Edwin Pope.