« Poll: Who's next? Which South Florida Big 5 team is closest to championship? Last day to vote!; plus your call on top five biggest current Miami sports stars! (Is who's No. 1 a surprise?); also, Facebook Live, Hot Button Daily (Sat) & more | Main | The 'Random Evidence' notes column returns with the shame of Margaret Court leading off; plus the new Back In My Day (Privileged Pets), your Mayweather-McGregor verdict, Hot Button Daily (Wed) & more »

1) It is MONDAY, JUNE 19. Hope it was a Happy Father's Day to all my fellow padres out there except LaVar Ball. Hope y'all had a wonderful Sunday with loved ones! 2) We talked Heat, Dolphins and other stuff in our Miami Herald Facebook Live debut last week. If you missed it, click here to watch. Also ICYMI, check us on Facebook, Twitter and Instagram for a pictorial of our recent 12-day day European vacation in Spain, Italy and France. 3) Know any Dolfans? Surprise them with our book on club's first half-century. Learn more or order at Fins At 50. 4) In The Previous Blogpost (ITPB): Miami's next-champion poll, your verdict on Mount Rushmore-Plus of South Florida's biggest current sports stars & more. 5) Join us on Twitter @gregcote. Also Facebook, Instagram, Periscope and Snapchat.

MAYWEATHER-MCGREGOR: WILL YOU WATCH?: It's official for Aug. 26 in Las Vegas. Boxing icon Floyd Mayweather vs. UFC star Conor McGregor (under boxing rules) in their much-awaited, long-delayed fight. It's a hybrid/oddity that has been criticized as a farce by some, especially with Mayweather a prohibitive betting favorite. It is the fight you hate to love and love to hate. I write about the polarizing nature of this event in my latest Sunday column; click on Make Fun of the Farce, But You'll Watch to read. There is speculation the event could break records for pay-per-view revenue, because it will draw boxing fans, UFC fans, spectacle junkies and curiosity seekers. Yet for some reason, interest in this fight is a guilty pleasure. I think far more are actually interested in watching this fight than might admit it. So let's find out with this poll. Vote honestly.

HOT BUTTON TOP 10 (UPDATED): WHAT SOUTH FLORIDA SPORTS FANS ARE TALKING ABOUT: Our blog-exclusive every-Sunday feature, updated Mondays, is part week-in-review, part look-ahead. Hot Button means what's on our minds, locally and nationally, but from a Miami perspective, as the sports week just past pivots to the week ahead. After a two-week vacation hiatus, we return with this week's HB10: 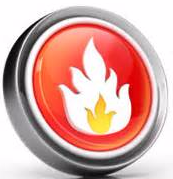 1. HEAT: Draft, then free agency on deck for Miami: Heat select 14th overall in this coming Thursday's NBA Draft, team's third-highest pick since Dwyane Wade in 2003, and the free agency period soon follows. Miami and 28 other teams enter the summer all trying to figure out the same thing: How to close the wide gap with the champion Golden State Warriors?
2. MARLINS: Best homestand of season begins tonight: With Miami hosting All-Star Game in only three weeks, Marlins open their sexiest homestand of the season starting Monday vs. the NL East power Nationals, then reigning champion Cubs, then division-rival Mets. Fish have been 10-2 at Marlins Park since that nightmarish 1-8 homestand in May.
3. PANTHERS: Cats hire coach; Ovechkin on radar?: Florida hired Bob Boughner as a first-time NHL head coach amid rumors team may be among suitors for Washington scoring star Alex Ovechkin, who seems at crossroads with Capitals. Ovechkin, a seven-time 50-goal guy, would give Cats their most dynamic scorer since Pavel Bure in 1999-01.
4. GOLF: Former no-name Koepka U.S. Open: The 117th edition of season's second major got off to weird start in Erin, Wisc., with defending champ Dustin Johnson opening with 75, and an advertising blimp crashing near course. It ended with West Palm Beach native Brooks Koepka making the U.S. Open only his second win on the PGA Tour.
5. NBA: Major trade at top of draft: The Celtics and 76ers agreed to swap the No. 1 and No. 3 overall picks in Thursday's draft, with Philly now planning to select Washington guard Markelle Fultz. It doesn't change likelihood Lonzo Ball and his Dad will go No. 2 to Lakers, unfortunately.
6. BOXING: Mayweather-McGregor is official at last: Boxer Floyd Mayweather and UFC star Conor McGregor will fight under boxing rules Aug. 26 in Las Vegas, it was confirmed last week.BIg outcry it's a farce and will be lopsided, yet the oddity-bout is expected to set pay-per-view records.
7. DOLPHINS: Fins end offseason work: A three-day minicamp wrapped up offseason work, and Dolphins won't assemble again until the late-July start of training camp. Miami players, coaches and fans all seem optimistic for another playoff year, but the Las Vegas over/under on Fins wins is only 7 ½. Hmm. Somebody's wrong here. But who?

9. COLLEGE BASEBALL: CWS underway in Omaha: Eight teams including Florida and Florida State have begun play in Omaha to see which two will reach the three-game championship round. With end of Canes' long NCAA streak, won't be en easy watch for Jim Morris.

10. HURRICANES: UM football No. 15 by one estimation: Mark Schlabach's post-spring Top 25 for ESPN.com has the Canes 15th, for what it's worth. I might share that optimism, if I knew who UM's quarterback will be or if he'll be any good.

Missing the HB10 cut: India and Pakistan are playing a big cricket match somwhere, and I don't understand a word of it ..... Soccer superstar Cristiano Ronaldo may leave Real Madrid after being accused of tax evasion by Spanish authorities. Surprised Real Madrid fans haven't started a GoFundMe to pay what he owes ..... Jim Harbaugh has invited the Obamas to serve as honorary captains at a Michigan game this fall. Cannot confirm Trump has signed an executive order to make honorary captains illegal ..... Want the exact definition of 'your football career  is over'? Comeback-attempting Vince Young got cut by the Saskatchewan Roughriders ..... Sergey Kovalev will protest his eighth-round knockout loss to Andre Ward last night in Las Vegas, but nobody cares because it isn't Mayweather-McGregor ..... Roger Goodell said he does not believe unsigned Colin Kaepernick is being ostracized or blackballed, and everybody else brayed laughter ..... The Reds unveiled a Pete Rose statue depicting his iconic head-first slide. You can tell it's life-like, because there are betting tickets flying out of his rear uniform pocket.

POLL RESULT: MOST NEXT-CHAMPION FAITH GOES TO UM FOOTBALL: We asked which of South Florida's Big 5 sports teams is most likely to win a championship next, and Hurricanes football was your landslide winner with 60.6 percent. After that it was Dolphins with 17.2%, Panthers with 13.3% and, lagging way behind, Heat and Marlins with 4.4% each.

Select other recent columns: No Parade In Sight: None of our Big 5 teams seems close to a championship. A Fall From Greatness And From Grace: Latest in Tiger Woods saga. Harris Vs. Fins' Draft Drought: High hopes for top pick Charles Harris. What's Next, Marlins?: Easy to say blow up the Fish, but harder (and not smart) to do. Big Risk For Big Upside: On chance Heat could land Harry Giles in NBA Draft. NFL's Moral Obligation: League must do more for brain-injury sufferers like Buoniconti and Kiick. The Dolphins' Eight Ifs: Explaining dichotomy of opinion on Fins. On The Team's Terms, Not His: What it would take for Heat/Dwyane Wade reunion. The Kid From Pampa: Why Dolphin draft's late rounds matter. Home Run For Miami: Bush/Jeter group as frontrunner to buy Marlins. The Jose Statue's Positive Purpose: Controversy over Marlins' planned Fernandez memorial. An American Tragedy: Suicide of Aaron Hernandez. History Breathes at UM Sports Hall: Tour of a little-known campus gem. Is There A Team Brave Enough for Kaepernick?: A curiously unemployed QB. Also: Thank You, Mae Riback, A Ghost Tour of Miami's Sports Past, The Miracle of Liberty City, Thank You, Edwin Pope.