1) It is MONDAY, May 22. Happy birthday weekend to my eldest son, Christopher! You grew up good, kid. We love you! 2) Our latest Back in My Day video: Click on BIMD: Gas Jockeys to watch. 3) Happen to know any Dolfans? Surprise and delight them with our book on club's first half-century, Fins At 50. 4) In The Previous Blogpost (ITPB): Analyzing Whiteside's All-NBA snub, your preferred NBA Finals verdict, The List (Heat draft), Chuck Berry's first-ever video & more. 5) Join us on Twitter @gregcote. Also Facebook, Instagram, Periscope and Snapchat.

Sunday column: Another tortured season for cursed Marlins fans: Reeling Fish have lost 20 of past 25 and have second-worst record in baseball. Now the sale of the team to the Bush/Jeter group may be collapsing. Marlins fans -- the diehards, the ones who don't quit -- deserve a medal. Click on Awful Team Continues Marlins Curse for my latest Sunday column. 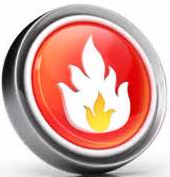 1. NBA: Celtics win, but nothing will stop a LeBron-Steph rematch Finals: OK, well, yes, technically, I suppose the Boston Celtics or San Antonio Spurs could. Butu who are we kidding? Spurs now down 3-0, and Celtics still down 2-1 with Isiah Thomas out even after last night's last-second win after once trailing by 21. (Don't get your hopes up, Beantown). Can't LeBron James' Cleveland Cavaliers and Steph Curry's Golden State Warriors just start the Finals right now?

3. MARLINS: Little smells worse than stinking, rotting Fish: They finally won on Saturday; even so, after a wretched 1-8 homestand, Miami is 1-3 on latest road swing and has lost 20 of its past 25 games to sink to the second-worst record in MLB. Should be quite the festive mood as the stinkin' Fish host that All-Star Week, huh?

5. UM BASEBALL: Canes open ACC tourney on Tuesday: Canes ended a disappointing regular season on the upswing Saturday with a sweep of Virginia Tech and the season's first  four-game win streak. Now, though, UM must come up huge in this week's ACC Tournament in Louisville for any chance to continue its record NCAA playoff streak. Hurricanes open Tuesday at 11 a.m. vs. Georgia Tech.

6. NHL: Can Ottawa and Nashville get off the schneid?: Anaheim has won a Stanley Cup. Pittsburgh has won four, including last year's. The other two conference finals teams, Ottawa and Nashville, have won zero in a combined 42 seasons. So there's your rooting interest, puckheads. (Ottawa is down 3-2 but Nashville can advance with win tonight).

7. AUTO RACING: Pole to Dixon in Indy 500 qualifying: Weekend qualifying that wrapped up Sunday set the field for next week's Indianapolis 500, with Scott Dixon on the pole after the fastest qualifying lap in 21 years. The Indy 500: the one day of the year IndyCar racing owns the motorsports stage and king NASCAR must curtsy.

8. HEAT: Can Spo avoid a complete awards whitewash for Miami?: No Heat player made All-NBA first, second or third teams -- no surprise, although thought Hassan Whiteside might have snuck onto the third. No Heat players is a top-three finalists for any postseason award, either. But! Erik Spoelstra made the final three for Coach of the Year, at least.

9. SAILING: America's Cup sets sail in four days: Biggest event in sailing, the month-long America's Cup, begins this coming Friday in Bermuda. Weird choice for host, no? Ever heard of the Bermuda Triangle? Stay out of it, fellas!

10. SOCCER: Miami FC advances in U.S. Open up: The 104th annual all-comers tournament for the Lamar Hunt U.S. Open Cup has reached the round of 32 with NASL's Miami FC still alive. Local lads next face USL's Tampa Bay Rowdies May 31.

Missing the HB10 cut: The World OutGames Miami, Olympics-style competition aimed at athletes from the LGBT community, kicks off this coming Friday and runs through June 4 ..... Tennis' French Open begins this coming Sunday, but with Serena Williams out pregnant and Roger Federer skipping it, call it the Semi-French ..... Heat didn't get lucky in NBA draft lottery and will pick 14th next month. Still, only four times in Pat Riley era has Miami picked higher ..... Conor McGregor has signed on. Now if they'll offer Floyd Mayweather a ton more, we might have actually have a fight someday! ..... WNBA season is underway. Note to self: Start paying attention, a little, in the playoffs.

HOT BUTTON DAILY / MON 5-22-17: Up to five events on today's sports calendar that interest SoFla most:

Select recent other columns: Big Risk For Big Upside: On chance Heat could land Harry Giles in NBA Draft. NFL's Moral Obligation: League must do more for brain-injury sufferers like Buoniconti and Kiick. LeBron And Steph To the Rescue: How a third straight Warriors-Cavs Finals will save a lopsided postseason. The Dolphins' Eight Ifs: Explaining dichotomy of opinion on Fins. On The Team's Terms, Not His: What it would take for a Heat/Dwyane Wade reunion. Not In Our Stadium: N-word at Fenway and fans' responsibility. The Kid From Pampa: Why Dolphin draft's late rounds matter. Right Pick For Right Reasons: Fins' first-round choice Charles Harris. Home Run For Miami: Bush/Jeter group as frontrunner to buy Marlins. The Jose Statue's Positive Purpose: Controversy over Marlins' planned Fernandez memorial. An American Tragedy: Suicide of Aaron Hernandez. History Breathes at UM Sports Hall: Tour of a little-known campus gem. Spo's Greatest Challenge -- And Triumph: strangest of Heat seasons. Is There A Team Brave Enough for Kaepernick?: A curiously unemployed QB. Also: Thank You, Mae Riback, A Ghost Tour of Miami's Sports Past, The Miracle of Liberty City, Thank You, Edwin Pope.